AUSTIN, Texas — Austin Pride is in full swing, and it all leads up to the big festival and parade through Downtown. It's a time for people to showcase their true selves, with outfits featuring color, sparkle and fun.

Cultural Reporter Brittany Flowers stopped by Lucy in Disguise with Diamonds along with her KVUE crew to find the perfect Pride outfit.

PHOTOS: Austin Pride shopping at Lucy in Disguise with Diamonds 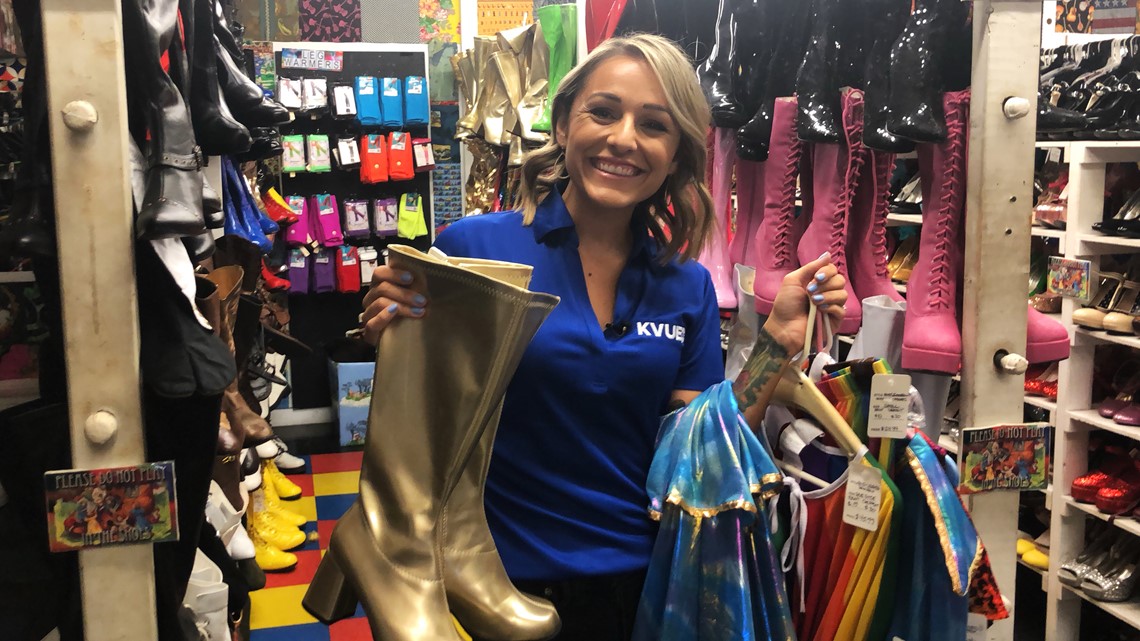 "We try to order stuff year-round that kind of is like rainbow," said Store Manager Jerry Durham. "We have a lot of LGBT staff members as well, and we kind of get that crowd and audience all year, so we don't necessarily ramp it up for Pride, but we always have good stuff."

Lucy in Disguise with Diamonds is an 8,000-sqaure-foot costume shop on South Congress. The store features costumes, masks, wigs and accessories for any occasion. Their staff is creative, and enjoys working with people and thinking outside the box.

And don't worry, if you get too sweaty in your costume they're happy to wash it for you without a problem – or you could choose to buy it instead of rent!

KVUE is a proud sponsor of this year's Austin Pride! We will be live streaming the parade from Downtown Austin and from our float with Freeman Law on Saturday night starting at 8 p.m. You can tune in on KVUE's social media, KVUE.com or AustinPride.org.

Austin's Pride Parade is going to be hot! And the temperatures will be high too