Mike Gleason is a 24-year veteran of the Williamson County Sheriff's Office, and Sheriff Chody has held the top seat since 2017. 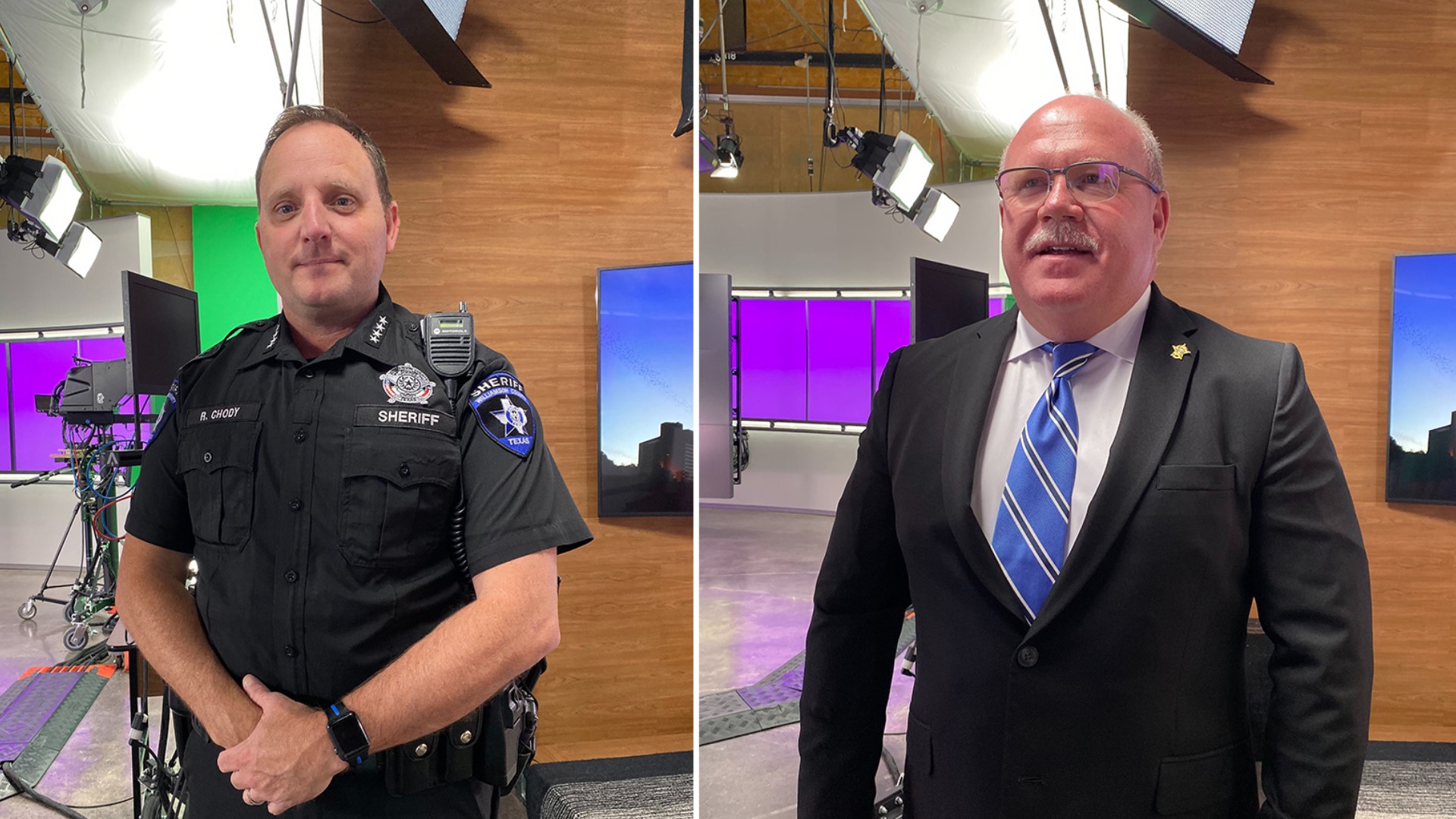 Democrat Mike Gleason is a 24-year veteran of the Williamson County Sheriff's Office – the same department he now wants to oversee.

When Gleason retired in 2016, he was an assistant chief deputy. He wants to return because he says things need to change.

"We helped build that place with one other person to what it is today with hard work – not politics, not backstabbing, not jockeying for positions. We all had to make the same goal," he said.

Some of Gleason's platform includes streamlining the hiring process and instituting civil service protection for employees.

But a big reason for running is the person already in office – Republican Sheriff Robert Chody. He believes Chody played favorites when he shouldn't have.

He pointed to one example that involved the firing of at least two canine deputies over text messages.

"Disparaging comments towards the agency and they were fired for that and not afforded any due process," he said.

"But Steve Deaton did the same thing even on a more heinous level, but all of a sudden he's protected by the First Amendment," Gleason said.

In the meantime, Sheriff Chody has been in office since 2017 and served in law enforcement for a total of 15 years.

He defends his time in office.

Sheriff Chody said he's running for re-election because he wants to finish what he started.

He points to initiatives like the active shooter program involving area churches right after the Sutherland Shootings.

"We had over 700 churches that showed up at Celebration Church to be schooled on active shooter and were also informed on how to create a security assessment team," he said.

He's also proud of the reserve detectives program, which he credits to identifying the victim in the Orange Socks case.

Chody also touts his proficiency in social media, which he says keep Williamson County residents and the media informed.

"Other examples: I created the sheriff's citizens police academy. Something as simple as a transparency aspect of bringing in community members in to learn how our organization runs," Chody said.

Right now, both men are running unopposed within their parties.