A post poking fun at Williamson County law enforcement garnered a response from the county sheriff himself. 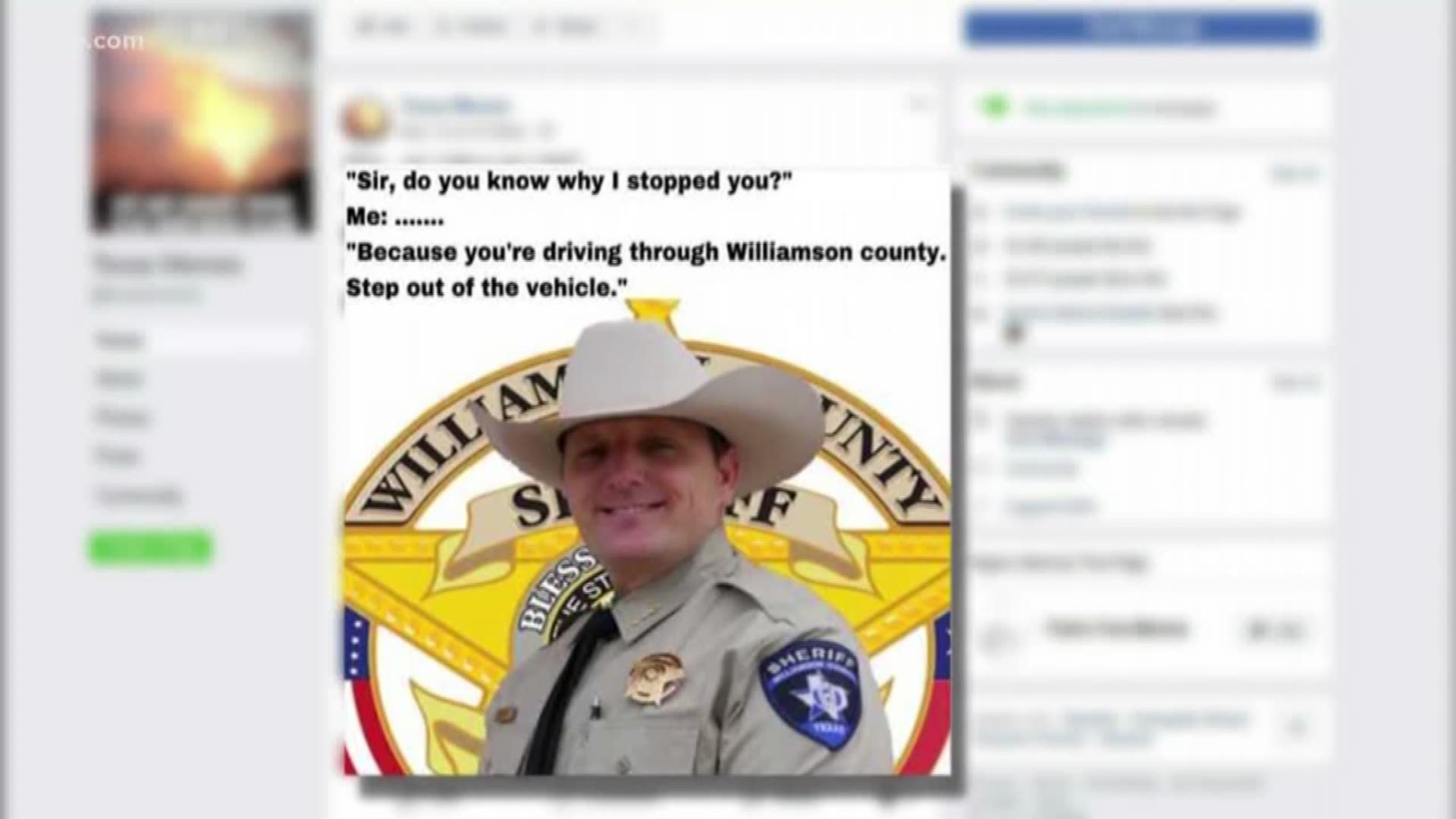 It received hundreds of likes, shares and a response from Williamson County Sheriff Robert Chody.

The meme portrays an image of Sheriff Chody on top of the seal of the Williamson County Sheriff's Office, along with the caption:

"Sir, do you know why I stopped you?"

"Because you're driving through Williamson County. Step out of the vehicle."

"Texas Memes glad u support [law enforcement officers]," Sheriff Chody commented on the post. "WilCo does have a reputation as you stated. Hope we are changing some of that for the good. Undoing the negative in only 1 year 4 months time no easy task. Plenty of positive flowing from us as well. Love the meme!!"

Sheriff Chody also spoke with KVUE on why he decided to chime in.

Chody also added that interactions like this on social media have helped change the perception of the department.