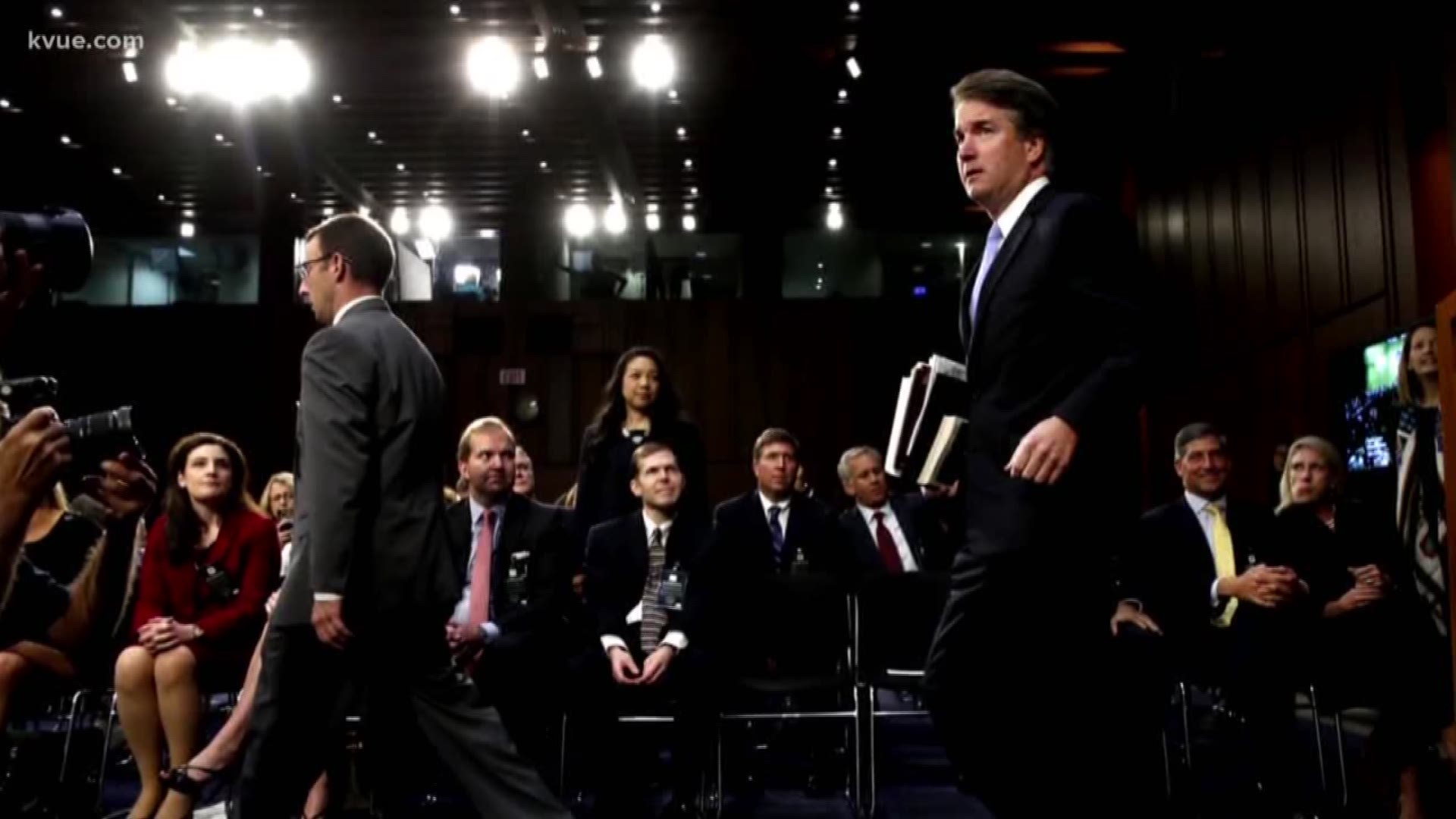 Dawson and other survivors delivered a letter to Cruz signed by 2,100 women who have suffered sexual abuse.

"If that is in this person to do, and they're never facing any consequences, what's to stop them from doing it again,” said Dawson.

Sex assault survivors and members of the women’s rights group, UltraViolet Action, will urge Cruz to reject Kavanaugh by sharing their stories. The national activist group is calling on women to walk out of their homes, offices or schools in opposition of Kavanaugh's nomination.

"A sexual predator does not belong in any position of power, let alone on the highest court in the nation," an UltraViolet spokesperson said.

Time's Up calls for walkout in solidarity for Ford vs. Kavanaugh

“The allegations she raised are serious and they deserve to be treated with respect,” said Cruz.

"I also think Judge Kavanaugh deserves full opportunity to defend himself and let the American people listen to what happened,” said Cruz.

"Supreme court vacancies are important, this one is as important as any one in my lifetime because you're going from potentially a swing vote to a conservative vote, could shift the balance of the Supreme Court," said Matt Mackowiak, the Travis County GOP chairman and a Republican consultant.

He said he wants to hear from the accusers.

"We want to hear these accusations, we certainly don't want these things to remain the in shadows," said Mackowiak.

But he also feels Kavanaugh is well qualified for the position.

"I don't believe that this has been done in a fair way at all ... the time for these accusations to be made and for them to be thoroughly investigated, was early on in the process,” said Mackowiak.

He also believed Democrats are worried a Kavanaugh appointment would hinder their outcomes.

"This is an attempt to delay this nominee to try to put it past the midterm election, on the hope, the democratic hope that they can take back the Senate majority and hopefully keep the seat open for years, until the 2020 presidential election,” said Mackowiak.

But he doesn't think that will happen.

"The odds that the Democrats are going to find a way to block or delay Kavanaugh so long that they can prevent this seat from being filled I think are extremely low, because Republicans have a number of different pathways to filling the seat,” he said.

"I don't think that this is anything politically motivated, or anything like that, she thought about this a lot and it's become a catalyst for other women to feel comfortable coming out and speaking out about it,” said Tara Pohlmeyer with Progress Texas.

She thinks the testimony from both Kavanaugh and the accusers at the hearing will speak volumes.

"I think really what's going to depend most on the outcome is what comes out through the testimony through the investigations that should happen, and whether or not Kavanaugh is fit to be a Supreme Court judge," said Pohlmeyer.

And she thinks it's something American voters are watching closely.

"I do think every single eye is on our legislators right now in how they are approaching this topic,” said Pohlmeyer.

Both Kavanaugh and Ford are expected to testify at the hearing Thursday. Some Republicans are urging for a vote immediately after.

Senator Dianne Feinstein, the ranking Democrat on the Senate Judiciary Committee, is calling for a delay in the consideration of Kavanaugh after a second accuser has come forward.

Kavanaugh said that he will not be "intimidated into withdrawing" his nomination.

At the first of three Texas Senate debates, Cruz said Kavanaugh's accuser deserves to be heard and treated with respect.