KVUE's Bryce Newberry was live at the scene with the latest updates on Facebook. 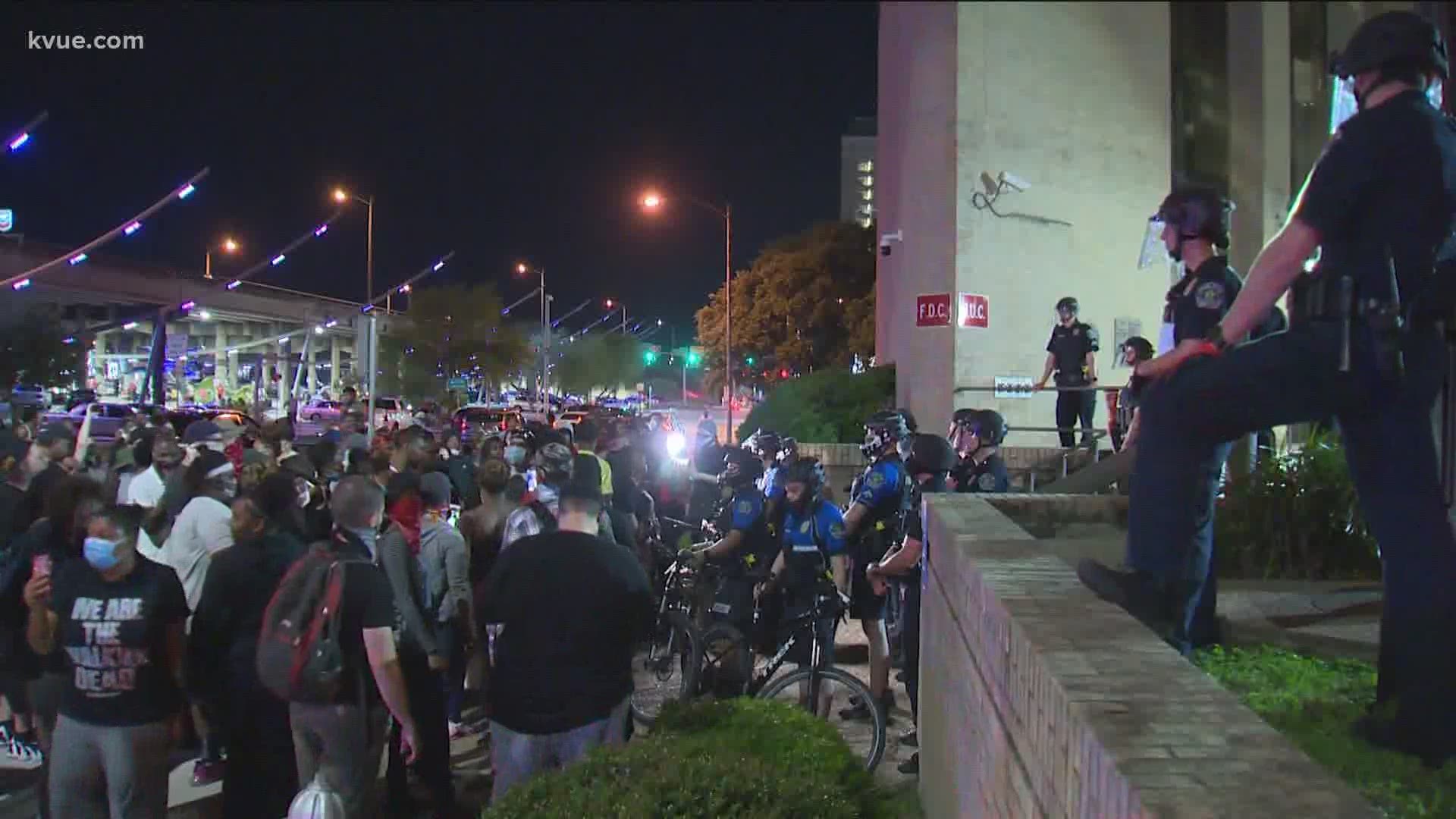 KVUE's Bryce Newberry was live at the scene with the latest updates on Facebook.

An Austin police officer estimated nearly 75 to 100 people were gathered outside to the departments headquarters, according to Newberry. Protesters could be heard chanting "hands up, don't shoot." At one point, water bottles and other objects were thrown at the officers. Austin police confirmed to KVUE officers made “several arrests” of protesters who were outside of the downtown headquarters. APD said no officers were injured and the arrests were for “active disturbances.”

Just before 3 a.m., police moved protesters off of the Interstate 35 southbound Frontage road at 8th Street. The road reopened for first time in nearly three hours and protesters moved to the sidewalks.

Newberry said those gathered outside of APD were talking about both Michael Ramos and George Floyd.

Travis County District Attorney Margaret Moore announced May 29 that she has decided to present the Michael Ramos case to a special grand jury.

A federal investigation is now underway after Floyd died May 25 as he was being arrested by police in Minneapolis, Minnesota. Video shows a white Minneapolis police officer kneeling on Floyd’s neck as he says, “I can’t breathe.” The mayor there has called for criminal charges against the four officers involved.

***WARNING: There may be foul language in the Facebook Live stream. Viewer discretion is advised.***

HAPPENING NOW: Protestors have shut down the area around Austin Police headquarters downtown Austin. Bryce Newberry is on the scene.

Protesters in San Marcos, Texas, were also heard on Friday afternoon chanting "Not Trump, no KKK, no fascist USA," in response to the death of George Floyd while in police custody.