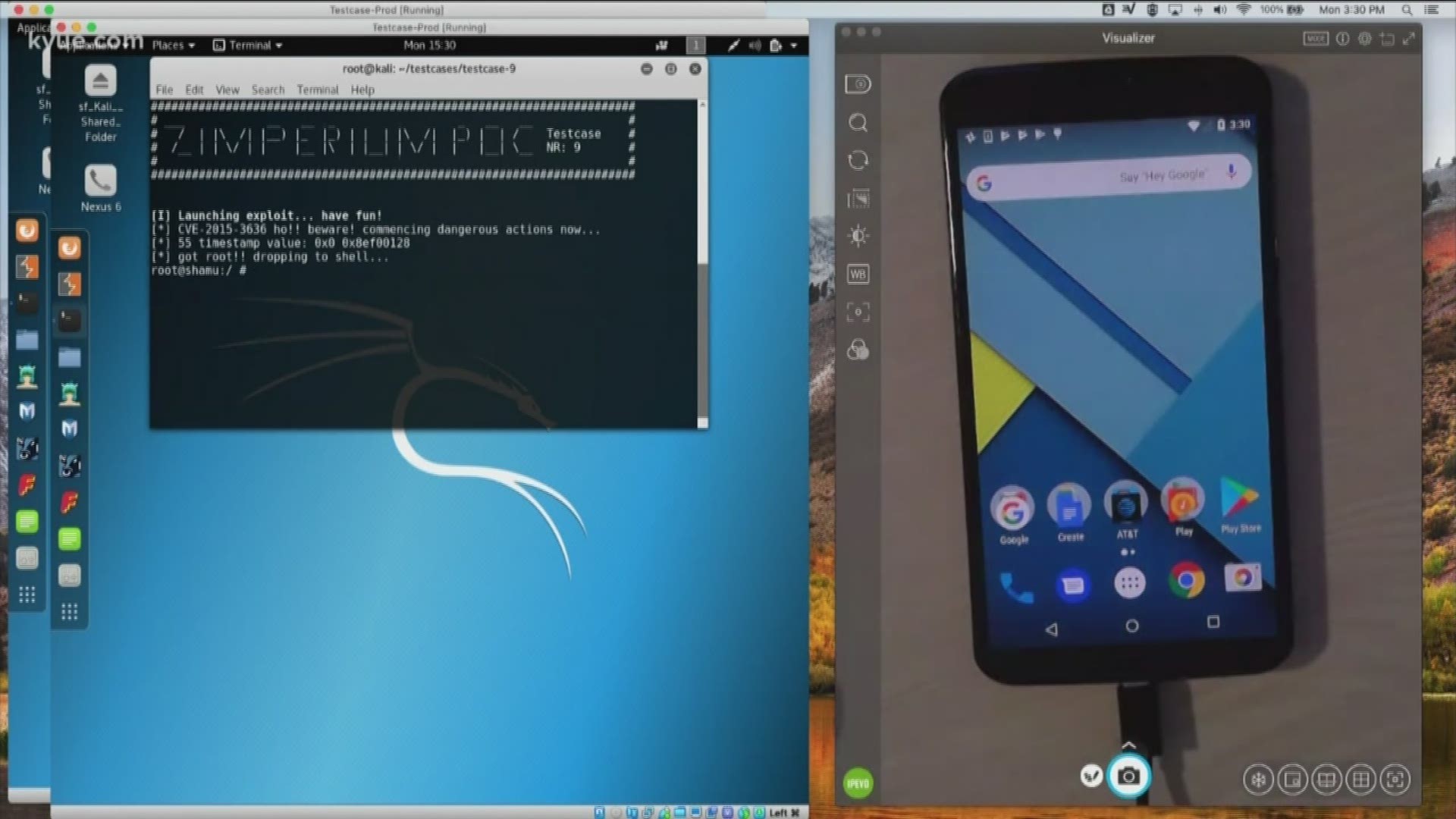 AUSTIN, Texas — Free charging stations are popping up in more public spaces from airports to hotel rooms to rental cars, but that convenience is making cellphone users vulnerable to hackers.

While the threat isn't new, one mobile security expert said mobile device users have made it easy for them.

"We've let our guard down a little bit and believe devices just can't be exploited," he said. "The reality just can't be further from the truth."

To show that reality, we asked Smith for help hacking into a cellphone.

He showed us what it would like after the phone was hacked. You may be surprised to discover it's the same – you can't tell.

"There's really nothing as a user that I would notice or see that would tell me somebody has this type of access," he said.

After that, the hacker can read your emails, listen in on your conversations and see what you're doing because the phone has a camera and a microphone.

Zimperium released a global threat report that found it doesn't really matter if you have an Android or an iPhone.

And 32% of hacked mobile devices were connected to risky networks at public places.

RELATED: 'We are the devil's advocate for security': Austin interns hacking into products for companies

"If I go to a highly traveled area like an airport or any type of public space, it's child play just to remove the faceplate and put my own USB stick in there ... or kind of scatter some cable out there," he said.

Smith said the other way hackers are stealing information is by using overlay attachments just like the skimmers at ATMs and gas stations.

Bottom line: what's old is new again and it's time to go back to square one. Be aware and use common sense.

Smith said the best way to protect yourself is to use your own power strip when traveling. If you have to use public USB charging stations, use your own chargers and cables. And never use cables that are just laying there because Smith said there's a microchip in there that can steal your data as well.