Roxanne Paltauf was last seen July 7, 2006. Since then, tips regarding her disappearance have all fallen short. 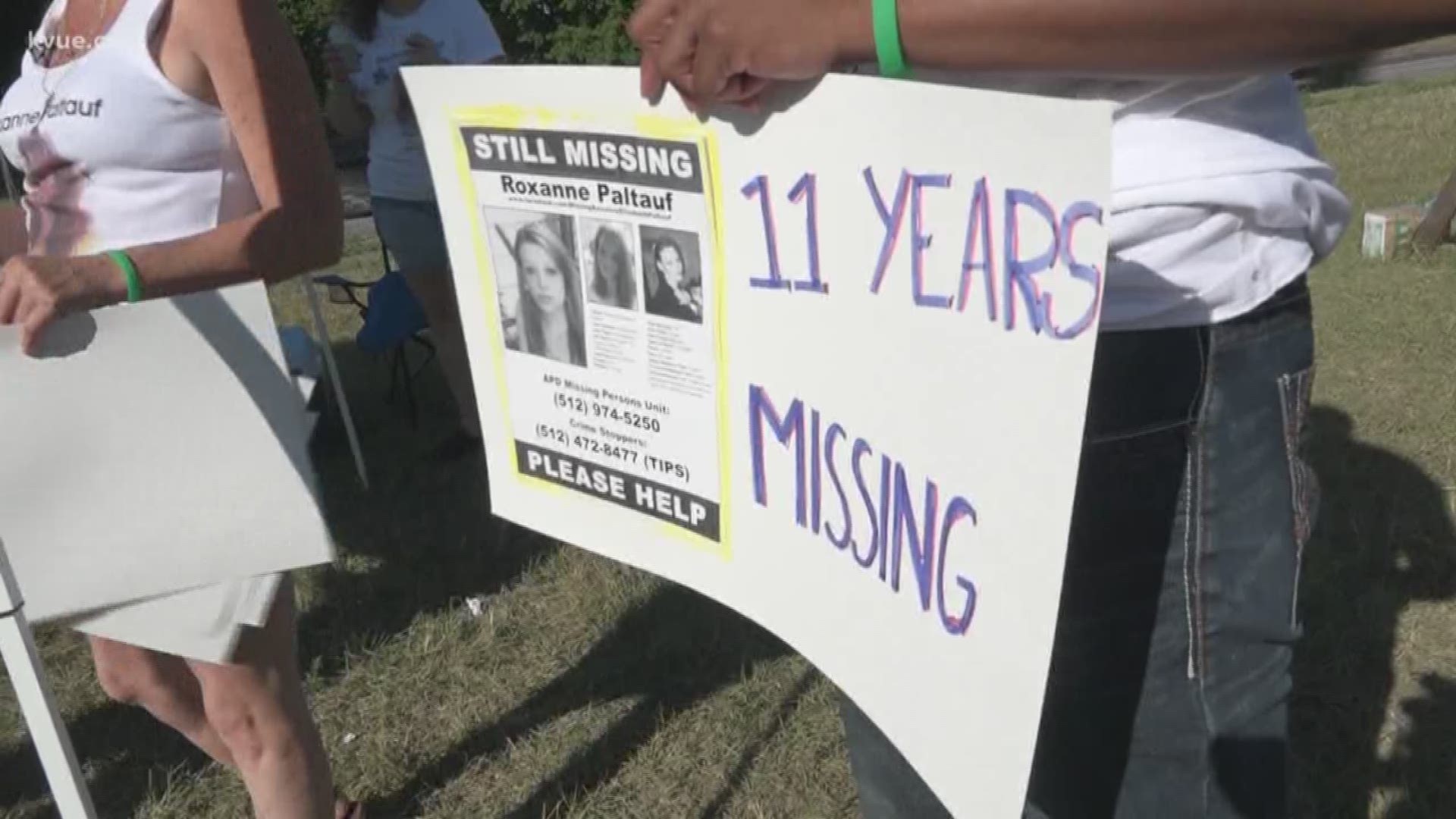 AUSTIN -- An Austin family's fight to get answers and closure after their daughter's disappearance has remained steadfast for more than a decade.

Roxanne Paltauf was last seen July 7, 2006. Since then, tips and leads regarding her disappearance have all fallen short.

This weekend, loved ones will spend the anniversary of her disappearance as they have done every year: Searching for answers in the area she went missing. On July 7 beginning at 9 a.m., her mother, Elizabeth Harris, will be in the area of Rundberg Lane and North Lamar Boulevard passing out flyers to community members to bring awareness to her daughter's case.

Paltauf vanished under what has been described as "suspicious circumstances" near Rundberg Lane and Interstate 35.

She was just 18 at the time of her disappearance. Paltauf had been with then boyfriend, Louis Walls. The two were staying at a Budget Inn in the area. When questioned, Walls told Austin police that the two had gotten into a argument, that afterward she left and that was the last time he saw her.

"She was a very loving and caring person. She was too trustworthy, I think, and she believed the best in a lot of people and she shouldn't have. And I think maybe that's why she got in that situation with Louis. Why she disappeared," Harris said in an interview with KVUE in July 2017.

According to KVUE media partner, the Austin American Statesman, Austin police have spoken with Walls "many times," but said they have been unable to either eliminate Walls as a suspect or implicate him in Paltauf’s disappearance. No arrests have been made.

In March of 2014 family members had a fleeting moment of hope when officers thought they had a lead after cadaver dogs picked up a scent pertaining to the case. They came up short.

"There is someone out there in Austin that knows what happened to Roxanne that night," said Paltauf's sister, Rosalynn, in the same 2017 interview.

The investigation has been moved to the Austin Police Department Cold Case unit, and remains ongoing.