EMS was on the scene to verify the safety of the students. 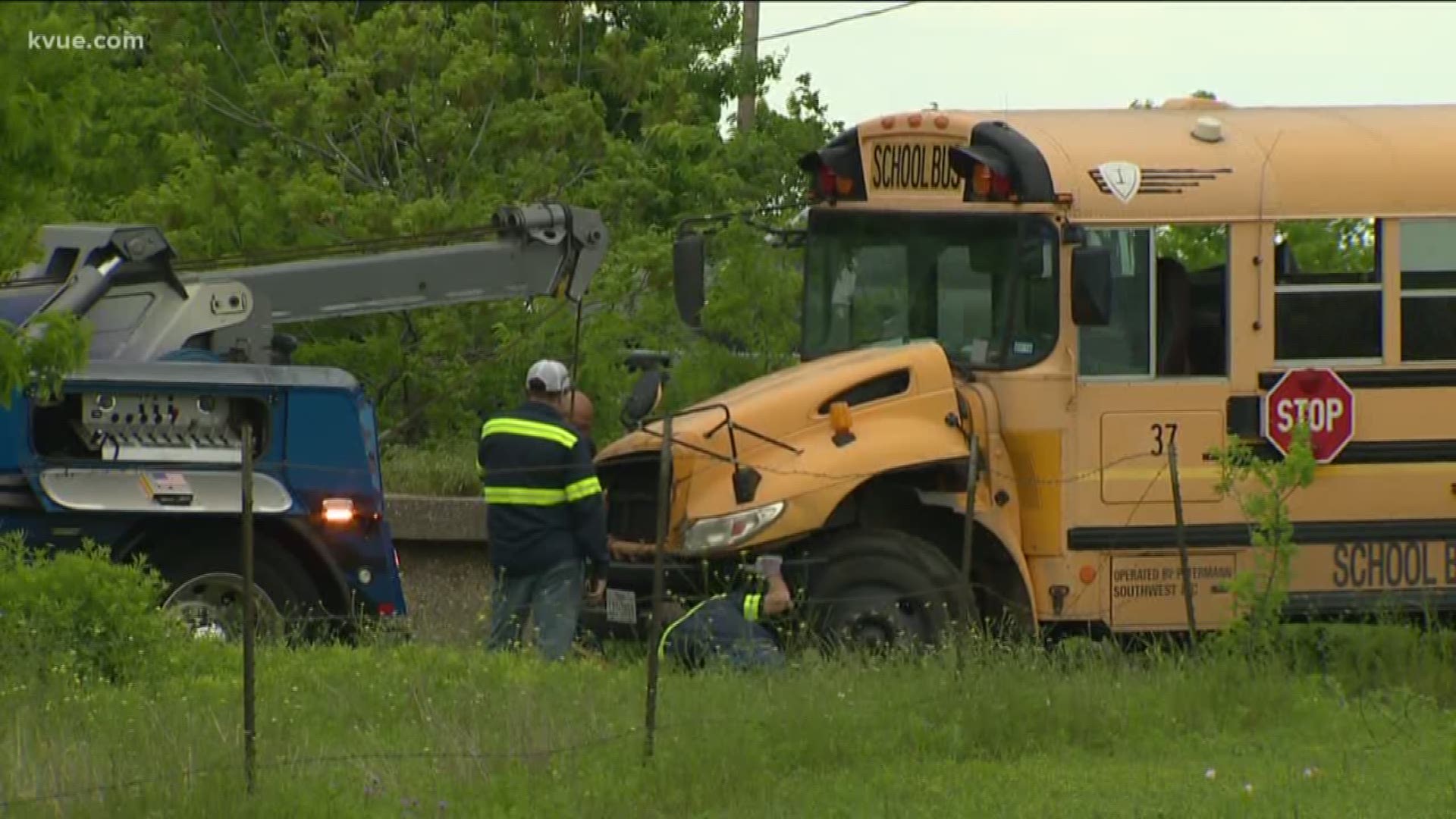 The crash happened at Heatherwilde Boulevard with the SH 45 interchange when the bus hit a stationary vehicle.

None of the 25 students on board at the time were injured, Pflugerville ISD said.

EMS was on the scene to verify the safety of the students. The driver of the bus was taken to the hospital.

The students were loaded onto a replacement bus once they were cleared.

“We would like to make you aware of a traffic accident involving a bus transporting Dearing Elementary students. It was a collision between Bus Number 37 (Route 76) and a stationary vehicle at the intersection of Heatherwilde and State Highway 45. The bus was carrying 25 students at the time. EMS has been called to the scene to verify the safety of all students. A replacement bus is on the scene and will begin loading students as soon as they are cleared. School administrators are on the scene to offer support and will stay with students until the bus departs to finish its route. Thank you.”