Austin is spending more than $100,000 to move the "LBJ tree" to the newly-revitalized Waterloo Park 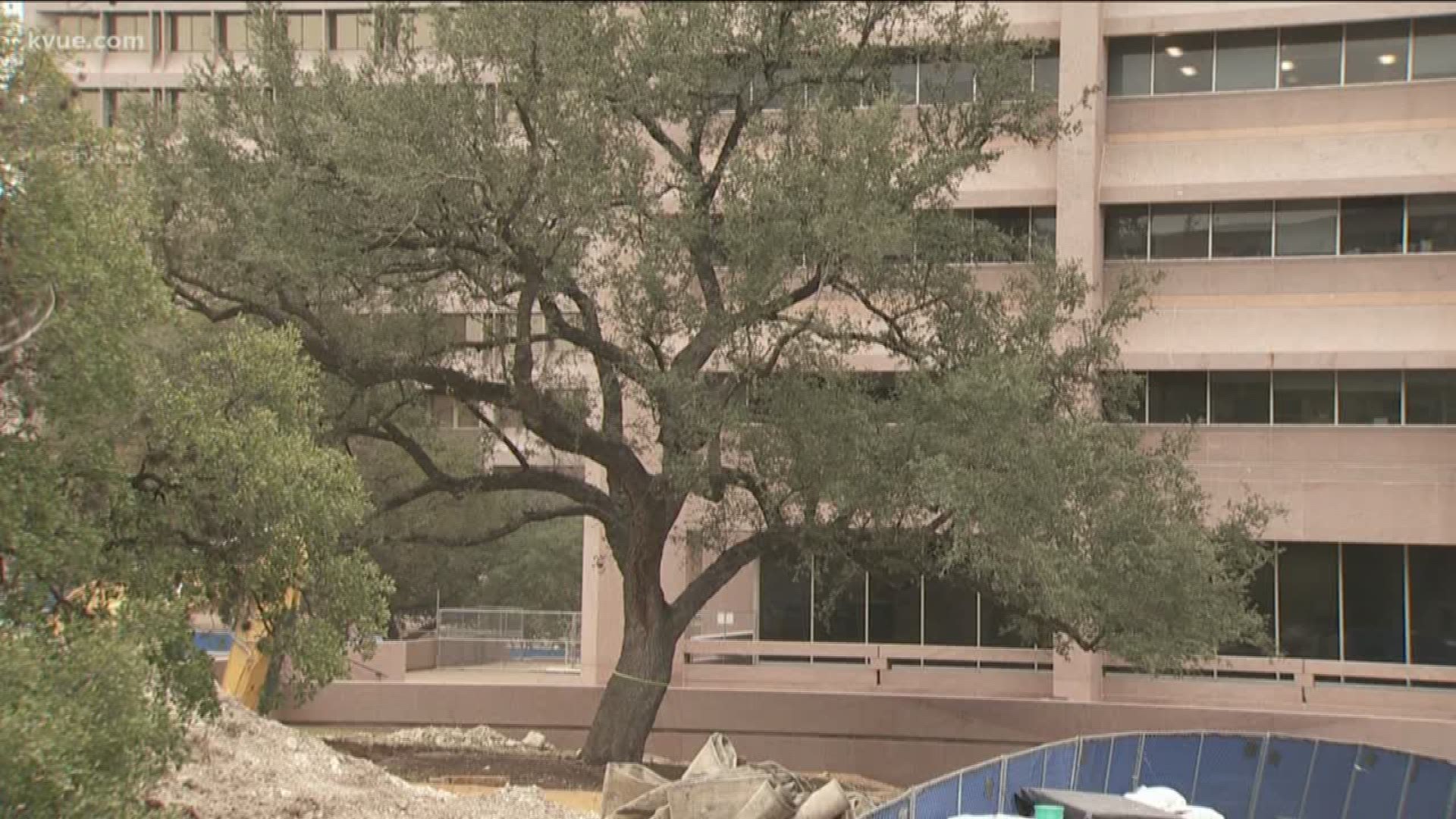 AUSTIN, Texas — Austin crews will be taking down some street signs, possibly even traffic signals, this weekend to move a decades-old live oak tree.

The “LBJ tree,” as city officials refer to it, will be moving from the construction zone outside the LBJ State Office Building to Waterloo Park.

It’s only a little over half a mile away, but the tree is at least 60 feet tall and it will cost more than $100,000 to move it, according to Austin arborist Keith Mars.

Mars, with the City of Austin Arborist Program, said preparation to move this kind of massive tree takes up to three to six months.

"Literally pruning the roots, go down a little bit deeper, prune those roots,” Mars said. “Then, they’ll come in and actually install steel piping underneath the tree to move it. Big trees like this actually survive about 95 to 99 percent of the time."

RELATED: Invasive tree species in Austin is considered the zebra mussel of the plant world

Once the tree is moved, it will be planted in Waterloo Park, which has been under construction for close to two years now. The 11-acre park is undergoing a revitalization that will include trails, a new amphitheater, great lawn and children’s play area.

A look at the future of Waterloo Park

1 / 5
Waller Creek Conservancy
These are renderings of what Waterloo Park will look like once it is completed. The park is estimated to be done by summer of 2020.

The “LBJ tree” will provide much-needed shade for the children’s playscape.

The park is expected to open to the public by summer of 2020, according to Peter Mullan, the Waller Creek Conservancy CEO.

Here's what you don't know about human trafficking victims