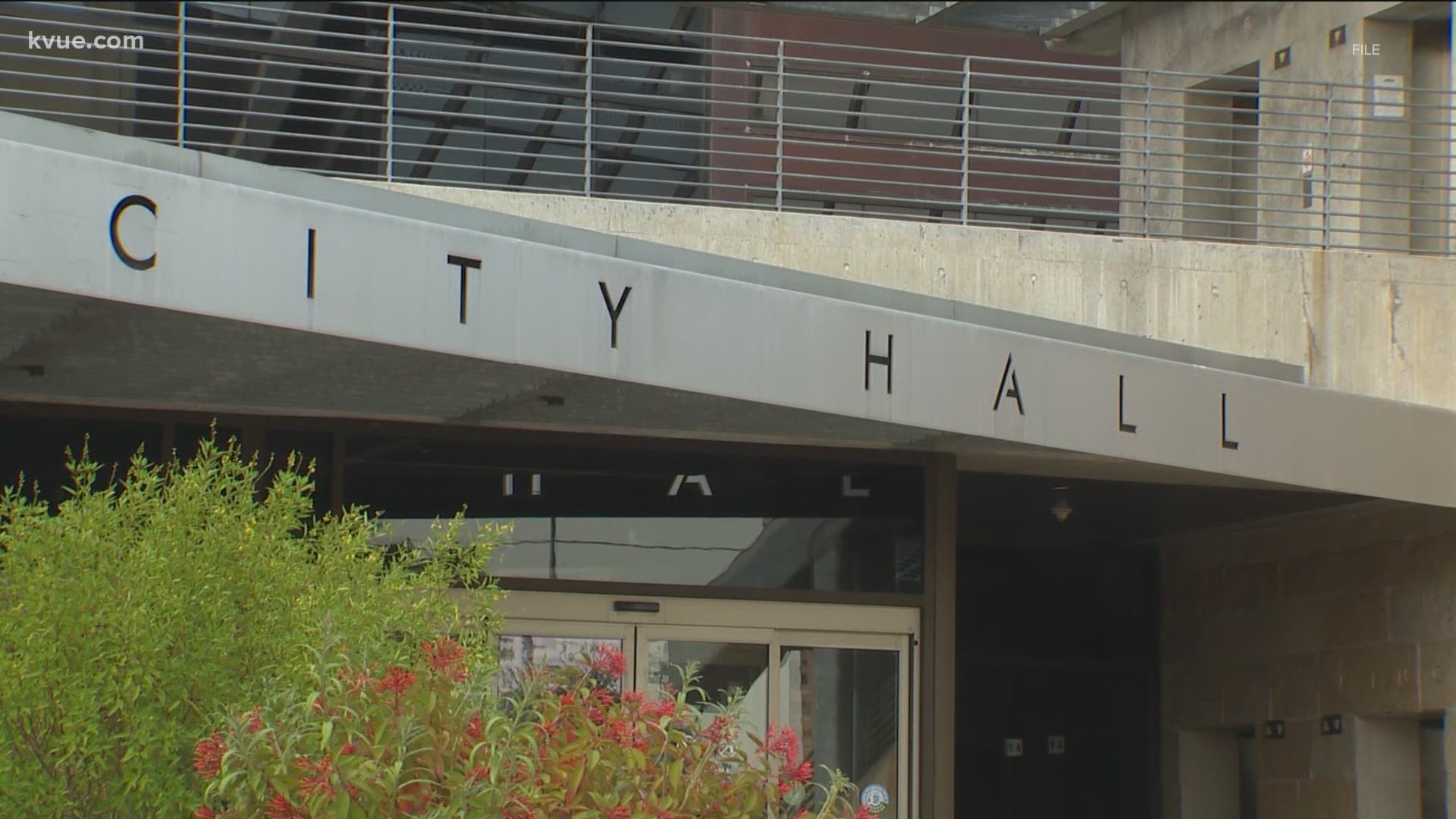 AUSTIN, Texas — Save Austin Now, the same Austin group behind the homeless camping ban on the May ballot, has filed a petition against the City of Austin's ordinance to cut funds from the police budget.

"When you combine defunding the police with the camping ordinance, it creates a toxic cocktail for our city," said Matt Mackowiak, co-founder of Save Austin Now. "And it's a big part of why we are where we are now."

In August 2020, the city council voted to chop $150 million from the Austin Police Department budget, roughly 34% of the department's $434 million total budget. Most recently, the APD announced it's temporarily suspending its motors unit. APD's spokesperson said the department will continue to evaluate patrol staffing needs and reallocate officers from specialized units to support patrol operations as needed. Services provided by the Motors Unit, such as escorts, will be available, as needed.

"We don't want to be here today," said Mackowiak at Wednesday's press conference. "We're here reluctantly because this city has chosen to defund the police department and is having a profound effect on public safety in our community. And that's why we're all here."

The petition, announced May 26, calls for adopting the ordinance "to establish minimum standards for the police department to ensure effective public safety and protect residents and visitors to Austin." The petition would put a measure on the November ballot that would require a minimum of two sworn officers for every 1,000 residents and more to ensure "adequate level of police funding, staffing and training and enhance police oversight."

Save Austin Now's petition says the City budget reflects that fewer than seven in 10 Austinites say they feel safe at all times. The petition also says more than 50% of residents and visitors say they are dissatisfied with public safety at night in Downtown Austin.

"It should not be too much to ask that we live in a safe city for everyone. Unfortunately, that is not something that our current city council believes or is willing to fight for," said Mackowiak. "So we are going to have to fight for them. The city council may not support law enforcement, but we believe this city does. We are going to give the residents of Austin, Texas, the opportunity to prove it."

Mayor Steve Adler joined KVUE on Monday to discuss public safety, specifically the effects of cutting budgets to the APD.

"I think there are lots of alarming things in public safety," Adler said. "There's a lot of things that are not, as well. Austin continues to be one of the safest cities in the country, and it's important to remember that. But we have to constantly be trying to get even safer than we are and finding the right balance in public safety between law enforcement and mental health intervention, providing safe places for people to be are all concerns that have to be balanced. But the 911 response time is critical for our city. And it's something that we're taking a look at now.

Austin City Council Member Greg Casar criticized Save Austin Now and released a statement in response to this petition.

“George Floyd was killed one year ago, and instead of working on police reform, this group is fear-mongering and trying to avoid police accountability,” said Casar. “Their petition drive is about writing a blank check of taxpayer funds to their own department, while cutting off funds for all our other public employees and critical public safety needs. This petition goes directly against what the Black Lives Matter movement is all about.”

Additionally, the Texas House on Monday advanced the Senate’s proposal to require voter approval before cutting a law enforcement's budget after having made a substantial change: Senate Bill 23 would only apply to counties with more than 1 million residents, not city governments or less-populated jurisdictions.

Under SB 23, the 1 million cap would only apply to Harris, Dallas, Tarrant, Bexar and Travis counties — and possibly Collin County once new census figures are released later this year.

In Texas, we don't defund or disrespect our police.

Which is why I made legislation preventing cities from defunding the police an emergency item this session.

I look forward to signing it soon.

Here is a look at what the Save Austin Now petition is putting forth, in the group's words:

The city council shall ensure at all times that the police department achieves the following minimum standards:

To ensure effective public safety throughout all areas of the city that meets the needs of neighborhoods and establishes and maintains trust between the police and city residents, the police chief shall:

To help ensure effective oversight of and accountability for the Department:

Save Austin Now said the proposed ordinance will require the city council to adopt an adequate level of police funding, staffing and training and enhance police oversight. Mackowiak said the petition needs 50,000 signatures in 50 days to put this ordinance on the November ballot.

Lt. Gov. Dan Patrick asking Texas governor to call for special session to look at 'conservative bills' that were killed