Babies placed in the NICU at one Austin hospital received a visit from the man in the red suit before Christmas. 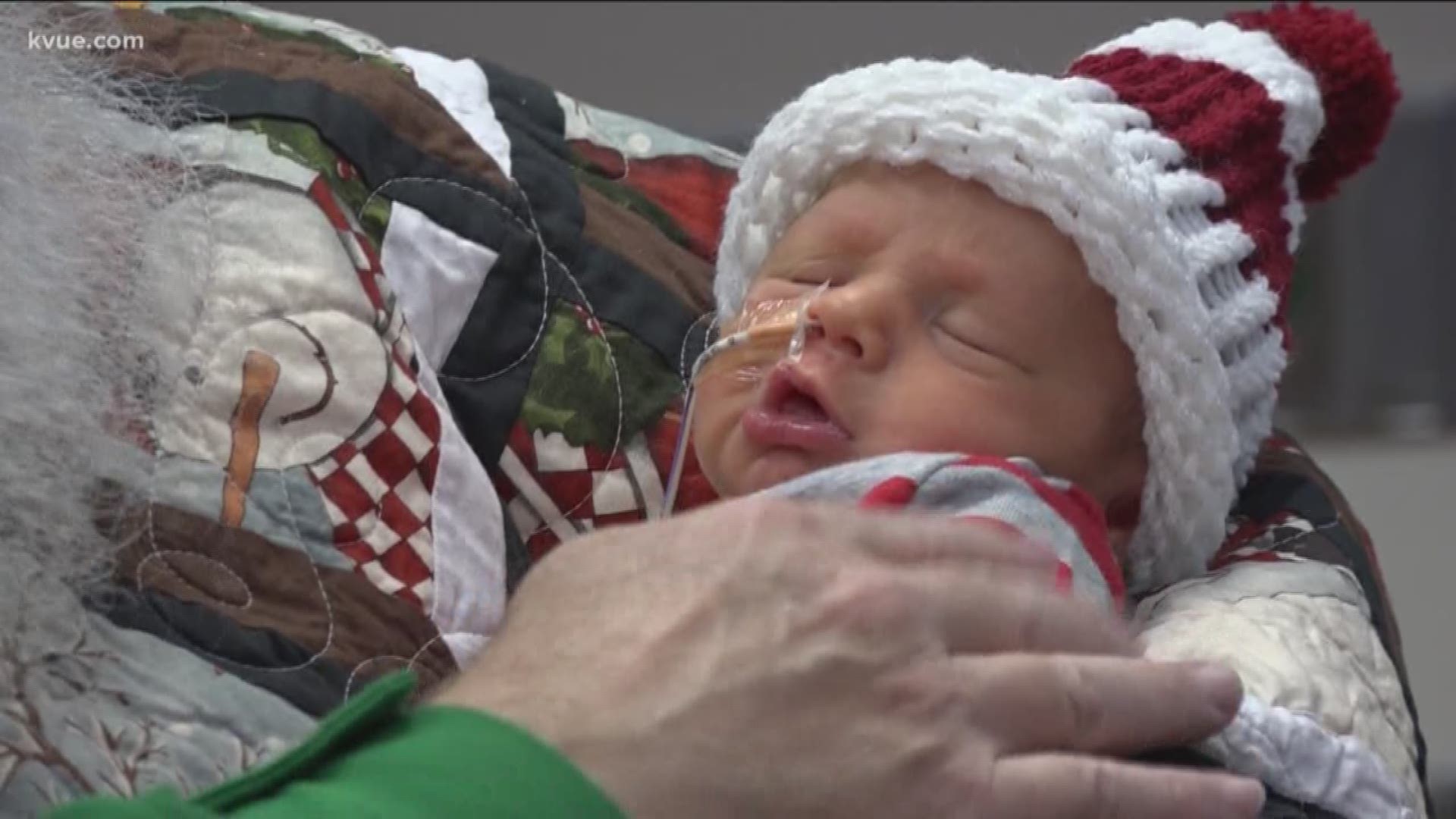 AUSTIN — Babies placed in the NICU at the Seton Medical Center Austin got a special visit from Santa Thursday.

Benjamin has already had a tough life.

"He's only been alive five days and they've all been in the hospital,” said Dave Merry.

Both Merry and Richard Stazinski are his fathers.

They worked with a surrogacy agency in Texas.

"We're from Boston,” Merry said. “We fly down here and have really enjoyed the Texas-Southern hospitality. The Texas experiences we've had."

NICU babies reunite with doctors and nurses who saved their lives

An extended stay at the NICU was unexpected.

"When he was born he wasn't breathing very well,” said Merry. “He was breathing on some oxygen."

The experience can be terrifying.

“You don't know what's happening minute to minute,” Merry said. “He's in charge. We don't know if he's going to be eating more or less from day to day."

On Thursday, Santa paid a visit to the NICU babies, including Benjamin. For parents, it returns some normalcy.

“This is his first celebration,” said Merry. “It's great to do it with the nurses and doctors who have been such a big part of his life so far."

This visit is volunteer-led.

Santa and nurses volunteer while the charity "Threads of Love" knits their outfits.

"Dayshift and nightshift nurses,” said nurse Ingrid Bales. “They get dressed up and they put the whole thing together. Clearly just on their own time."

"During the holidays, it's extra stressful when they can't go home with their other children or maybe travel,” said Bales. “So they're kind of stuck here. I think it just brings them some joy that their baby didn't miss their first Christmas with Santa."

It’s a wish Santa might be able to grant.