Aqua Texas serves about 650 customers in the Travis County subdivision 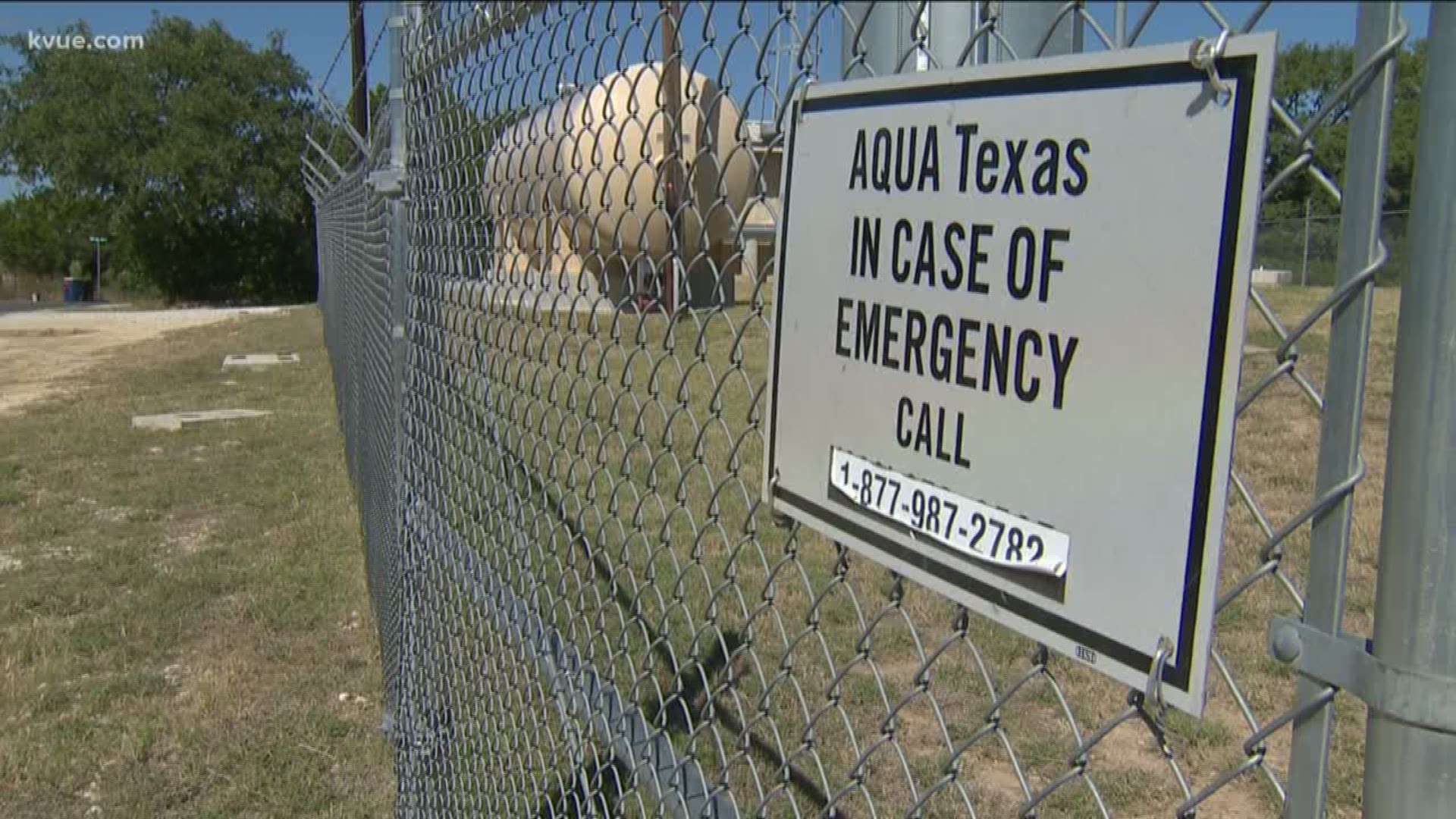 TRAVIS COUNTY, Texas — People who live in the Travis County subdivision of Sandy Creek Ranches near US 183 and Leander said they are fed up with low water pressure or not having water at all.

Those are just a couple of the issues neighbors have been dealing with on and off for years.

Neighbors like Auburne Gallagher who, on Wednesday, the day KVUE's Jenni Lee visited, was in a rush to do laundry.

"I'm lucky that, right now I have water," she said. "Now that I have water, I can literally do the rest of my laundry."

The urgency was because Gallagher didn't know when she could do laundry again.

"I got up this morning to start doing laundry; I didn't have any water this morning; I have water pressure now," Gallagher said.

Gallagher and some of her neighbors said they have had these water issues for several years. In fact, a few hours after Gallagher started her laundry, the water went out again.

She's not the only one. Chad Moss lives a couple of streets away.

"We'd have water problems, low pressure, no pressure. Sometimes for a couple of days," Moss said.

Moss has three children, ages eight and under. When his water doesn't work, he said he "can't wash dishes, can't do laundry ... can't bathe ... it's not just frustrating but debilitating at times."

"This is a system Aqua Texas has purchased a while back so one, we were not the ones that installed the water line so we are having to deal with construction that was done by someone else," Brent Reeh, Central Texas area manager for Aqua Texas, said.

Aqua Texas is in the process of coming up with a plan to install new water lines starting next year. But it's not soon enough for neighbors at Sandy Creek.

"You got to always make sure you have bottled water, gallons of bottled water in the house in case you need it, use it to cook or wash our hands," said Gallagher.

Aqua Texas serves around 650 customers in the Sandy Creek area.

We also reached out to the Texas Commission on Environmental Quality, or TCEQ.

As of Oct. 23, the water quality at Sandy Creek Ranches is in compliance with the state.

TCEQ has also received a total of seven water complaints the past five years in that area. The most recent in August was about low water pressure. TCEQ conducted an investigation and no violations were documented.