San Marcos victim of driveway scam, gives warning to others

If you have a big pothole in your driveway, you'd probably hire a professional contractor to fix it. But what if you found out they're not who they say they are, and didn't do what they said they'd do? 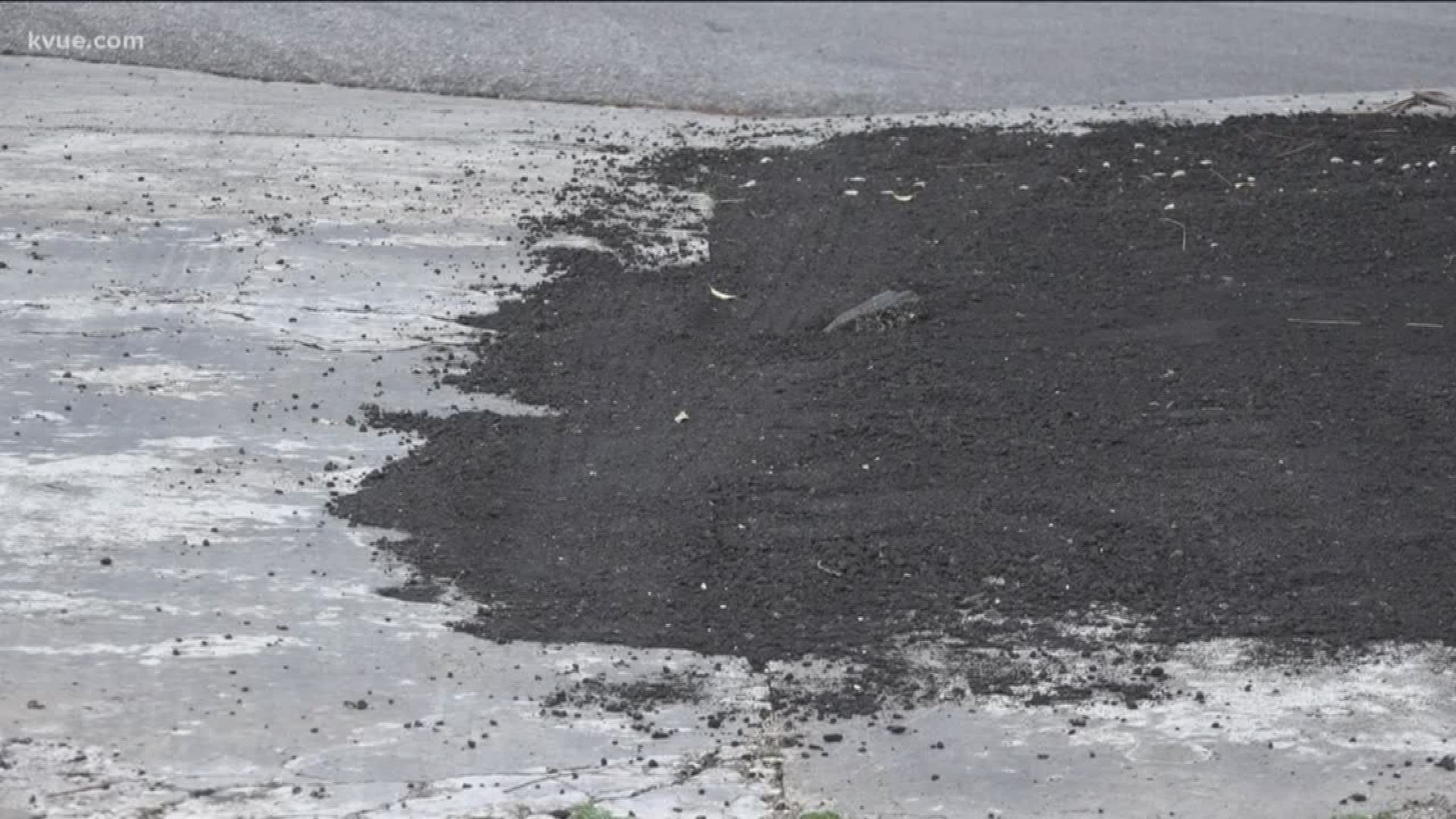 SAN MARCOS, Texas — A San Marcos woman is out of hundreds of dollars after she said two men tricked her into thinking they were city contractors.

When you're busy raising little ones, you can use all the help you can get.

“I was busy with the kids inside, so I wasn't watching,” said Kristy.

Kristy’s talking about what happened Sunday that left her with loose blocks of asphalt on her driveway.

“I was devastated,” said Kristy. “I thought of my kids walking on that and it getting all over.”

This happened Sunday afternoon when she said two men in a white truck came knocking on her door offering to fix the concrete that had eroded.

“It was maybe a hole about this deep and it did make for a bumpy ride,” said Kristy.

“They sold it as the material wouldn't cost anything because we already had it, so that's what they did,” said Kristy.

She said yes and paid them $200 cash up front, but there was a problem.

“They said that they worked for the City, which is a lie,” said Kristy. “They didn’t.”

They left and never came back to finish the job. Now she and her husband are left paying $4,000 to clean up the mess they left behind.

Kristy just hopes others learn from her mistake.

In a statement, a spokesperson for the City of San Marcos said its employees wouldn't offer to do work for a fee at your home:

The City advises any resident who has been victim to a scam either in person or over the phone to call and report this to the police at 512-753-2108. Residents should also remember that City employees or City contractors will never solicit business or offer to do work for a fee at your home or business. All City staff or contractors will wear an ID badge that clearly identifies them as an employee or contractor.