The new ones are electric, adding to the traditional fleet already on the streets. 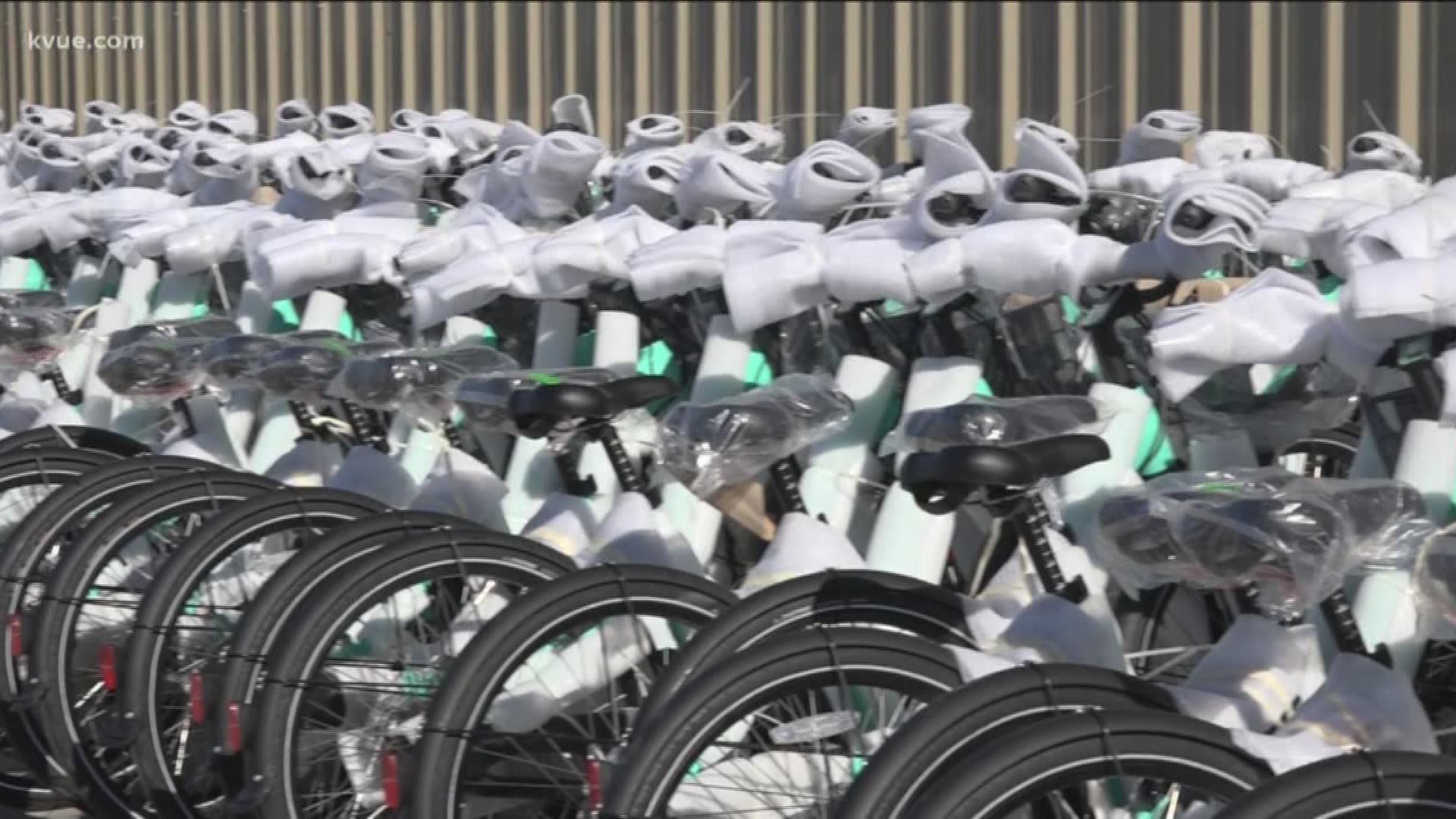 These are in addition 350 traditional bicycles that are not assisted by electricity that are already in San Marcos.

All the bikes are owned by VeoRide, which spent much of Tuesday afternoon unloading all 150 electric bikes.

The company has a hold on the dockless bike market in San Marcos.

The City of San Marcos said the company has had major success in the city – 25,000 rides since the bikes launched in September.

The question remains: Will electric scooters be brought to San Marcos?

"That's a potential option,” said Matt Briggs, Texas General Manager for VeoRide. “We are working very closely with the City and university partners that we have here. It's really up to them as to what they feel the community is ready for."

The City said it has not had a decision from city council yet on whether scooters are something they want to have as a mobility option in San Marcos.

“We anticipate we'll receive some sort of direction from city council in the coming months,” said Kevin Burke, assistant director of community services for San Marcos.

A ride on the electric bikes is a little more expensive than the dockless, traditional pedal bikes.

The pedal bikes do not cost anything to unlock, and the electric bikes are $1 to unlock and 15 cents per minute to ride.

The bikes are not charged by people who take them home or elsewhere to charge. Instead, VeoRide said their employees change the batteries.

Texas State is having a community ride starting at 10 a.m. on Friday, which is when the bikes officially launch.