The explosions happened in the area of 801 Chestnut St. 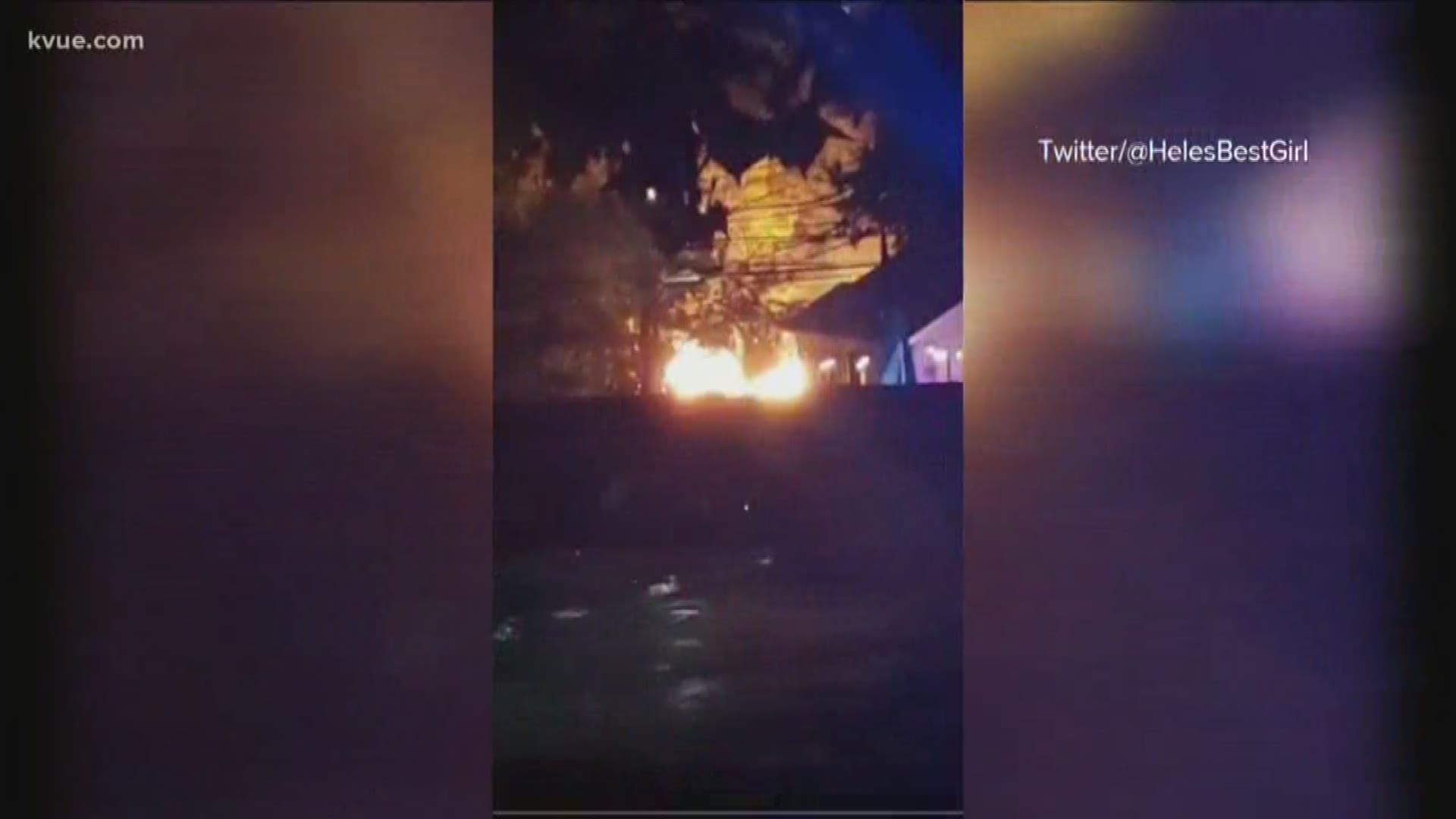 SAN MARCOS, Texas — Officials now know what caused a series of explosions at a food trailer park in San Marcos on Thursday.

According to the City of San Marcos, the explosions happened in the area of 801 Chestnut St. That's just a few minutes away from Texas State University. According to KVUE's Tori Larned, the fire happened in a lot where three food trucks are located.

The City said Friday that fire investigators concluded the first explosion started when a propane gas leak within Rondooley's Inc. food trailer came in contact with an ignition source. The second explosion was caused by a separate propane bottle that became overheated.

The City released the following statement:

"Fire investigators have concluded the investigation into the explosions that erupted on Chestnut Street at a food trailer park on Thursday morning. Investigators determined a propane gas leak within Rondooley’s Inc. food trailer came in contact with an unspecified ignition source, causing the first explosion. The second explosion was caused by a separate propane bottle in the area of the fire that became overheated, causing it to explode. No criminal act is suspected in this incident."

During a press conference Thursday morning, officials said they received a call around 6 a.m. for a reported explosion at a food truck behind a restaurant.

When crews arrived on the scene, they began to put out the fire that was made from the first food truck that exploded. Around 6:20 a.m., there was a reported second explosion. There are at least three other food trucks or trailers damaged, officials said.

Officials added that there are no reported injuries at this time as a result of the explosions. However, seven buildings were reportedly damaged.

At around 7:23 a.m., the San Marcos Police Department lifted an order to residents to stay indoors and away from windows.

A spokesperson with the university said the campus is operating on its normal schedule.

"The early morning fires in the San Marcos downtown area are no threat to Texas State University," the spokesperson said. "Information about street closures, alternate pedestrian routes and bus route detours is being shared through the Texas State University official social media channels."

For Texas State students walking to class, the fire department has opened the sidewalk on LBJ Drive for pedestrian traffic. Students on Chestnut Street may cut across to LBJ behind Treff's Tavern.

One resident caught what appears to be one of the explosions on video.

Another nearby resident captured video of the scene. The video shows a large fire near a building.