'I will be back.' San Marcos officer struck by alleged drunk driver recovering after losing leg

San Marcos Police Officer Claudia Cormier lost her leg after being struck by a driver on I-35. 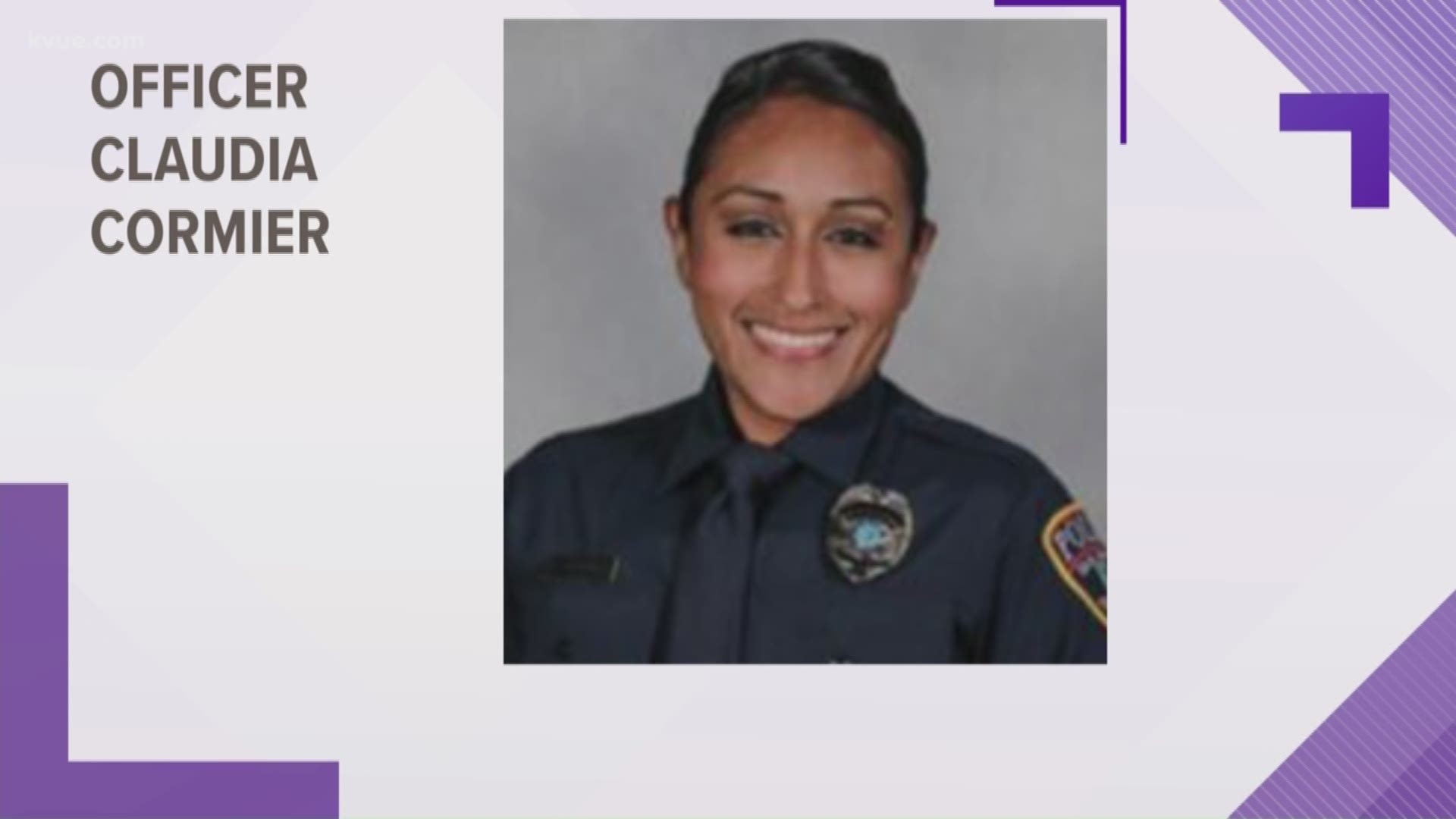 SAN MARCOS, Texas — The San Marcos police officer who was hit by a suspected drunk driver has lost her leg, but she is in good spirits just days after the crash, her police chief said.

Chief Chase Stapp posted a tweet Monday stating Officer Claudia Cormier FaceTimed him saying "She WILL be back" on duty.

KVUE spoke with Stapp Tuesday. He said that her leg has been severed, but she wants to return to patrol once she is fully recovered.

He said that several people -- including an off-duty nurse -- pulled over to the side of the road that night to help her. That nurse helped save her life, Stapp said.

The crash happened the night of May 18 while she was responding to an incident on Interstate Highway 35.

Police received the call around 9:39 p.m. reporting hazardous items on the northbound roadway just north of the McCarty Overpass near the 202 mile marker. Officer Cormier, a three-year police officer, arrived around 9:45 p.m.

Shortly after, police received 911 calls that she was struck by another driver in the same area. Patrol officers arrived and found Officer Cormier with severe injuries.

The driver of the vehicle, a 2000 Ford Expedition, was identified as Neil Sheehan, 58, of Flower Mound, Texas.

RELATED: ‘You can kill somebody’: Officials think many drivers don’t know about the Move Over law

Officer Cormier was taken to Seton-Hays in Kyle, where she underwent emergency surgery. She is in good spirits.

Texas Department of Public Safety Troopers responded to assist the San Marcos Police Department in their investigation. Troopers investigated Sheehan and arrested him for intoxication assault on a public servant, a second-degree felony, and failure to slow causing serious bodily injury. Officials obtained a warrant for his blood, the results of which are pending.

Sheehan was booked in the Hays County Jail. The collision will be investigated by the SMPD and the Texas DPS.

Public records indicate his bond was set at $2,000 for the failure to slow charge and $75,000 for intoxication assault.

"The San Marcos Police Department appreciates all concerns and well-wishes and asks for prayers for Officer Cormier’s recovery and for her family in their time of need," police said.

According to the San Marcos Police Association, an account has been set up at RBFCU in Officer Cormier's name for monetary donations. The account number is 208695903 if you'd like to donate.

Crime in San Marcos is increasing, but what do the statistics say?