Painting is a form of Therapy for Furly Travis, but now he's hoping that therapy can help pay for another therapy he needs. 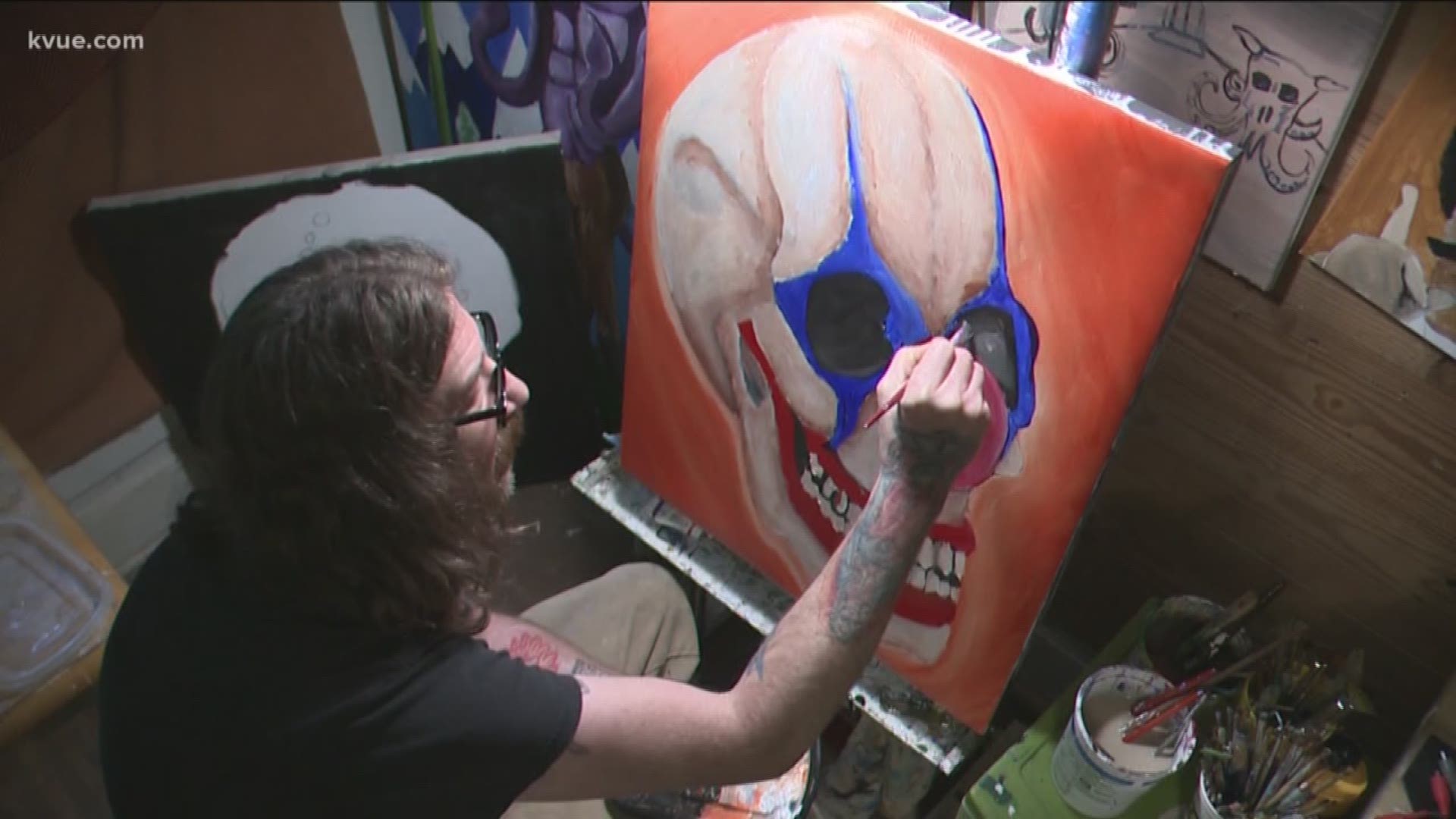 SAN MARCOS, Texas — Art can very much be a therapeutic activity, the repetition can help us. One San Marcos man is now using art as a therapy, and is also hoping it can support another therapy he needs.

With every stroke of red, a picture takes form on Furly Travis' Canvas. It's a form of therapy for him, a way to work through issues.

"I have schizophrenia, so I see a lot of things in my brain that I like to try to get out so I don't have to keep suffering from them, I suppose," said Furly. "I try to be happy colors, but kinda demonic subject matter in a way ... I don't want to scare people, I just want people to be happy and enjoy what they see."

Up until recently, he would hear the soothing sounds on his canvas with his paintbrush. But now, the sounds have stopped.

He lost his hearing, but not his sense of humor.

As Georgetown grows, the city is looking to retain its culture through art

"You know, we had some construction for a while," he said. "I wish I was deaf for that."

But he has hope that his art might pay for another therapy that could help him hear – hyperbaric therapy.

"I like to try and sell the art just so it can generate itself," he explained.

This is where a local coffee shop comes in.

"Wake the Dead has really stepped up and helped out this time," he said. "All the paintings that I have [there] right now, if I sell those, it would cover my first round of treatment."

They also have a raffle for one of his favorite paintings. All the money is going toward his $2,000 worth of treatments.

PHOTOS: San Marcos man uses artwork to help himself, others

"You got to help people, you can't do it by yourself, you have to have a community – that's what we're here for," explained one woman who purchased some raffle tickets.

So, for now, he'll keep painting, hoping one therapy will support another.

"Yeah, and hopefully I can make other people feel better with the paintings," added Furly.