The fire at the Iconic Village Apartments is the deadliest the city has seen, but three years later, fire officials still don’t know who started it. 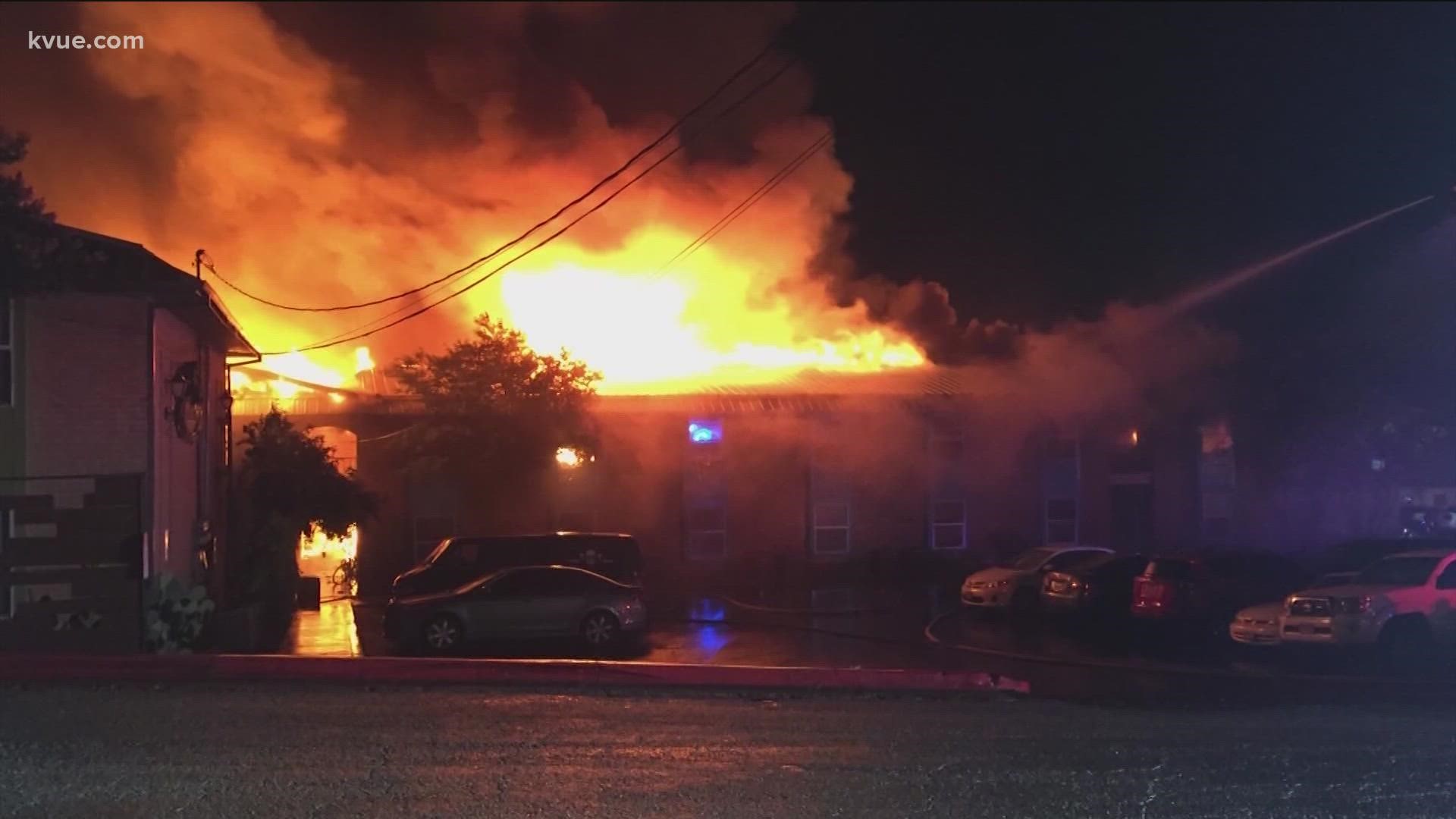 SAN MARCOS, Texas — An accelerant was allegedly used to ignite the devastating San Marcos apartment fire that killed five people in July of 2018, according to a report from the San Antonio Express-News.

The fire at the Iconic Village Apartments, near Texas State University, is the deadliest the city has seen, but three years later, fire officials still don’t know who started it. The fire began just before 4:30 a.m. on July 20, 2018, while most residents were asleep.

The Express-News reports that a civil lawsuit brought against the rental property by 13 survivors and the parents of one of those killed alleges the owner and managers of the apartments allowed unsafe conditions, including no sprinkler system, unreliable smoke detectors and a flawed roof design that fed oxygen to the fire. They are seeking damages in the four-week trial, set to begin in Austin on Nov. 3 before state District Judge Jan Soifer.

Zachary Sutterfield, 21, of San Antonio suffered burns on 70% of his body and was given a 50% chance to live. He survived and shared his story with KVUE in 2019.

In sworn pretrial testimony, William M. Bennett – a real estate investor with San Marcos Green Investors, a partnership that owns the Iconic Village Apartments – alleges the use of an accelerant that helped the fire spread quickly.

No other public records support the allegation of an accelerant so far, the Express-News reports. Until recently, Bennett was a defendant in the case. San Marcos Green Investors remains one of seven individuals and businesses listed as defendants.

In July 2019, officials announced a reward increase from $10,000 to $110,000 for more information leading to the arrest of the person or persons responsible for setting the fire.

Read the full report on The San Antonio Express-News’ website.