The project will reconstruct and improve the SH 123 intersection, and reverse the entrance and exit ramps between SH 80 and RM 12. 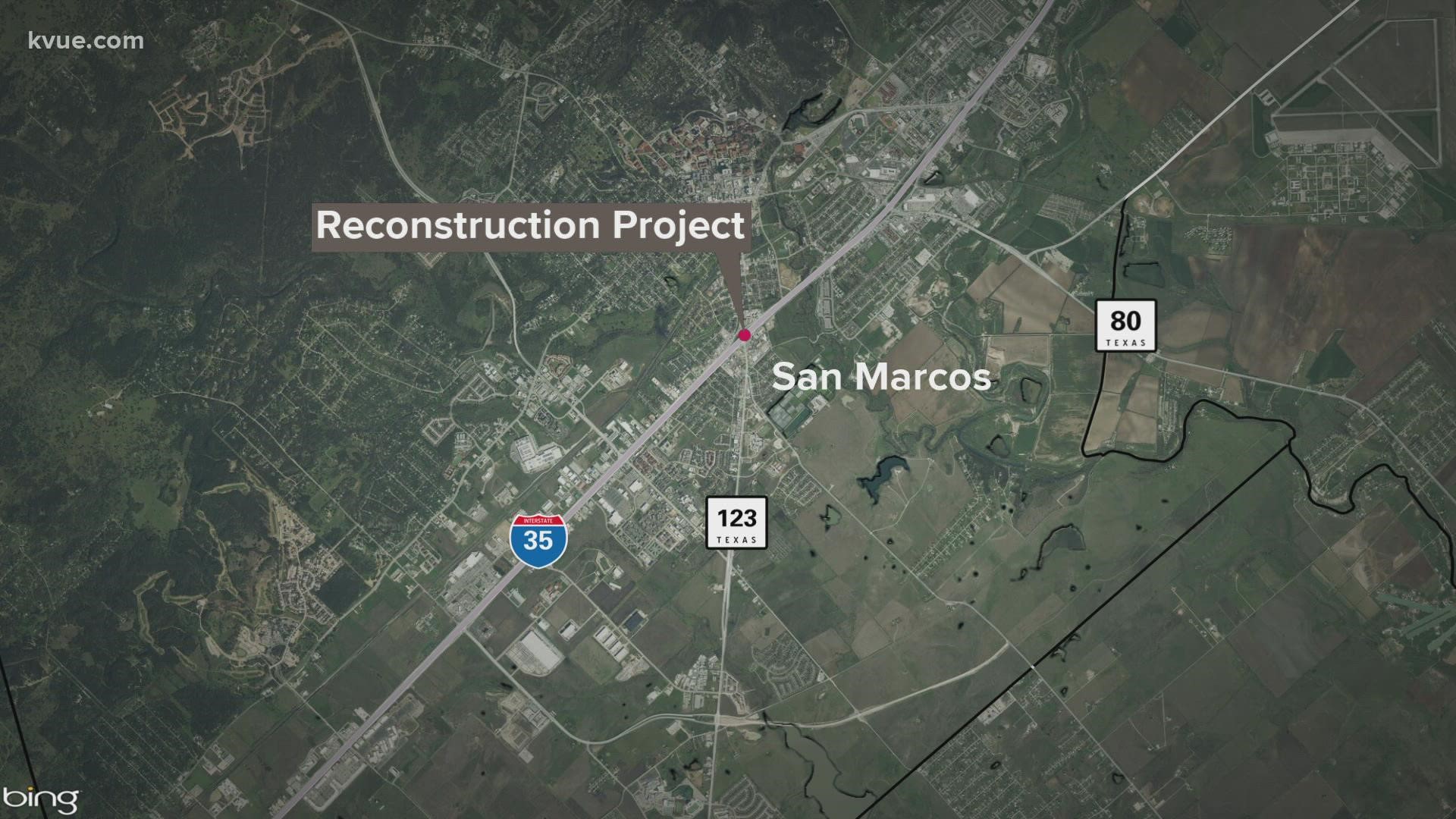 On Wednesday, the Texas Department of Transportation (TxDOT) was joined by officials from the City of San Marcos, Hays County and the Capital Metropolitan Planning Organization to break ground on the project.

“San Marcos is one of the fastest growing areas in our region, with more than 155,000 vehicles traveling this segment of I-35 daily,” said TxDOT Austin District Engineer Tucker Ferguson. “The I-35 at SH 123 project is another example of how TxDOT is focused on enhancing mobility in a smart way forward for our growing communities and what better place to do that than in San Marcos.”

According to TxDOT, the project will reconstruct and improve the SH 123 intersection, and reverse the entrance and exit ramps between SH 80 and RM 12. It will also reconstruct the northbound and southbound I-35 frontage roads, including the northbound bridges over Willow Springs Creek and the San Marcos River.

San Marcos Mayor Jane Hughson said the new changes – like elevating part of the frontage road – help address flooding issues in the area. The project will also add extended entrance and exit lanes and enhance bicycle and pedestrian paths throughout the corridor.

These Texas and Florida cities are mandating masks despite statewide bans

As vaccine mandates grow, why some say it should be a choice