According to 20-year-old Zachary Sutterfield's family, the Texas State student is now on surgery number 14. 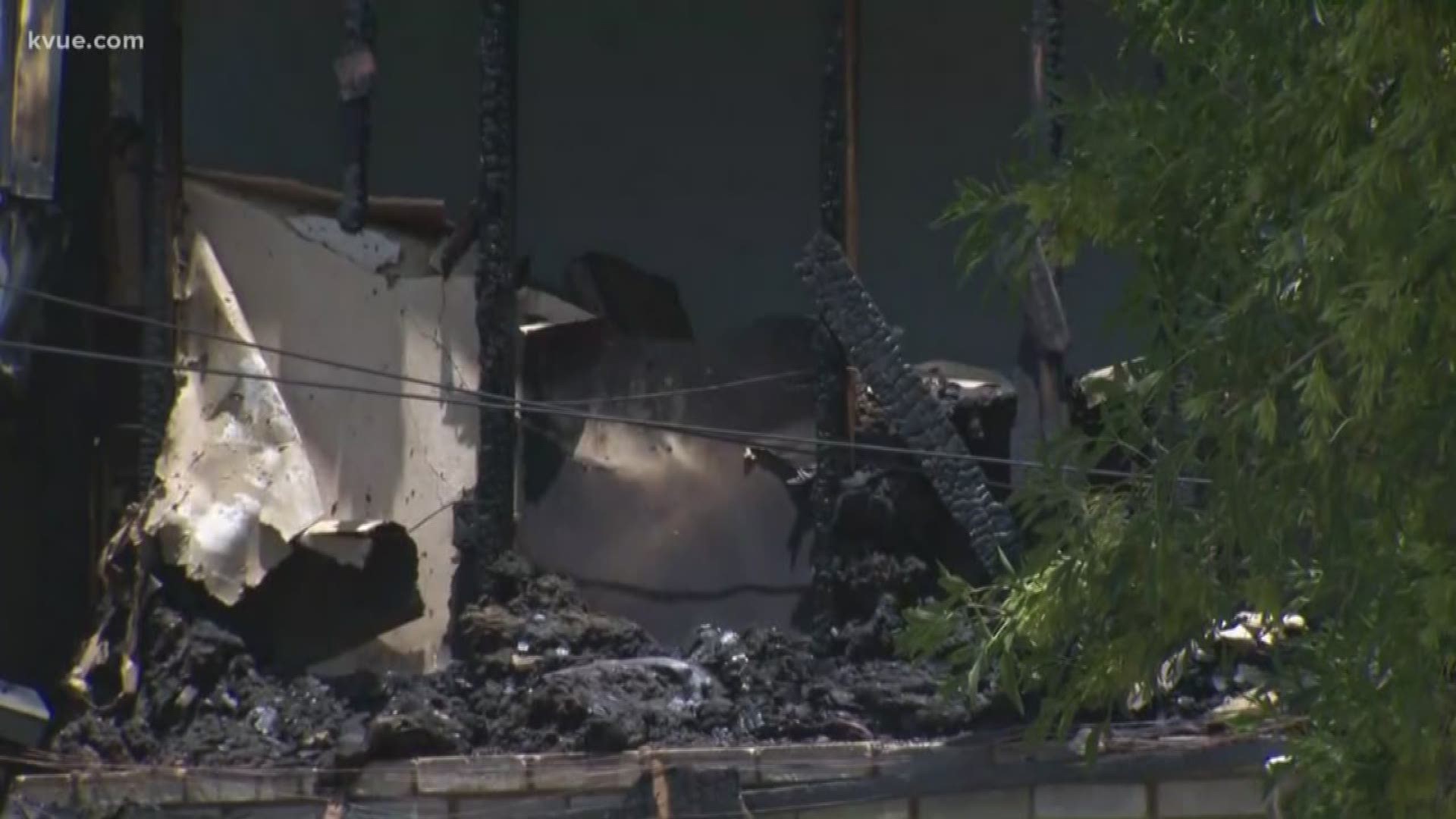 SAN MARCOS, Texas — The parents of San Marcos apartment fire victim Zachary Sutterfield on Monday provided updates on their son's recovery as he remains in the hospital for treatment of his severe burns.

More than a month after the July 20 fire, his family says 20-year-old Zachary is now on surgery 14. Those surgeries consist of skin grafts, optometric surgeries, neurosurgeries and plastic surgeries on his face.

“It’s a rollercoaster. He has good days and he has bad days.” Karl Sutterfield, Zach’s dad, stated. “We know we aren’t out of danger, but we hold on to his improvements. Every day he is with us is a good day.”

They say Zachary is still in the ICU burn unit at Brooke Army Medical Center, where his doctors say he still has a 50 percent chance of survival. Still, they say he was not expected to survive his first 72 hours after the fire. It was also projected that he would have both of his feet amputated. His family says he's still fighting with both feet intact.

“There are lucid moments that he has mouthed ‘I love you,’ but he is not awake by any means,” DJ Sutterfield, his mom, explained.

In a media statement, his family said Zachary's doctors have engaged him in physical therapy to help his body heal and new skin adjust. The therapy consists of leg and arm movement, body position movements, and approximately four hours of sitting in a special burn chair every day.

In addition to spending time with Zachary and decorating his hospital room with cards, his parents say they also got the opportunity to meet the first responders who worked the fire that night and helped guide him to safety.

"The first responders who helped Zach said he was so polite," DJ said. "They told us he said, ‘Yes, sir’ and ‘No, sir’ when he got to the ambulance. Then he asked them to please knock him out.”

They also met two other fire victims who helped their son.

“These kids are the ones who initially told Zach to stop, drop and roll," she said. "They helped extinguish the flames he couldn’t get out himself, then guided him to the ambulance. We are so thankful for them. Hearing how difficult that time was for them was a big part of the healing process for all of us.”

Since the fire, the Sutterfields have joined a list of people suing the Iconic Village Apartments. They say the focus of worrying about their son has been shifted to worrying about college students everywhere, with the focus of the suit on investigating the matter in a way that will prevent an event like this from happening in the future, according to the statement.

“My number one goal is, I don’t want another parent or loved one to see what I saw on day one,” DJ said. “We need to educate, and we need to change laws. We don’t want this to happen again. The last 40 days have changed our lives. If it can happen to our family, it can happen to anyone. I sent my son to college never expecting to be sitting here wishing the laws were different.”