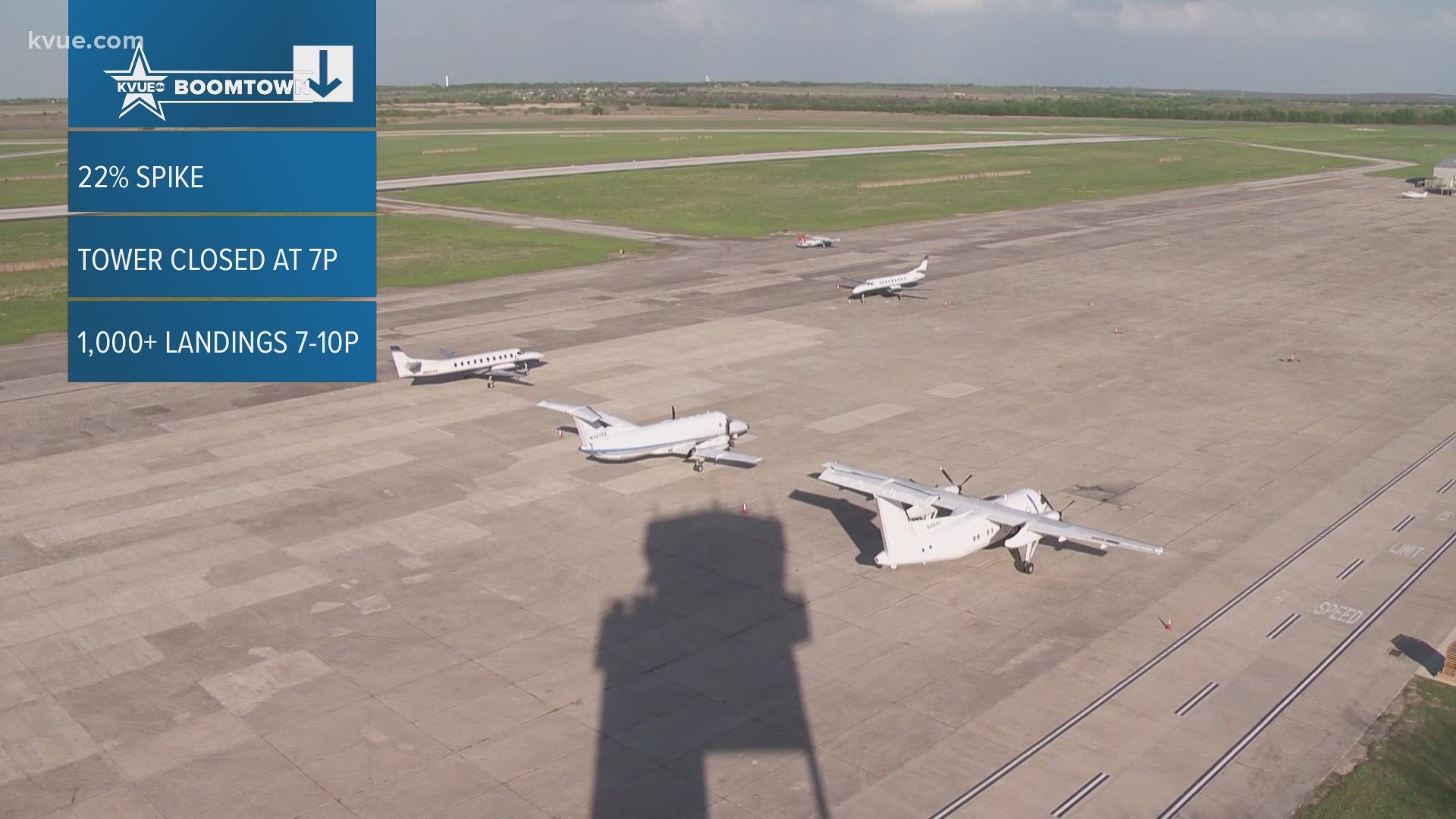 Last week, the City of San Marcos announced the air traffic control tower will operate from 7 a.m. to 9 p.m. daily rather than closing at 7 p.m.

The city reports air traffic increased 22% between 2019 and 2020, which is partly why the Federal Aviation Administration approved the City’s request to extend the tower’s hours.

In September, two planes collided while attempting to land at the airport around 7:18 p.m., shortly after the tower closed for the day. The fiery crash sent two people to the hospital.

The KVUE Defenders learned the airport had 21 flight incidents since 1983, including only one that was fatal in 2019, according to National Transportation Safety Board incident reports.

The airport is managed by Texas Aviation Partners, which reported to the FAA that between June and September of 2020, there were about 2,000 takeoffs and landings that happened in the three hours after the tower closed.

“San Marcos Regional Airport has consistently set operational records and continues to grow as a vital piece of our economy,” City Manager Bert Lumbreras said in a statement. “This extension is an important step toward maintaining a safe environment for everyone who uses the airport, including businesses and recreational pilots.”

The City said U.S. Sen. John Cornyn (R-Texas) and Rep. Lloyd Doggett (D-Texas) played a critical role in making the safety improvements for the airport by lobbying the FAA to approve the extension.