Samuel Richter entered foster care permanently at 14 years old and experienced homelessness for the first time at 17 while still in the system. 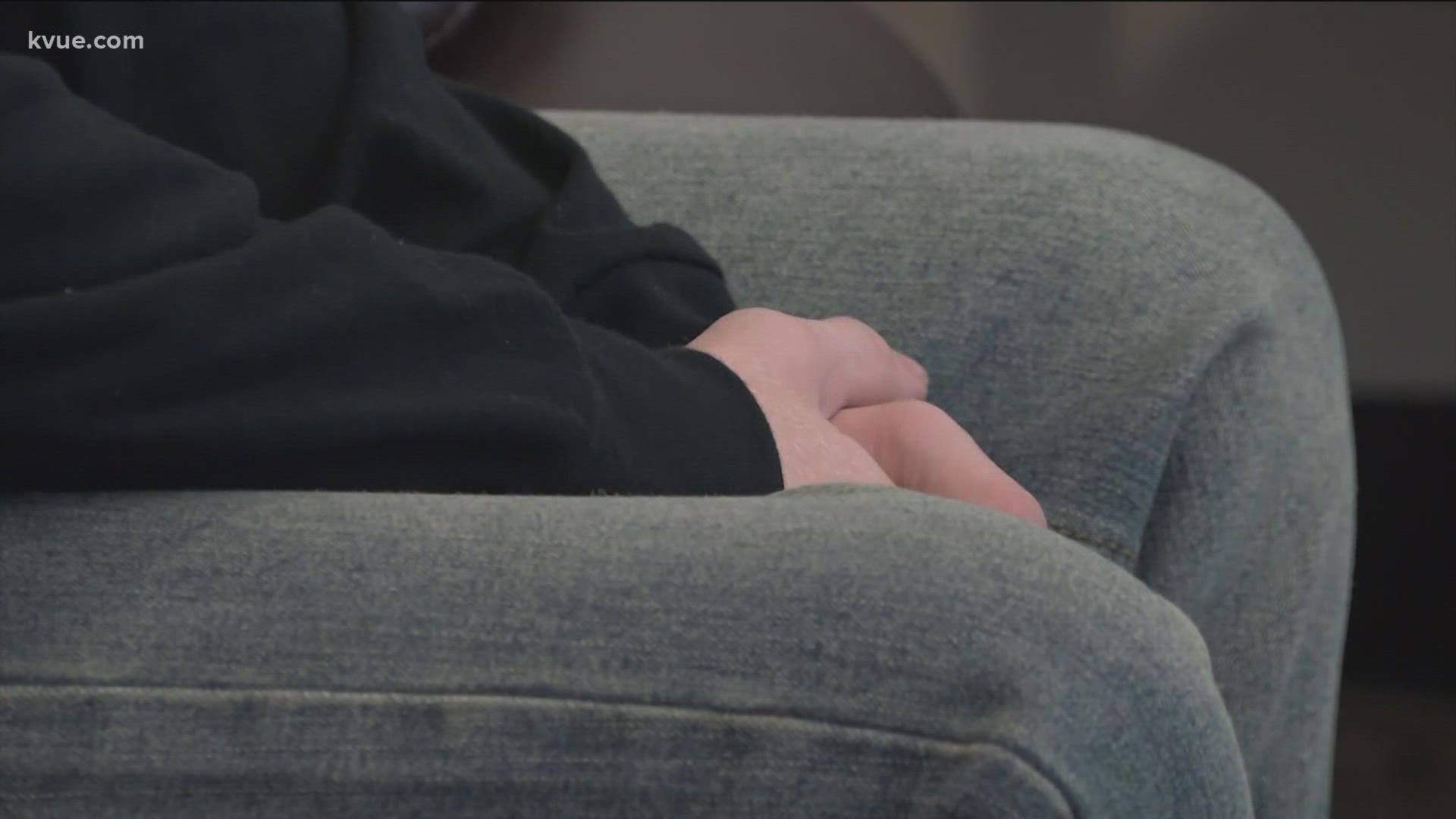 AUSTIN, Texas — An Austin man who became homeless at the age of 17, while in foster care, is now celebrating having a permanent roof over his head.

The Housing Authority of the City of Austin (HACA) was awarded 75 vouchers worth more than $1 million from the U.S. Department of Housing and Urban Development. These housing vouchers help young people aging out of foster care find safe and stable housing through partnerships with the Ending Community Homeless Coalition (ECHO) and LifeWorks Austin.

After living on the street on and off for nearly three years, Samuel Richter, 20, now employed, is finding hope in this program, which helps him afford an apartment.

"I was in my room playing Xbox and the next thing I hear is this big bang. I come out and I see a hammer in the drywall, so my brother calls the police," Richter said. "They take us out the home because they consider, they label, their unsafe environment."

Richter dealt with significant trauma being removed from his home early in life only to move between multiple foster homes, group homes and residential treatment centers during his time in foster care.

"It was like a little futon, some stuffed animals on my wall. Where am I?" he said.

Confused and hurt by each move, Richter grew more emotionally traumatized, leading him to act out.

At 17 years old, Richter explained he got into an altercation with another boy at a group home. He was charged with self-defense and criminal negligence and spent one month in jail. His record made finding future placements difficult.

"I already knew back then that I was going to be homeless right when I got out with no game plan. Sure enough, I was right," he said.

During his last year in the foster care system, Richter and his caseworker struggled to find a place that would accept him given his new record. That is when Richter found himself homeless for the first time, sleeping on a bus.

"I was still a minor at the time, so I was shocked that this happened to me," he said.

Living on the street, collecting food stamps and stealing food to survive took a growing toll on Richter's mental health, as he felt fear and anxiety of the unknown.

Three months later, he found placement again, and this cycle continued for a couple years, even after aging out of the system. At the time, Richter did not know what resources were available for youth who aged out.

This was not the life he wanted to live though, so Richter took action into his own hands. He started researching and was connected with multiple organizations, including Lifeworks and ECHO, who helped him get support and, eventually, the housing he is in today.

Richter hopes other young adults in his shoes use this opportunity for help.

"The housing authority will pay rental assistance on their behalf to make rent affordable and they will also receive support services," said Lisa Garcia, vice president of assisted housing at HACA.

The vouchers are available to young adults, 18-24 years old, who aged out of the foster care system and are at risk of experiencing homelessness.

They will need to complete a Coordinated Assessment (CA) to see if they are eligible. If so, they’ll be connected to one of these vouchers. For more information on these resources and the assessment, visit Austin ECHO.

Richter still struggles to make ends meet today, despite holding a job, but he recognizes he is in a much better place as he faces an uphill climb. He plans to get a second job soon.

He hopes his story shows others that one's past does not have to define one's future.

"I want to be the person that I am today, and none of bad things happened to me," he said.

Kellogg's faces lawsuit over amount of strawberries in Pop-Tarts