Police said the suspect had a gun and was threatening people in the hotel lobby. 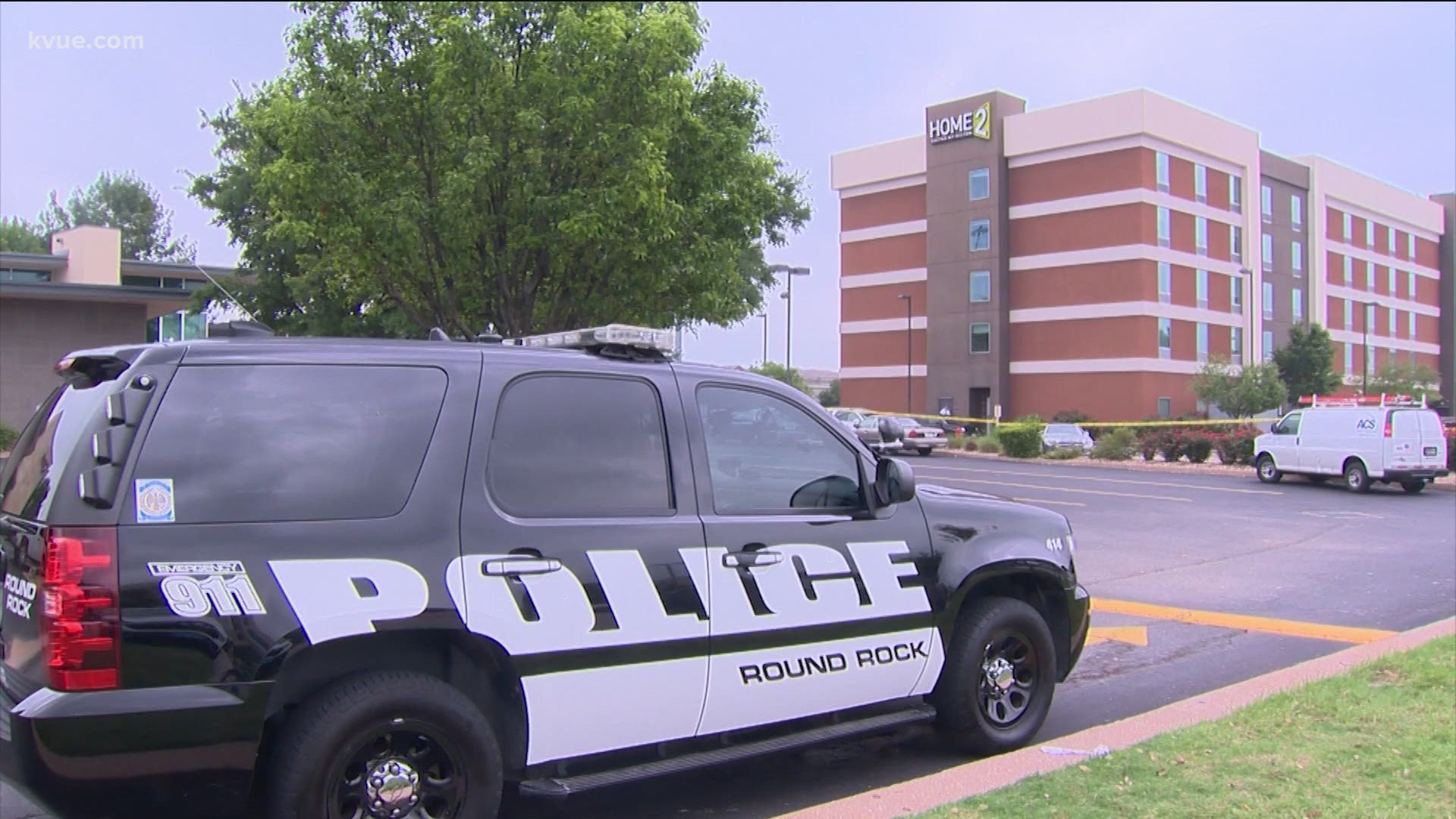 RRPD said at around 9:45 a.m. Monday, multiple calls began coming into 911 dispatch stating that a man – identified on Tuesday as 39-year-old Antonio Diaz – had entered the Home2 Suites by Hilton at 1000 W. Louis Henna Blvd. and was threatening people in the lobby with a handgun.

Callers stated that Diaz pointed his gun at people and started running from the building. The RRPD later said that Diaz had been staying in various hotels without a permanent residence.

Police arrived on the scene within five minutes of the original 911 call, RRPD said. The hotel was immediately put on lockdown. Police said there were both hotel residents and staff inside, and some locked themselves inside offices to stay safe.

One guest, Stacey Choate, who was staying on the first floor near the lobby, said she was about to walk her dogs when she heard children talking loudly, dogs barking, a man talking and then three gunshots.

"I remember being very breathy," Choate said. "I couldn't catch my breath. I couldn't push my voice out and my heart was racing. That long waiting period was really hard because you don't know what is going on."

"I couldn't catch my breath. I couldn't push my voice out and my heart was racing. That long waiting period was really hard because you don't know what is going on." -hotel guest Stacey Choate. https://t.co/QnVHFTzdue

Choate, a first-grade school teacher for Round Rock ISD, said she remembered her training, moved from near the door and reminded herself to stay calm.

"It's surreal," Choate said. "You don't think you are going to wake up on your first summer day and this happens."

RRPD said officers attempted to enter a side door of the hotel but it was malfunctioning, so three officers entered through the hotel's front door. At that time, they were confronted by Diaz.

One officer – identified Tuesday as Officer Aaron Grigsby, who has been with RRPD since September – fired his gun and Diaz was hit, according to RRPD. Officers immediately rendered aid to Diaz, as did crew members from the Round Rock Fire Department who had been engaged in the response earlier.

Diaz was pronounced dead on the scene. No officers were injured.

At that point, officers were able to get people out of the hotel.

RRPD said this is an ongoing investigation and all information provided so far is preliminary. Police will be reviewing the video that is available, which could potentially include security and body camera video. Police also stated there were multiple witnesses and people who were confronted by Diaz, and the department is in the process of interviewing everyone.

The officers involved in this incident, including Grigsby, will be placed on paid leave, per RRPD policy.

RRPD said this is a multi-jurisdictional investigation that includes the Williamson County District Attorney's Office, the Texas Rangers, the justice of the peace and the FBI.

RRPD will provide more information on this incident when it is available.

On Monday, Home2 Suites by Hilton stopped taking reservations for the day but if customers had reservations beforehand, they were asked to give the hotel a call.