For those who were evacuated from the Texas coast and found their way to Central Texas, A Crate Escape in Round Rock is willing to help. 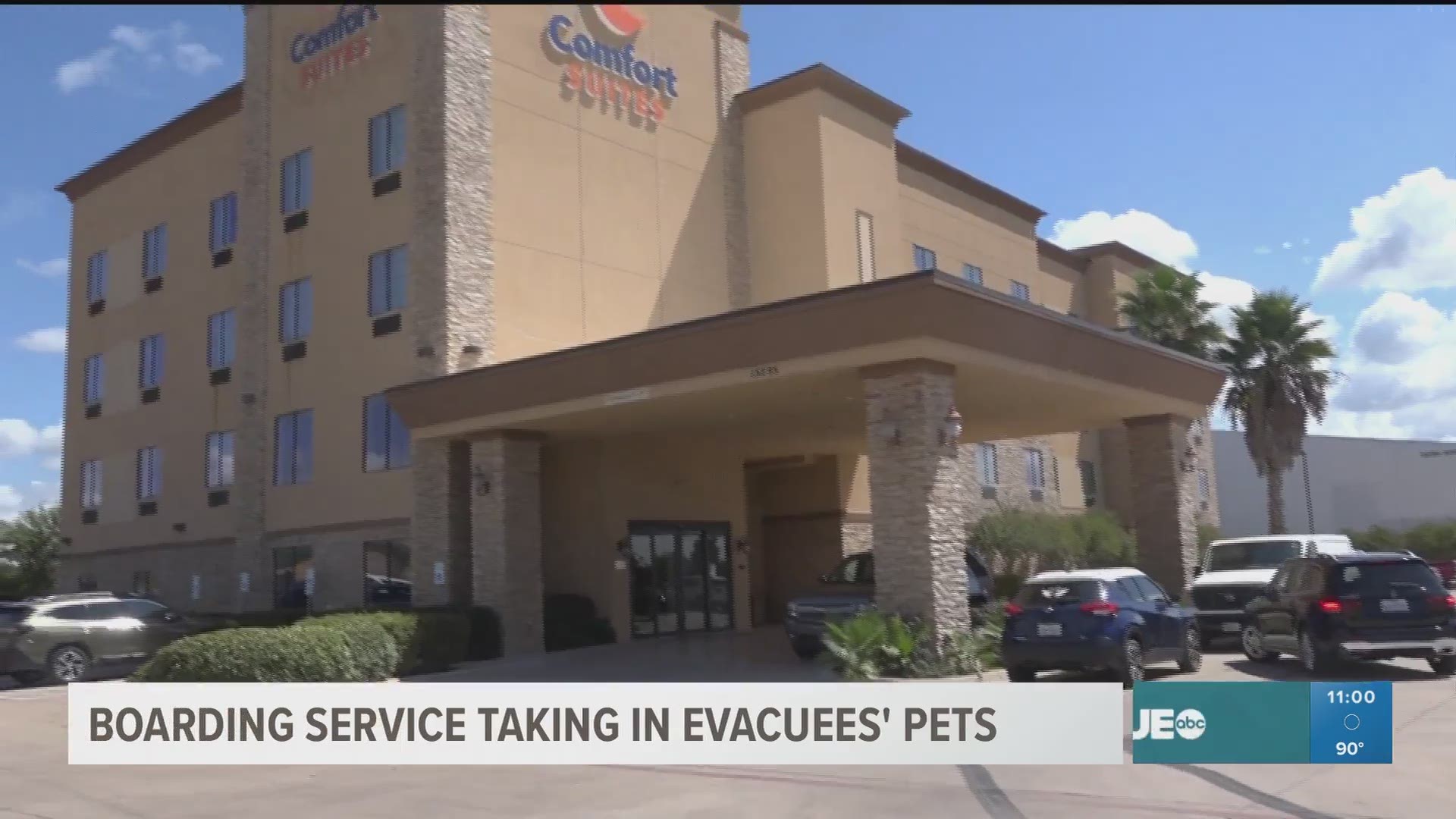 ROUND ROCK, Texas — People who have evacuated from the Texas coast have sought shelter in Central Texas over the past few days. But for evacuees with pets, it's not always so easy.

Some shelters and hotels don't accept pets. But a local Round Rock pet boarding company is hoping it can take one thing of their minds.

"We've already got a few cats in here that came from down south," Bob Sexton, managing partner of A Crate Escape, said. "If they're in an evacuation zone, we're not charging them for two nights."

For Sexton, it's about making things easier during a hard time.

"It's an opportunity for us to give back something in a positive way to help the dogs. Yes, it helps the owners as well. We know that. But we're dog people. We love them," he said.

Wesley Baldree and Boomer, his Great Dane, evacuated from a small city north of Beaumont. He said A Crate Escape has given him one less thing to worry about.

"Not very many hotels will take a Great Dane dog that ways 115 pounds," Baldree said. "He had to have a place to go. I wasn't going to leave him. I really appreciate them taking him."