His mom wants parents to educate their kids about her son's disability, or what she calls, a "diff-ability." 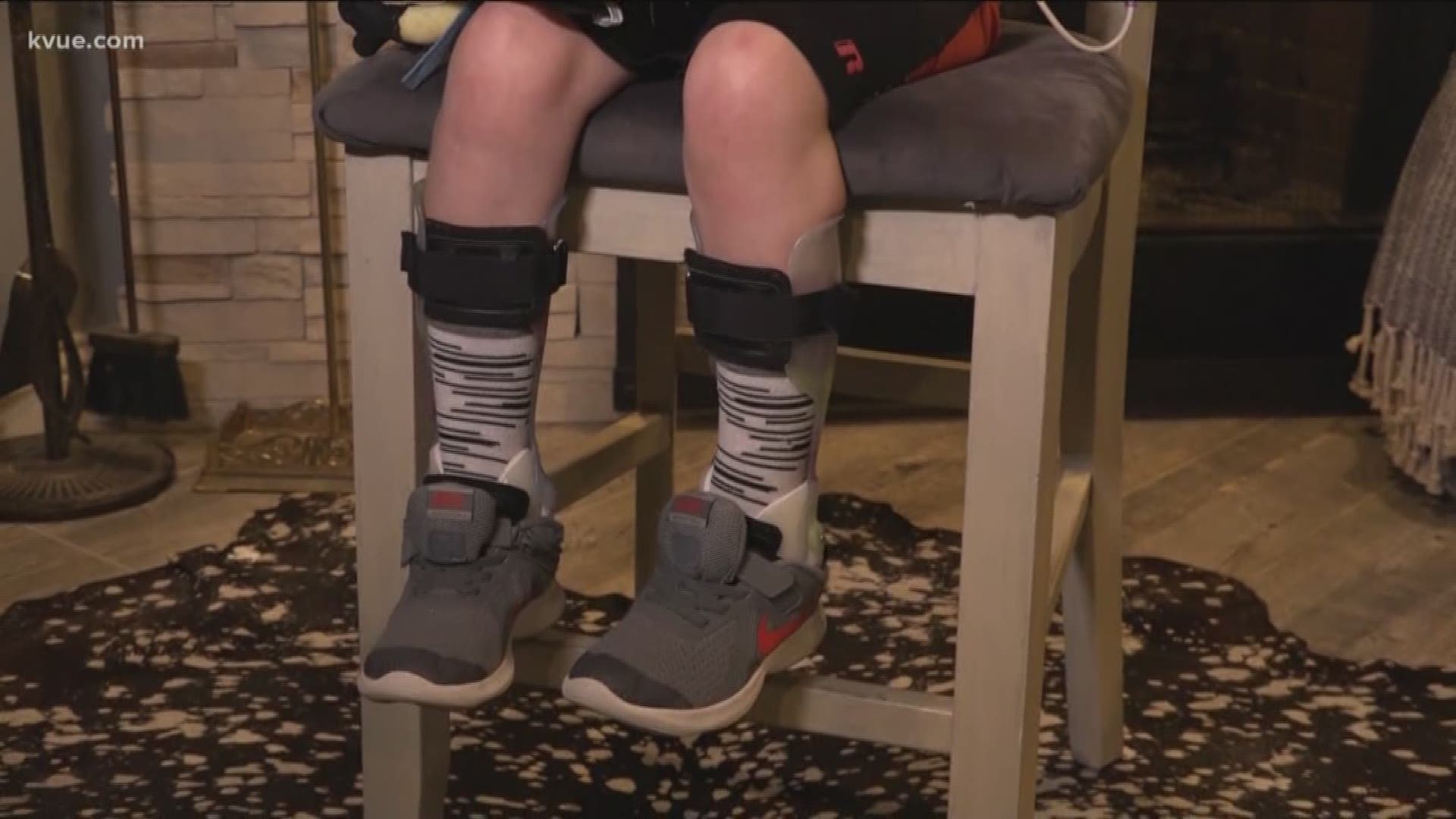 ROUND ROCK, Texas — Christina Greene said her 5-year-old son, Jonah, was bullied at school because of something he was wearing for his medical issues.

She said the school administration was working with the family on the problem and it was an isolated incident.

"He's trying to live his best life," said Greene. "He wants to be at school, like everybody else. He wants to walk down the hallways. He wants to sit at his desk and draw and paint and color and read and do everything that those kids want to do too."

Jonah was in kidney failure as a baby and had a transplant.

"He does need a feeding tube. He has a G-button. He does have cerebral palsy and that's where he suffers from his physical ailments, but he really does try hard to be as normal as he can." said Greene. "He has a compromised immune system because of the kidney transplant. He has to take medication. That suppresses his immune system so that his body doesn't reject the kidney."

The family embraces their blessings and Greene said it's hard when kids pick on Jonah, which she said had never happened before Tuesday.

RELATED: The 2018 Round Rock ISD Bond has many on the fence: Here's what you need to know

"It takes a lot of courage to be able to go to school and be different and look different," said Greene. "I don't know what they were thinking, but they thought it was okay to bully my son. The school has actually done a great job of taking care of the situations."

Christina said she hopes Jonah never has to go through this again and hopes parents will teach their kids that it's okay to be different.

Greene said Jonah was doing better after the bullying.

Round Rock ISD commented on the incident as follows:

"In Round Rock ISD, we strive to create learning environments where all students feel welcomed, comfortable and supported. Our efforts include working to establish cultures of kindness at campuses through education and support. On the occasion that bullying is reported, our campuses work to quickly investigate, take appropriate action and take the necessary steps to ensure that learning environments meet the needs of all."