All southbound lanes of Interstate 35 at Hesters Crossing were closed on Tuesday morning. 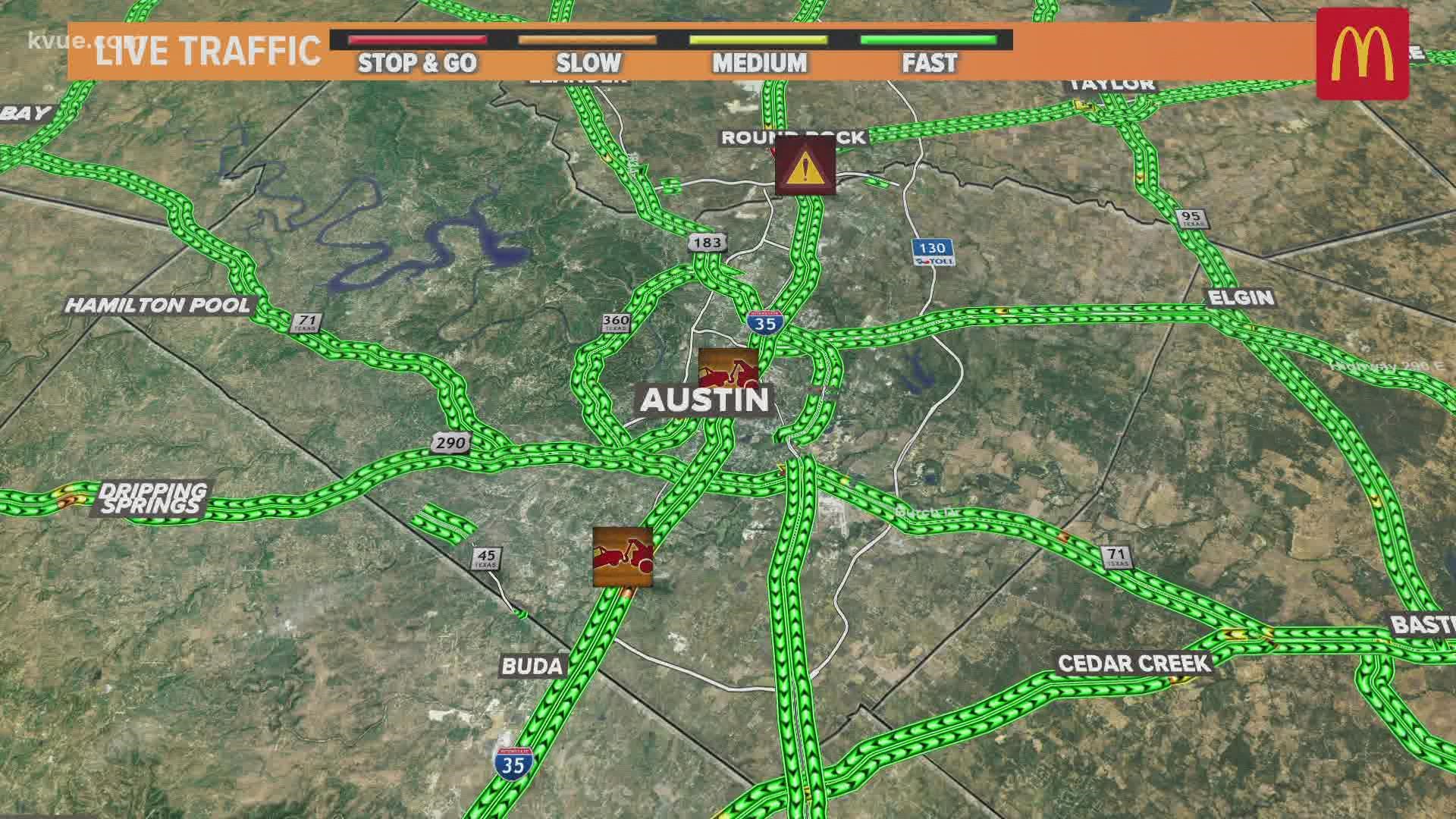 ROUND ROCK, Texas — One person died and two others were injured after a crash on Interstate 35 in Round Rock early Tuesday morning.

Round Rock police said the wreck involved three vehicles, including an 18-wheeler. The deceased victim was identified Wednesday as Janette Gaither, 36, of Fort Worth.

5:45AM UPDATE: Southbound IH-35 remains shut down at Hesters Crossing. Traffic is being diverted onto the frontage road. Seek alternate routes.

The wreck involved 3 vehicles, including an 18-wheeler. There is one confirmed fatality and two other reported injuries. pic.twitter.com/pO2e8FG8NG