Children normally flood the streets of a Round Rock neighborhood, but when almost nobody showed up to trick-or-treat Thursday, families celebrated Friday night too. 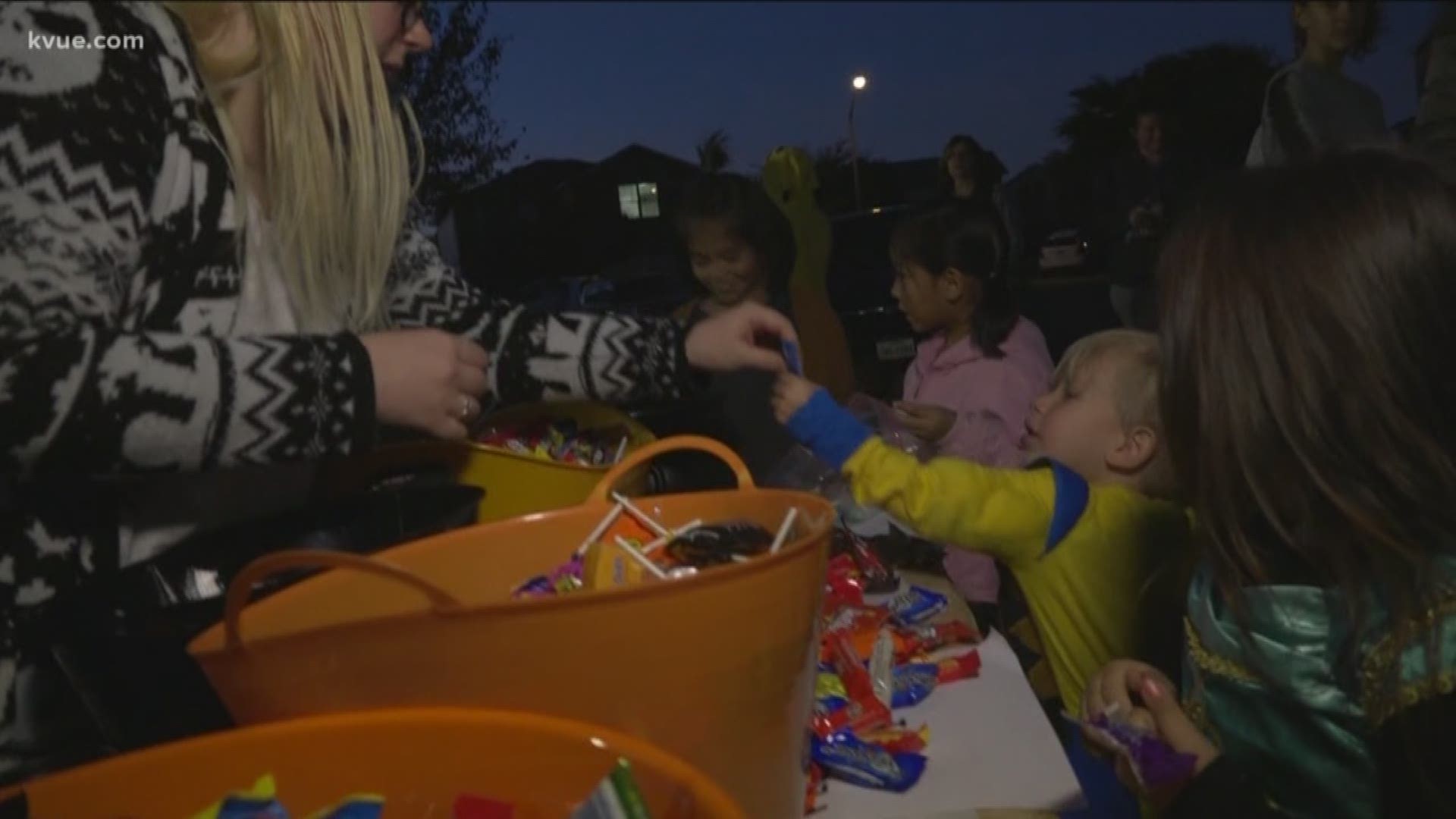 Kasey Minney just moved her family to the neighborhood in June. When she talked to her neighbors, they all told her every Halloween they get swamped with kids. They have one of the "good neighborhoods" in kids' minds: giving out king-sized candy bars long after the sun sets. This Halloween, few kids came out trick-or-treating.

"Everybody either stayed in or went to a 'trunk-or-treat,'" Minney said. "It was so cold we didn't have many visitors. We were on the corner waving king-sized candy bars and blasting music, but nobody stopped by."

"It started out as a joke," Minney said. "Somebody asked, 'What am I supposed to do with all this candy?' and I had half a mind to just organize a block party myself."

Trick-or-Treat Forecast: From 'Boo!' to 'Brrrr'

Minney put this together as a way to use all the candy from the neighborhood. Whatever candy gets left over will be donated in some fashion. Minney says she will bring some of the leftover candy to her work, other parents have volunteered to send the candy overseas to service members.