The Texas Criminal Court of Appeals will decide whether Jimenez will stay free or be tried again for the death of a toddler she was babysitting in 2003. 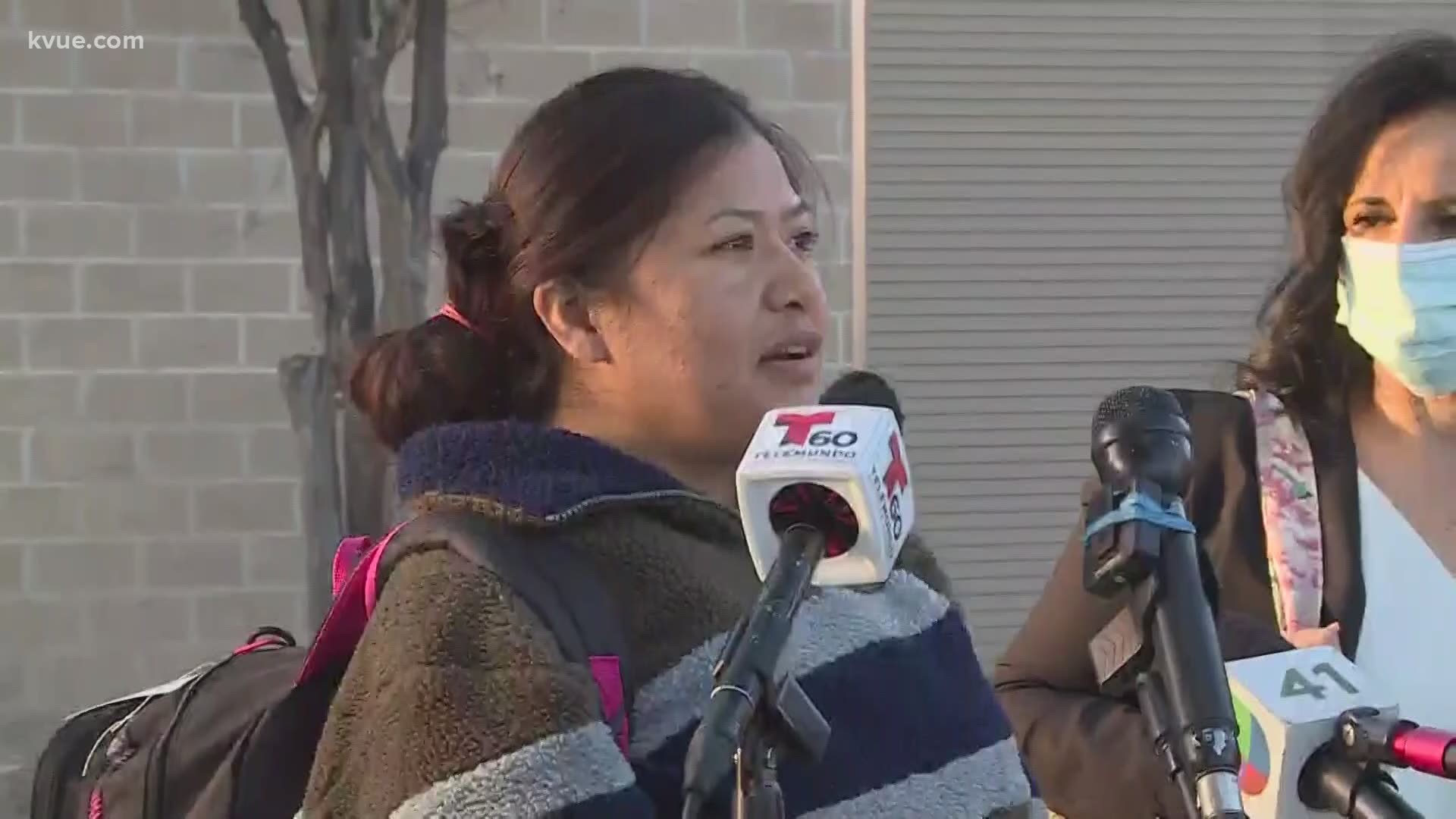 AUSTIN, Texas — This week, Rosa Jimenez was released from an Immigration and Customs Enforcement facility in San Antonio after a judge found her likely innocent in the death of a toddler in 2003.

Austin police arrested Jimenez after a toddler, Bryan Gutierrez, died while she was babysitting. According to court filings, 21-month-old Gutierrez died three months after suffering brain damage caused by a lack of oxygen after choking on a "wad of paper towels."

After 18 years behind bars, appeals and an overturned conviction, Jimenez will be staying in Austin with family awaiting a ruling from the Texas Court of Criminal Appeals.

Within his first month as Travis County District Attorney, Jose Garza said defense lawyers for Jimenez approached him about new evidence and new experts. A judge this week sided with Jimenez's attorneys, saying evidence and experts showed Jimenez was likely innocent and the toddler's death may have been an accident. Garza agreed.

RELATED: Rosa Jimenez released on bond, to return to Austin

"The District Attorney's Office concurred with defense counsel that Ms. Jimenez, through her attorneys, had presented evidence that established that it was more likely than not that she is innocent," Garza said.

With Jimenez released, that leaves two options for the Criminal Court of Appeals – a brand new trial or determining Jimenez is, in fact, innocent. A trial court in Texas cannot overturn a conviction. A new trial would mean starting over from scratch.

"It is starting from square zero, which also means that we won't know what her fate is on day one," Tycha Kimbrough, a criminal defense attorney in Austin, said. "Either the jury will have to find her guilty or the jury would have to acquit her or the judge would have to do so. It's a re-do."

"The burden is on her, not the State," Prof. Kenneth Williams, a criminal law professor at South Texas College of Law, said. "She's got to prove that she's actually innocent. At trial, the burden is on the prosecution to prove guilt beyond a reasonable doubt. But at this point, the standard is she's got to prove her innocence by clear and convincing evidence."

The Court of Criminal Appeals will be looking at each piece of evidence, testimony and hearing to determine whether Jimenez met that burden of proof. Williams believes that could take months.

In the meantime, the attorneys from the Innocence Project, who fought for Jimenez's freedom, say they're not surprised Garza already agreed the new evidence and testimony suggest Jimenez is more than likely innocent.

"We were certainly appreciative, but we were in no way surprised because the evidence is so clear cut," Vanessa Potkin said. "You have the leading pediatric airway doctors all unanimously saying, 'Not only is this our opinion, but any reasonable pediatric otolaryngologist that looks at this case would similarly conclude that this was an accident and no crime occurred here.'"

Garza said he has been in direct contact with the family of Gutierrez and plans to continue talking with them whether or not a new trial starts.

VERIFY: Ibuprofen/Acetaminophen should be avoided before getting vaccine, but OK afterward