Rosa Jimenez released on bond, to return to Austin

Rosa Jimenez has been granted another chance to maintain her innocence. 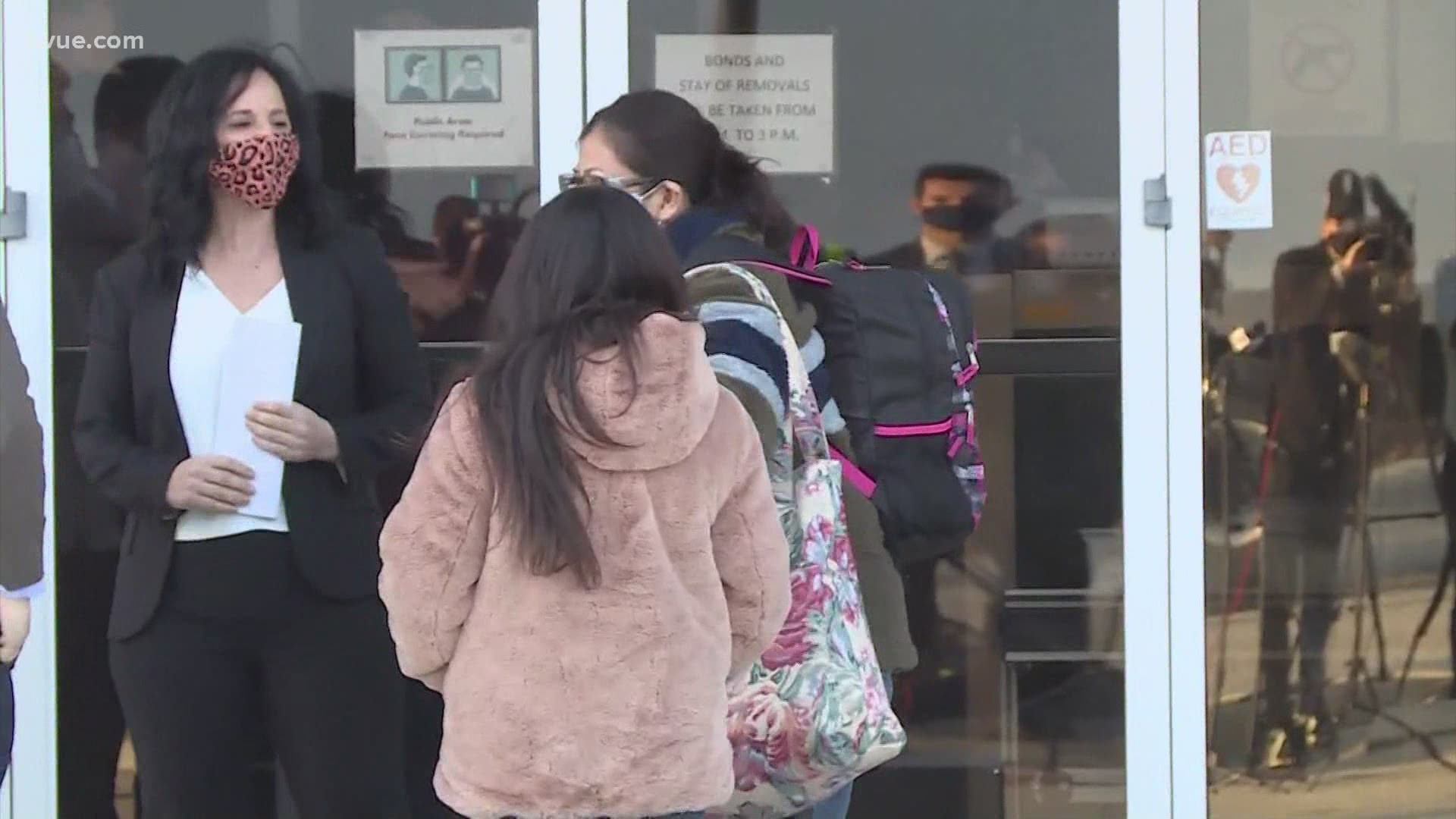 TRAVIS COUNTY, Texas — A Travis County judge said Tuesday that she would order prison officials to release Rosa Jimenez on bond as her quest to be declared innocent continues. She was released on Wednesday and will return to Austin.

When she was arrested, Jimenez was seven months pregnant with her son and was also separated from her one-year-old daughter. Her representative said it has been a huge victory that she was able to walk out Wednesday, as next week her daughter will be getting married.

"I just want to say thank you to all that stood behind me all these years: The Innocence Project, the consulate, Jose Garza ... thank you so much," said Jimenez. "I'm just going to try to live my life with my kids."

The Travis County District Attorney's Office agreed to allow Jimenez, who was convicted of murder 18 years ago, another chance to testify in support of her claims of innocence on Tuesday.

On Wednesday, the judge concluded the State's case and subsequent conviction relied on false and misleading testimony. She also said Jimenez satisfied the burden of proving innocence.

Jimenez was convicted after a child she was taking care of choked to death on a wad of paper towels. During her trial, evidence was presented that included testimony that it would have been impossible for the child to have swallowed the paper towels accidentally. However, since then, four judges have concluded that it is likely Jimenez is innocent and entitled to a new trial.

Judge Karen Sage said Tuesday that Jimenez is at least entitled to a new trial.

"Given my finding, my preliminary finding or my initial finding, it is – I have no objection to go forward under 1165 today. I do not believe that Ms. Jimenez should spend another night in jail if it can be prevented," Sage added.

The court then went into recess. It resumed Wednesday morning at 9 a.m. for Sage to offer her initial findings and conclusions.

Lawyers for Jimenez called on national pediatric airway experts who testified that it was possible for the child to have choked by accident.

Jimenez's attorneys also say she has kidney disease and is at high risk of contracting COVID-19. She has been in prison at the Mountain View prison unit in Gatesville, north of Killeen.

The DA's office also released the following statement on Wednesday:

Last night, the District Attorney’s Office joined counsel for Ms. Rosa Jimenez requesting Ms. Jimenez’s release. As a result, Judge Sage signed an order to release Ms. Rosa Jimenez on bond. Judge Sage is now the fifth judge to find that Ms. Jimenez is likely innocent and, at a minimum, entitled to a new trial.

Ms. Jimenez was charged with murder and sentenced to 99 years in 2004 based on the testimony of experts that our office called at trial. Those experts gave the opinion that the child in question, B.G., could not have choked accidentally on paper towels.

At the hearing yesterday, three expert witnesses testified that the death of BG was likely accidental. They are all nationally recognized experts in pediatric airway function. Our office also filed an affidavit from one of the original experts who testified. This expert, after having the opportunity to review statements from the pediatric airway experts, said that her original opinion has changed.

Ms. Jimenez was picked up from prison this morning and transferred to ICE custody where she will be released this afternoon. She will remain in Travis County while the Criminal Court of Appeals rules on Judge Sage’s findings of fact and conclusions of law. The proposed findings of fact were agreed upon by the Travis County District Attorney’s Office and counsel for Ms. Jimenez. Our office joined defense in arguing that, in light of the testimony and affidavit from our expert witness, Ms. Jimenez is entitled to relief because she is likely innocent.