The lawyers for Rodney Reed, a man who was arrested for the 1996 strangulation death of Stacy Stites, have filed a federal Civil Rights lawsuit against Texas.

Rodney Reed's lawyers filed a federal Civil Rights lawsuit on Thursday against the State of Texas.

Reed's lawyers claim his request for DNA testing in his 1998 conviction for the murder of Stacy Stites has repeatedly been denied.

Reed's lawyers claimed under Section 1983 of the United States Constitution, the denial of such testing effectively violates his constitutional rights.

“If this case were investigated today, the murder weapon would unquestionably have been tested, and could provide evidence of Mr. Reed’s innocence," said Bryce Benjet, Reed’s lawyer. "Instead, his fundamental right to due process has been violated and an execution date has been set. It simply makes no sense that the state would attempt to execute a person without conducting this basic forensic investigation."

Reed's lawyer said his request for DNA testing was filed around five years ago and was denied after long proceedings. 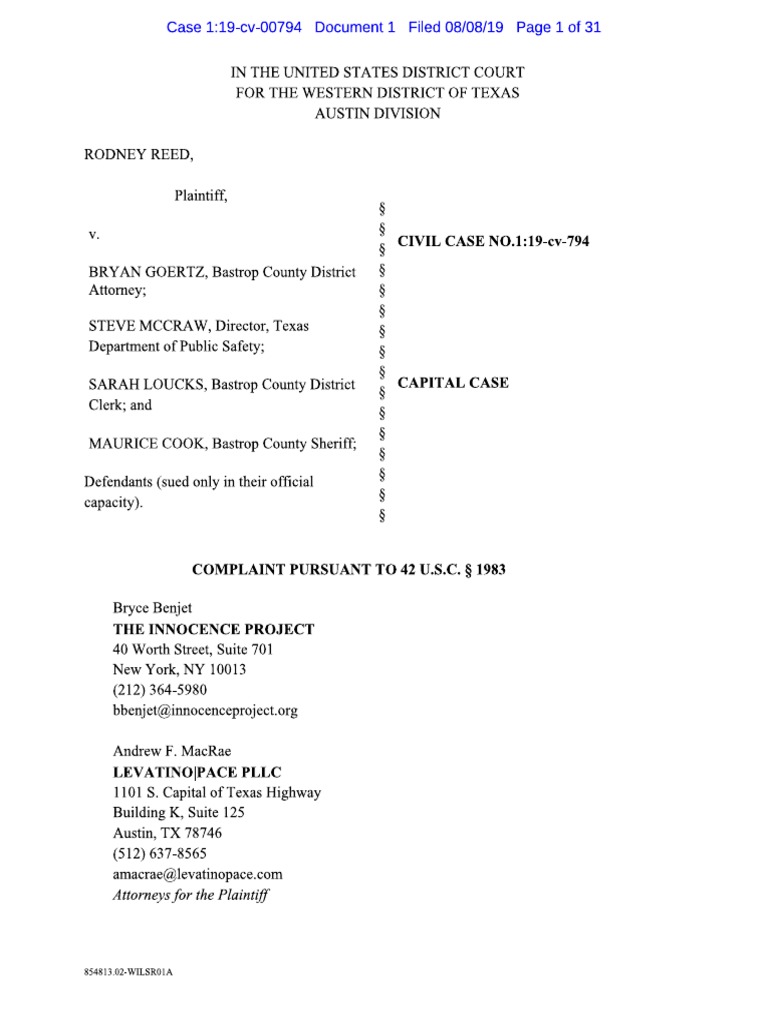