With only 11 days until Rodney Reed's execution, his family and other supporters chanted and called for the governor to exonerate Reed. 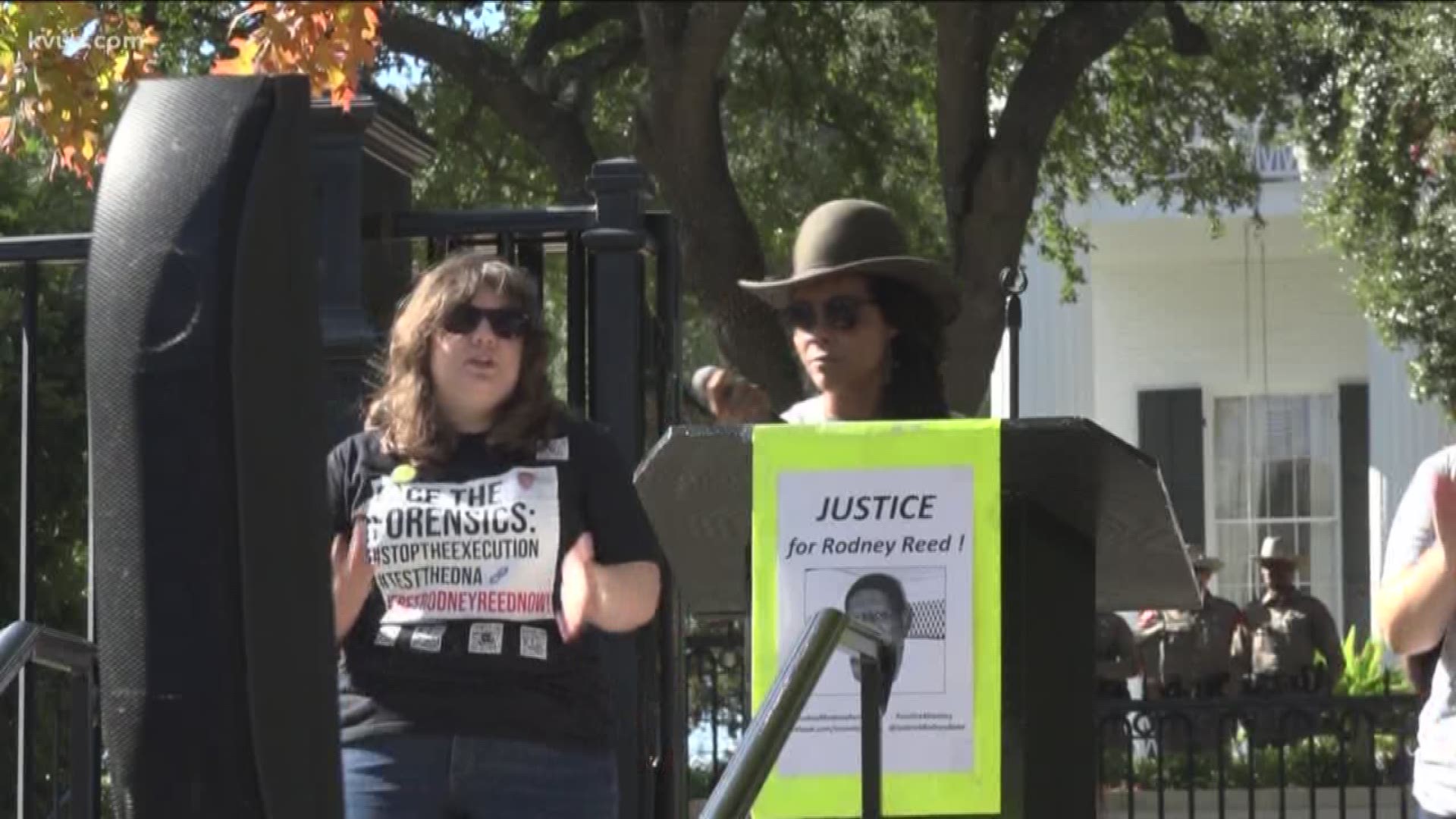 AUSTIN, Texas — Hundreds of supporters rallied at the Governor's Mansion on Saturday for a Free Rodney Reed Rally.

Reed is convicted of the 1996 murder of Stacey Stites in Bastrop County. His supporters have maintained his innocence, saying key evidence, such as the murder weapon, has never been tested for DNA.

With only 11 days left before Reed's scheduled execution, supporters pulled out signs and flags and called on the governor to stop Reed's execution.

Austin Mayor Steve Adler made an appearance at the rally on Saturday, saying, "It is unjust when there is a trial based on faulty evidence and unsound reported false science. We are gathered here today because what will happen without our effort is wrong and unjust and it should not and can not happen."

Prosecutors stand by their case and the guilty verdict, and numerous Appeals Court decisions have gone in the state's favor, including a U.S. Supreme Court decision not to review his case.