The rally was held exactly a week before Reed's scheduled execution date. 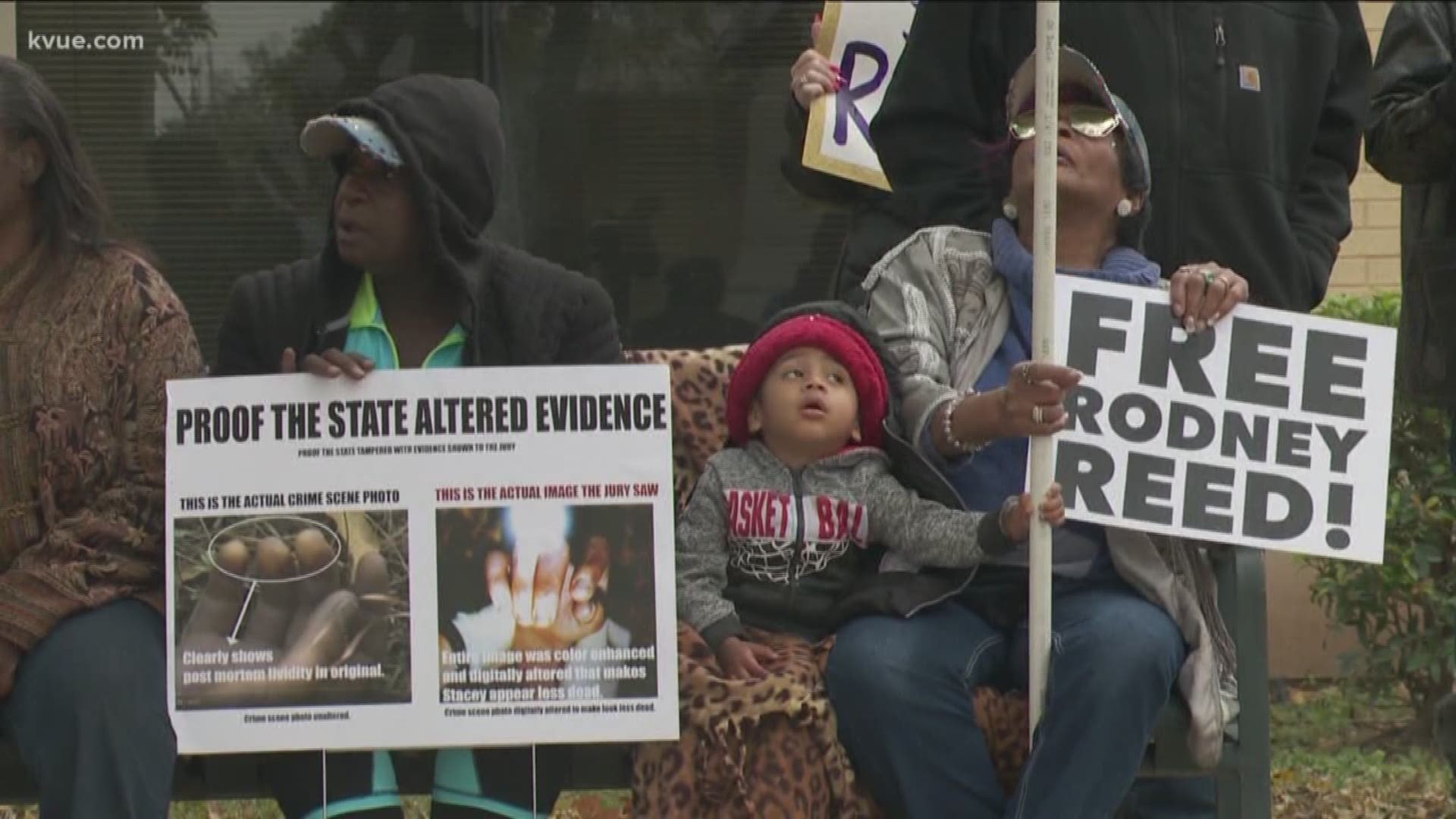 The rally started at noon and featured several speakers calling on lawmakers to stop Rodney Reed's execution, scheduled for Nov. 20.

Reed was found guilty of Stacey Stites’s 1996 murder in Bastrop County. Reed and his supporters have maintained his innocence, saying key evidence, such as the murder weapon, has never been tested for DNA.

"You know my brother is down there on death row as we speak – innocent, innocent of the crimes in which he has been charged," said Rodrick Reed. "We yearn to be whole again, our family, to be whole again. We're looking forward to the day when we can just sit down at the dinner table, pray together and eat together as a normal family should. We're yearning for the day when all this has been put behind us."

The Reed Justice Initiative is made up of Reed's immediate family members who believe he is innocent.

The organizations created a Facebook event for the rally and posted that Reed "specifically stated at a visit this past Friday that he needed there to be a rally happening during the Bastrop hearing."

On Tuesday, the Court of Appeals postponed the hearing until further notice, but Reed's supporters confirmed the "rally will go on!" and proceeded to change the rally location, which was originally set outside of Bastrop County Jail.

The hearing was set to allow Reed's attorneys to ask a judge to void the execution order set by Senior Judge Doug Shaver in July.

Reed's attorney was set to argue the motion that Judge Shaver did not have the authority to order the execution because his assignment as judge ended before he finished the case.

Reed's family and supporters believe that Judge Shaver's assignment on Rodney's case has "been improper and void since May 28, 2014."

"We're also urging Judge Campbell to void this unconstitutional November 20th execution date," said the organization's Facebook event. "Judge Campbell is known for being a fair man and it is our prayer that he can be the change in this case so we can finally actualize justice for both Rodney and Stacey."

Reed's execution date is still scheduled for a week from the rally.

A 7 p.m. to 7 a.m. vigil is also scheduled for Thursday in Austin outside the Governor's Mansion, as well as a vigil outside the Bastrop County DA's office from 7 p.m. to 10 p.m.