Reed was scheduled to be executed on Nov. 20. 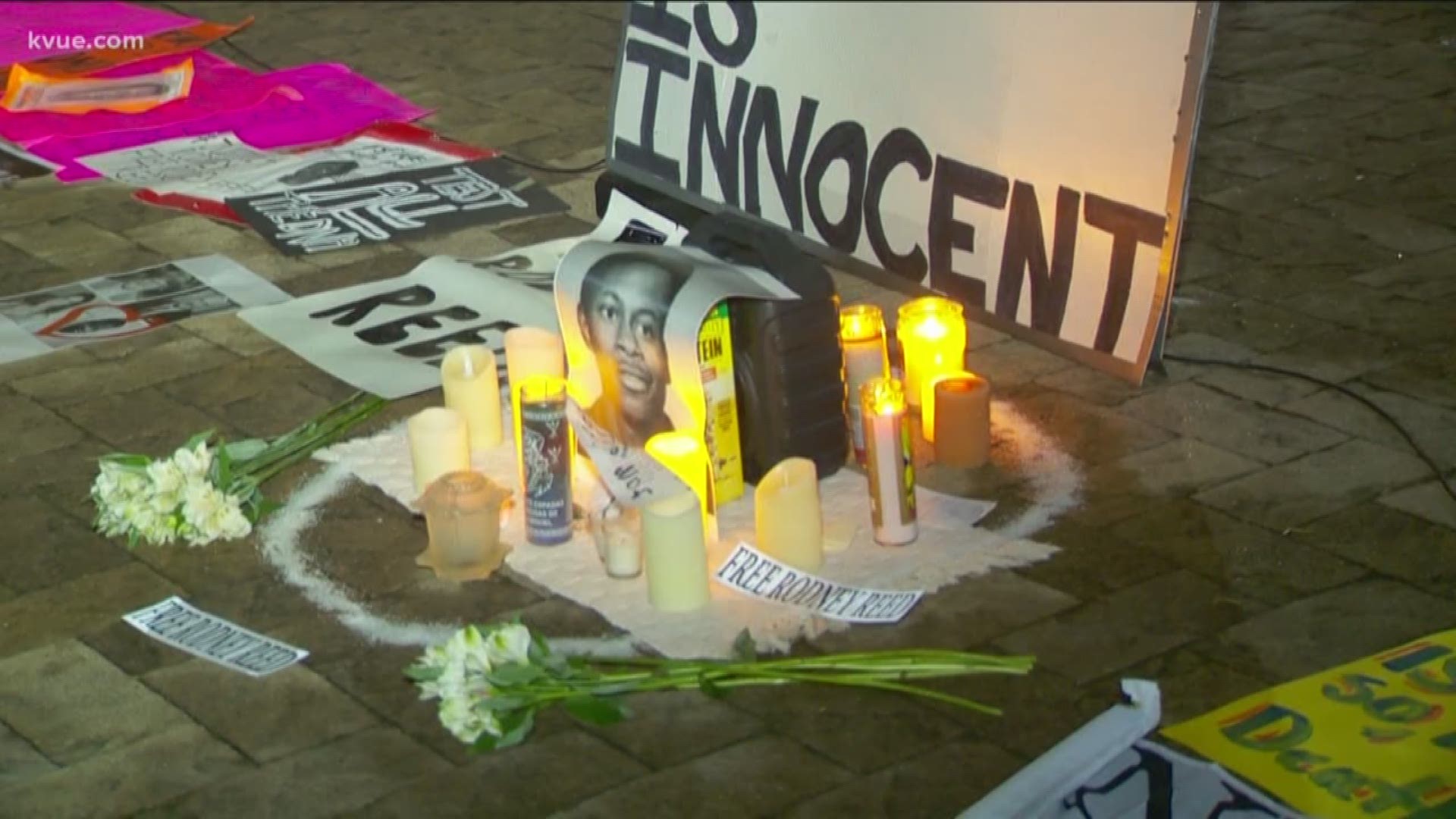 BASTROP COUNTY, Texas — The execution date scheduled for Texas death row inmate Rodney Reed was just days away, but the Texas parole board said his execution should be delayed, the parole board has confirmed to KVUE. Later in the day, the Texas Court of Criminal Appeals ordered a stay of Reed's execution. Click here to see what that means.

Reed was scheduled to be executed on Nov. 20, but now the Texas Board of Pardons and Paroles recommends a delay of the execution. The board said in a statement that Reed submitted a clemency application to the board requesting a commutation of his sentence to a lesser penalty or a 120-day reprieve.

The board completed its review on Friday, Nov. 15. The board has unanimously recommended a 120-day reprieve but has not recommended the governor grant a commutation of sentence to a lesser penalty.

According to the Associated Press, Abbott has halted one imminent execution since taking office in 2015. Since Texas resumed executions in 1982, only three death row inmates have had their sentences commuted to life in prison within days of their scheduled executions, the AP reported.

A total of 11 stays have been granted to death row inmates in 2019.

The Texas inmate was convicted of killing a woman named Stacy Stites back in 1996. However, his family and supporters have maintained his innocence, claiming the husband of Stites was the one responsible for killing her.

In October, a witness said the fiance of Stites, Jimmy Fennell, knew she was having affair. That witness is a former Bastrop County deputy.

Another witness, who is a former inmate, claims he had a conversation with Fennell while in prison around 2010. According to an affidavit provided by our partners at The Statesman, inmate Arthur Snow Jr. said Fennell bragged about killing Stites.

Millions of people have also signed a petition, asking Gov. Greg Abbott to stop his execution, including major celebrities such as Beyonce, Rihanna, T.I. and more.

Reed's case even got support from Texas lawmakers, including Sen. Ted Cruz and Sen. Kirk Watson.

According to the Statesman, in a petition filed on Nov. 12, eight additional witnesses have come forward in support for Reed. The new witnesses support Reed's claim that he was having an affair with Stites. They also support the claims that Fennell was the person who killed Stites.

That same day, the Texas Court of Criminal Appeals issued an order that a hearing for Reed is stayed until further notice. This was a last-minute attempt for Reed's attorneys to ask a judge to void the execution order set back in July.

For more in-depth coverage on this case, listen to KVUE's new podcast on Rodney Reed called Texas Crime Files. You can download the app on iPhone and Android devices.