With the Ori system, developers are able to save space in smaller homes. 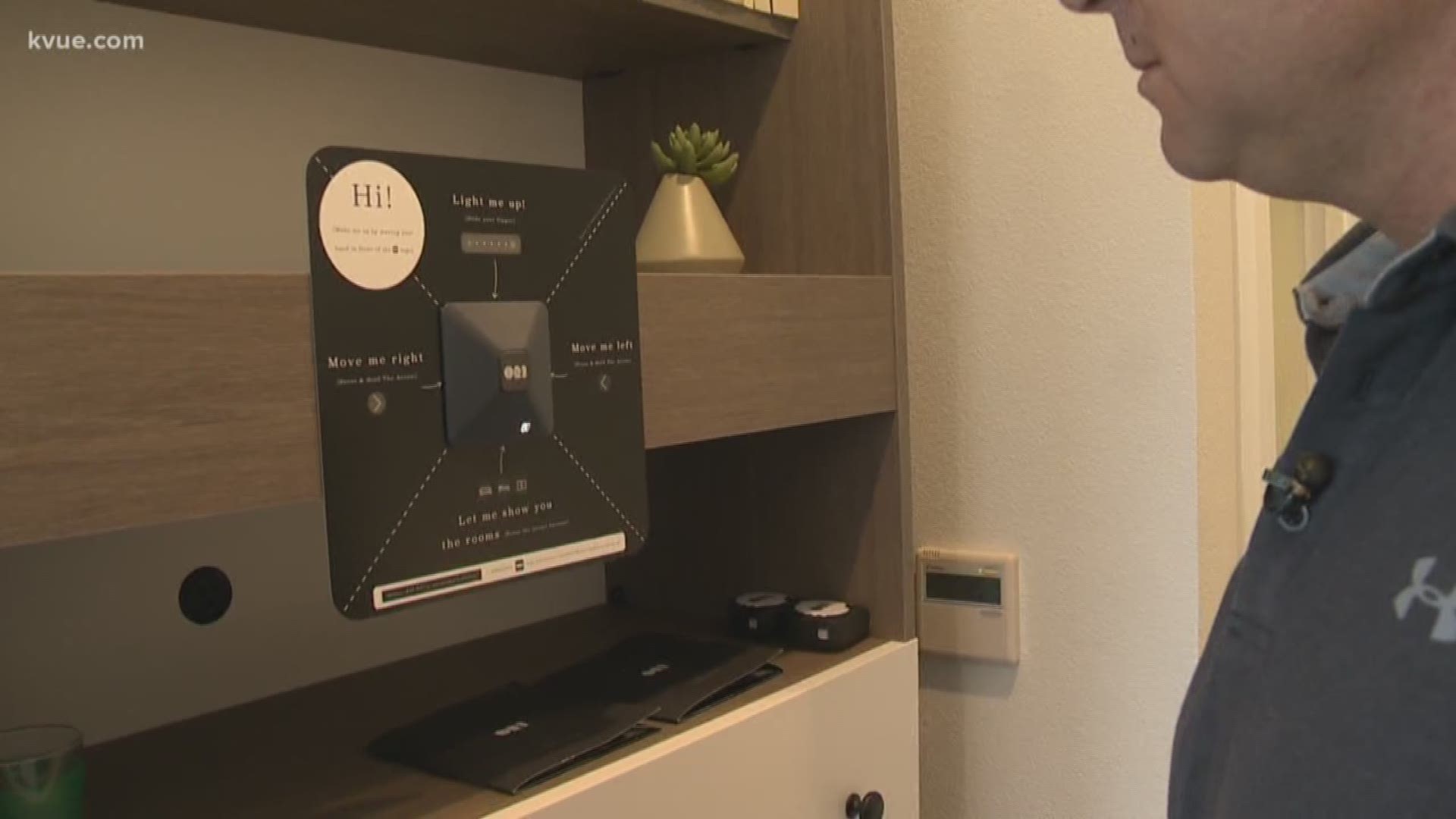 "You wave your hand over it like this and you hit this button ... the system will move to the desired location ... this one is currently in storage mode so it will move out about four feet," he explained.

Sproat showed us the system in a micro unit that was 512 square feet. But with a simple voice or motion command, Ori configures the bedroom into a living room.

"You almost gain 100 feet of space with a unit like this, and in Austin where space is in high demand, something like this solves a lot of problems," said Sproat.

The micro units allow residents to live efficiently, maximizing space when you need it.

Greg Anderson was one of several people who took the tour.

"When you're in a smaller space where space is at a premium, do you really need your bed out all day? Or if you could just push a button and make the bed disappear and open up your living space for the rest of the day and have your friends and family over, I think that's a great opportunity for more living," said Anderson.

The micro units on East Fourth Street are near downtown, which makes it easier for residents to ditch their cars.

"Because we're located so close to mass transportation, we're on the hike-and-bike trail, you can walk into downtown, its less than a mile," said Sproat.

As Capsa Ventures was building it's micro units, it was also working on becoming the greenest condo development in Austin. The development earned a 5-star rating through the Austin Energy Green Building program, the highest rating available. The last condo project to earn the rating was the first phase of The South 5th in 2010.

Ori, the robotic furniture startup, was born in MIT in Boston and is now in 10 cities across the country. Ori can also connect to Alexa and Google Home.