Here's what you can expect as many head into Austin for the F1 Grand Prix. 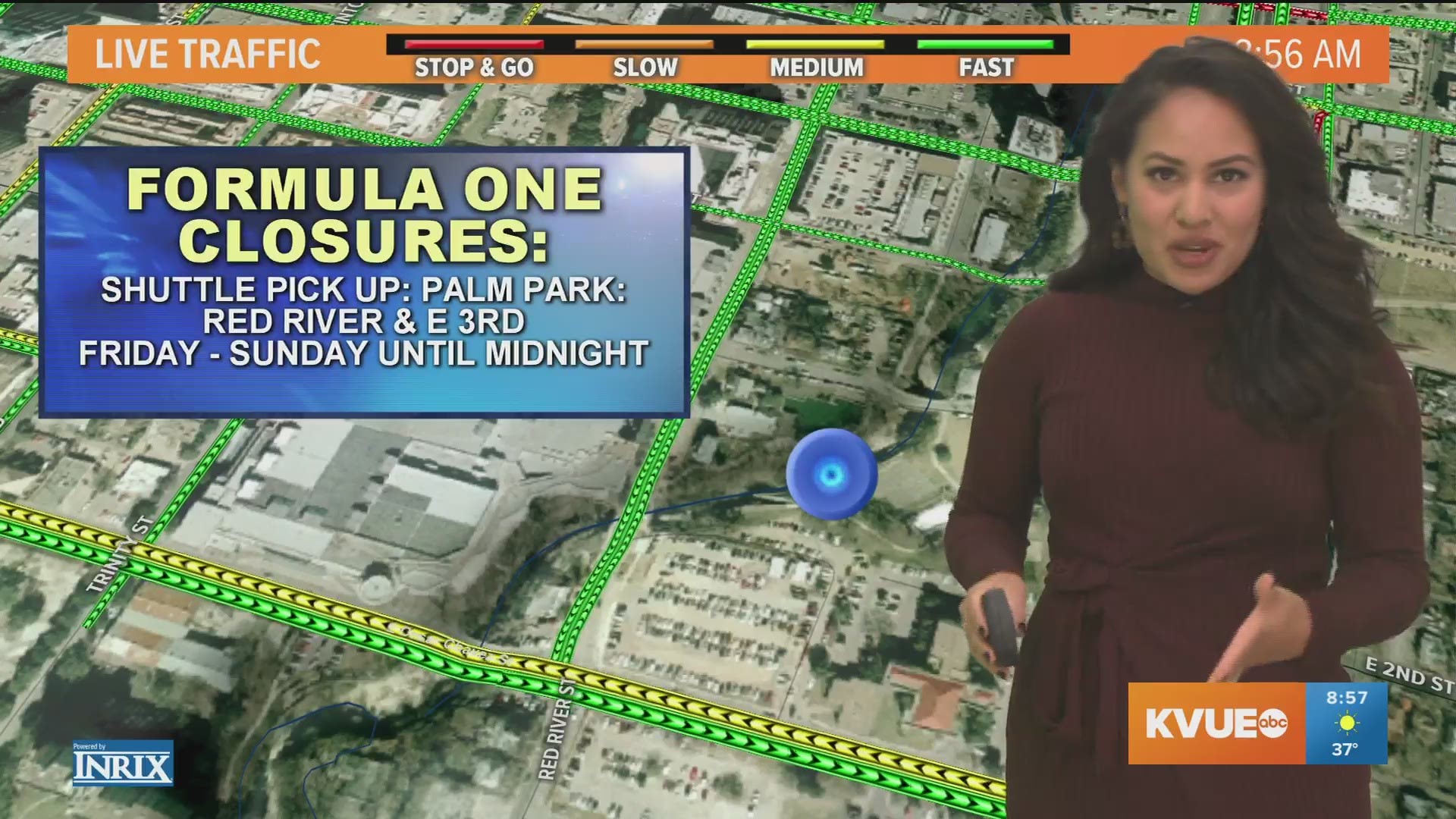 AUSTIN, Texas — Roads in Downtown Austin will be closed to accommodate Formula 1 this weekend.

According to the City of Austin, the following streets will be seeing closures to allow for the Formula One shuttle service to pick up and drop off event goers traveling to the Circuit of the Americas.

East Third Street will be closed from Red River to the Interstate Highway 35 frontage road.

Nash Hernandez Sr. Road will also be closed from Comal to Chicon streets during the hours of 6 a.m. to 11:30 p.m.

If you did not purchase an on-site parking pass, you will not be able to park at the Circuit of the Americas during the weekend. No vehicles will be permitted on COTA Boulevard without a valid parking pass.