Richard Overton, the oldest living World War II veteran and Austinite, kept his eye on the East Austin street since 1945. 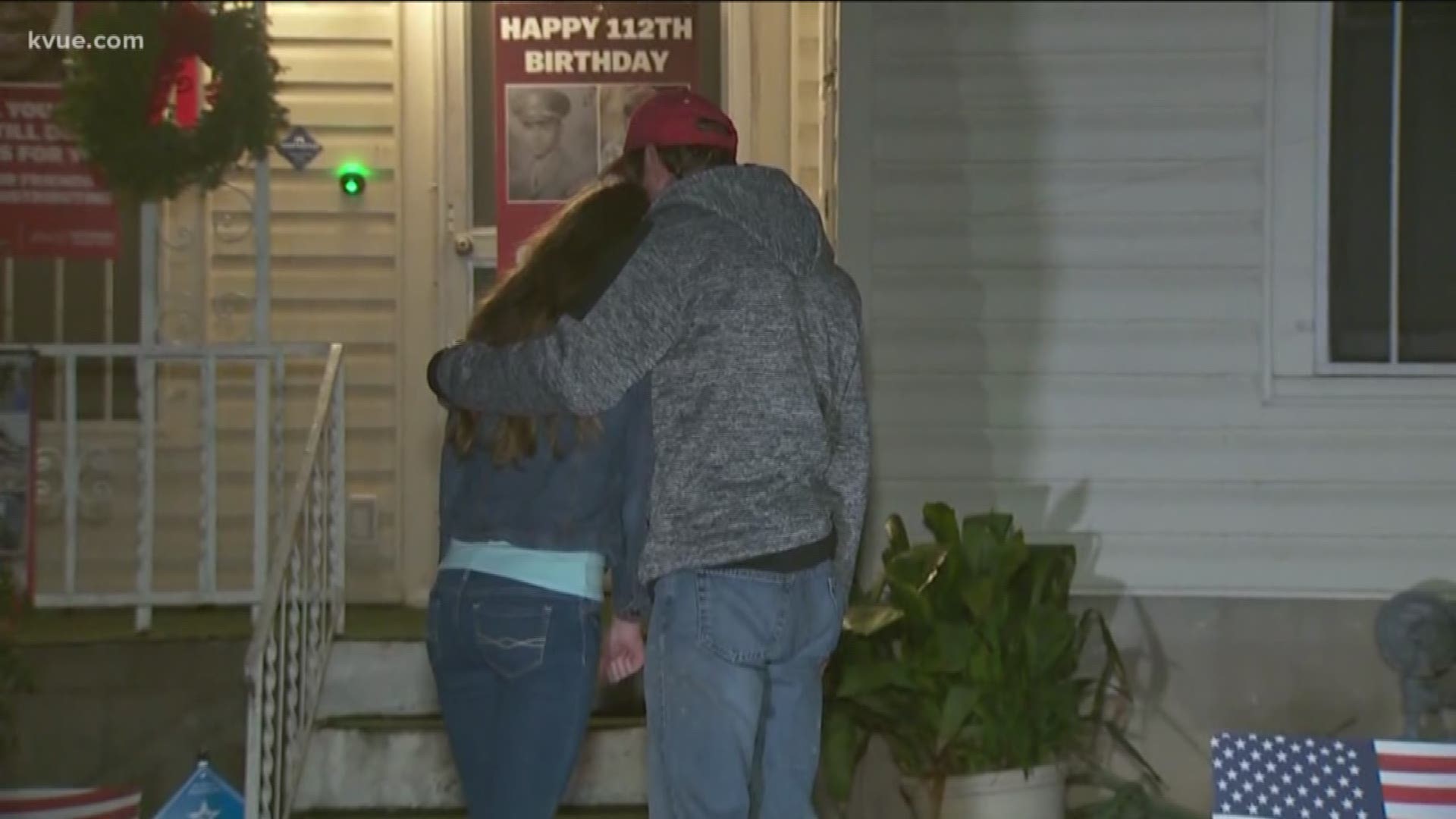 AUSTIN — Since the news broke Thursday evening of Richard Overton's passing, people have been stopping by his home in East Austin to remember him and take photos.

A father and his daughter laid a candle out with some flowers on the front porch and even Austin police have increased their patrols on the street to keep an eye on the house.

It's a way to say thanks to the man who kept his eye on the street since 1945.

He was a famous neighbor, and, just like clockwork, you could count on him being out on the front porch, smoking a cigar, drinking whiskey and watching over the neighborhood.

Helen Elliott has lived in his neighborhood since 2012. She threw his 109th birthday party, appropriately called "Mighty Fine at 109." She said she'll miss seeing Overton on that front porch.

"Every morning when I would go to work I would honk and wave and he would wave back," she said. "And there he was when I would come home from work waving with that cigar."

She said he served as a fatherly figure in the neighborhood.

"He was just so watchful over us, always asking me if he didn't recognize the car, 'Who was that?' Or, 'Hey are you going out of town? Do you need me to come water your plants?' 'No, Mr. Overton, I think I got it.' I'm gonna miss that fatherly figure that he provided definitely."

His other neighbor, Isaiah, said he'll miss him, too.

"We used to chitchat with each other all the time," he said. "'How have things been?' 'How has life been?' And we just used to sit and talk have fun."

Of course this road may be Hamilton Avenue to people who grew up here, but last year, for his 111th birthday, the city renamed it in Overton's honor. So now a plaque at the end of each street bears his name.

It's a legacy he'll leave for a long time here, and he won't soon be forgotten. Not by Austin and certainly not by the people who lived on this street.