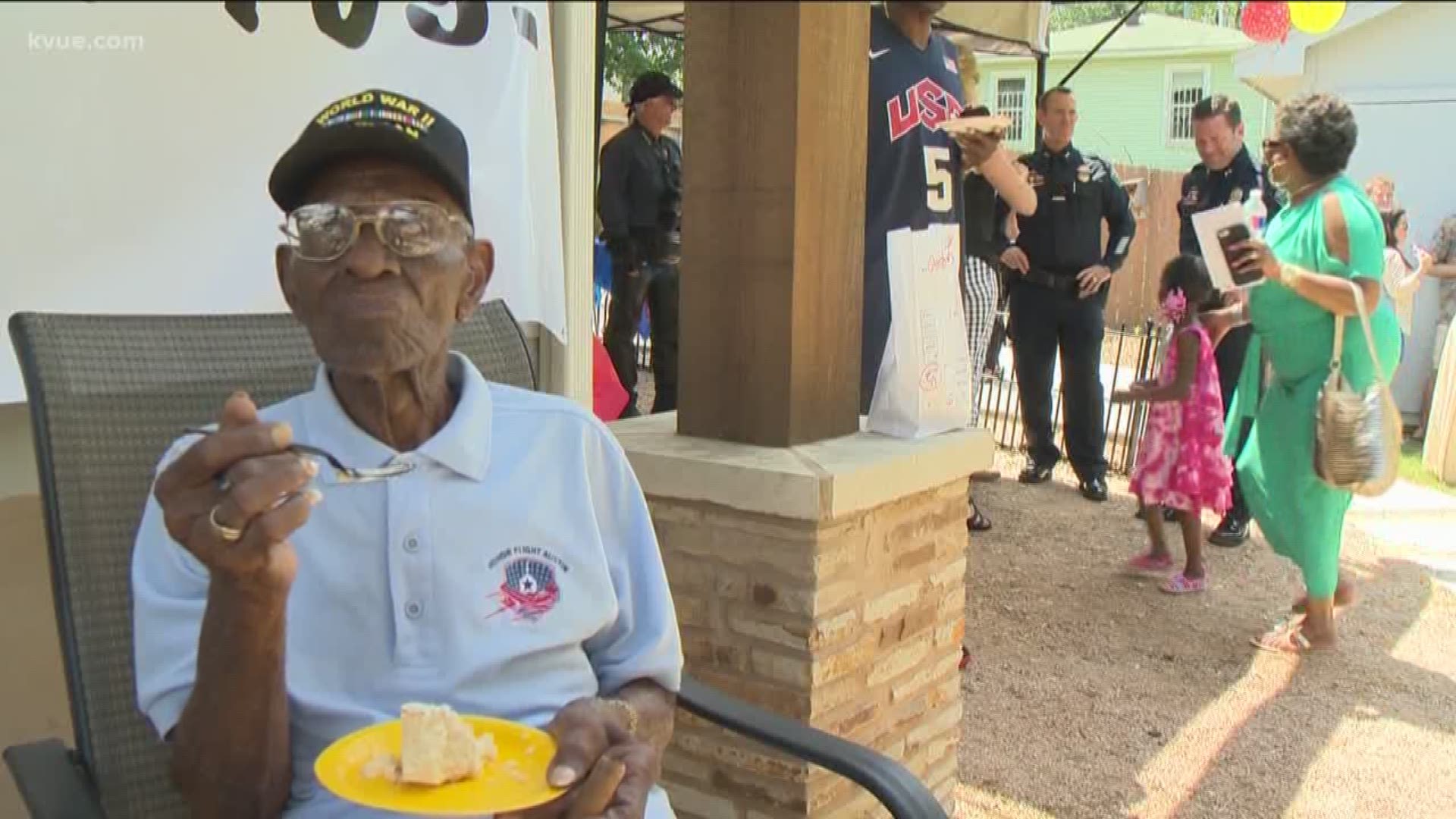 Overton was America's oldest World Word II veteran at the age of 112 years old when he died in December 2018.

This past September, the City of Austin Historic Landmark Commission voted unanimously to initiate the historic zoning process for the veteran's home located on 2011 Hamilton Ave., also known as Richard Overton Avenue.

Thursday, that recognition came to fruition with a unanimous city council vote.

The Austinite built his home in East Austin more than 70 years ago after he got out of the military. He was known for sitting outside on his porch, drinking whiskey and smoking cigars.

Remembering Richard Overton on what would've been his 113th birthday

The veteran's family said Overton wanted his home to become a museum.

KVUE toured Overton's home in 2018. It was filled with memories of his family and mementos collected over the course of his life.

DPS director gets warning for weaving, driving 90+ mph on I-17