Folks with Round Rock Preservation are trying to figure out the next steps to preserve the oldest structure in the city. 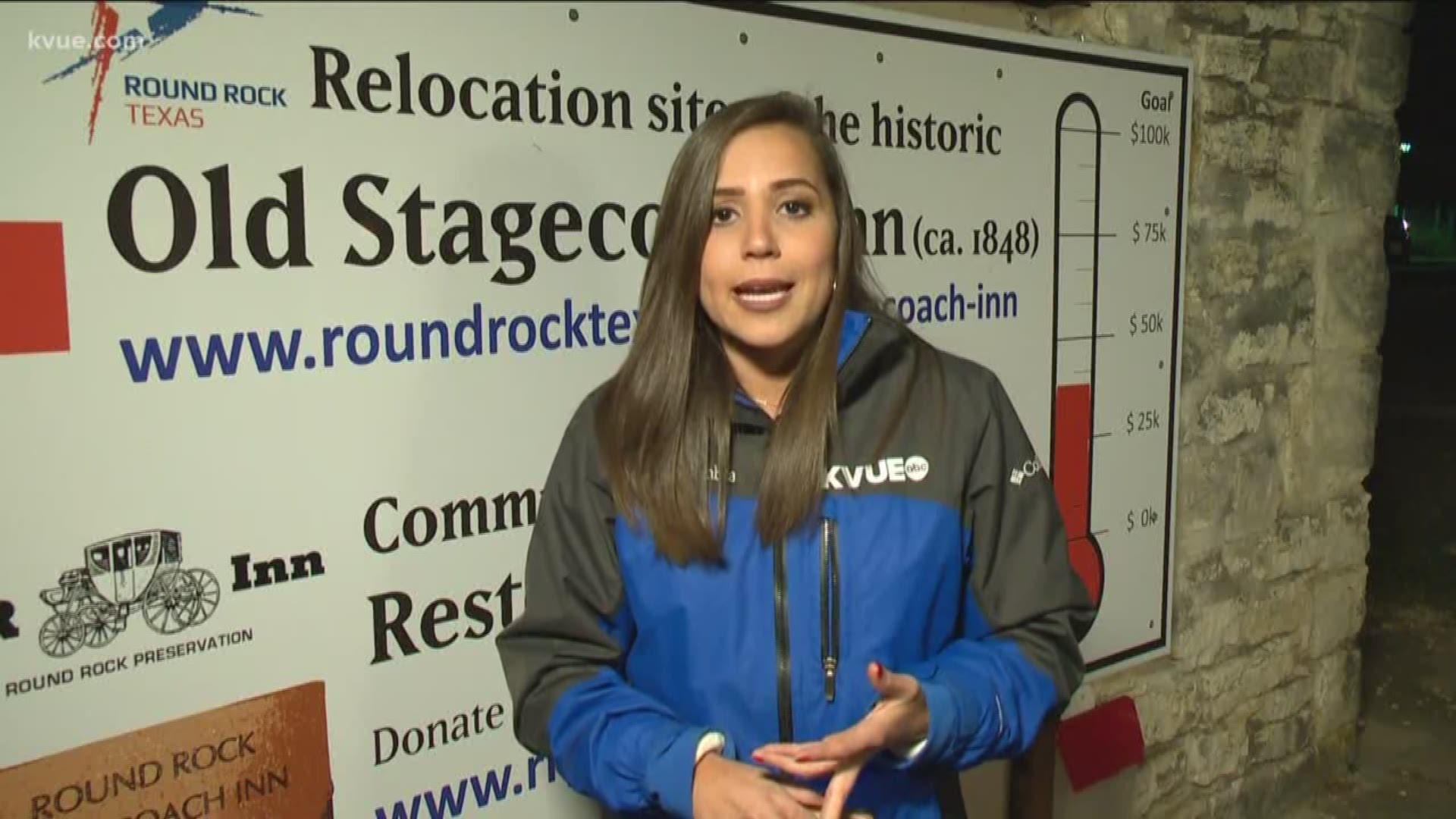 “It’s been really slow – you know, we had hoped to be there much further, so what we need is some committed and generous donors to take the Stagecoach Inn under their wing so we can open the doors to the public," said Shirley Marie Marquardt, president of Round Rock Preservation.

The 171-year-old building was relocated from 901 Round Rock Avenue to its new location on Bathing Beach Park on historic Chisholm Trail last year.

“It gives you ownership in the history of Round Rock," said Marquardt.

It's the oldest structure in the city, and folks with Round Rock Preservation expected a lot more donations by now. They're meeting with the City every other month to figure out how to get the work done.

“We’re a little disappointed that the restoration hasn’t begun, so we decided the best way to approach that is to start meeting with the City every other month. Our first step will be to develop the first step to the plan,” said Marquardt.

"It's really hard to get people motivated to make a contribution because there's so many other good projects out there, but saving the history of Round Rock is very important to our community," said Marquardt.

It's so expensive because the windows, doors and roof all need to be restored. You can find the donation page to restore the Stagecoach Inn on the Round Rock Preservation website.