People who live at Riverside Townhomes in southeast Austin say they woke up to gunshots and their vehicles destroyed. 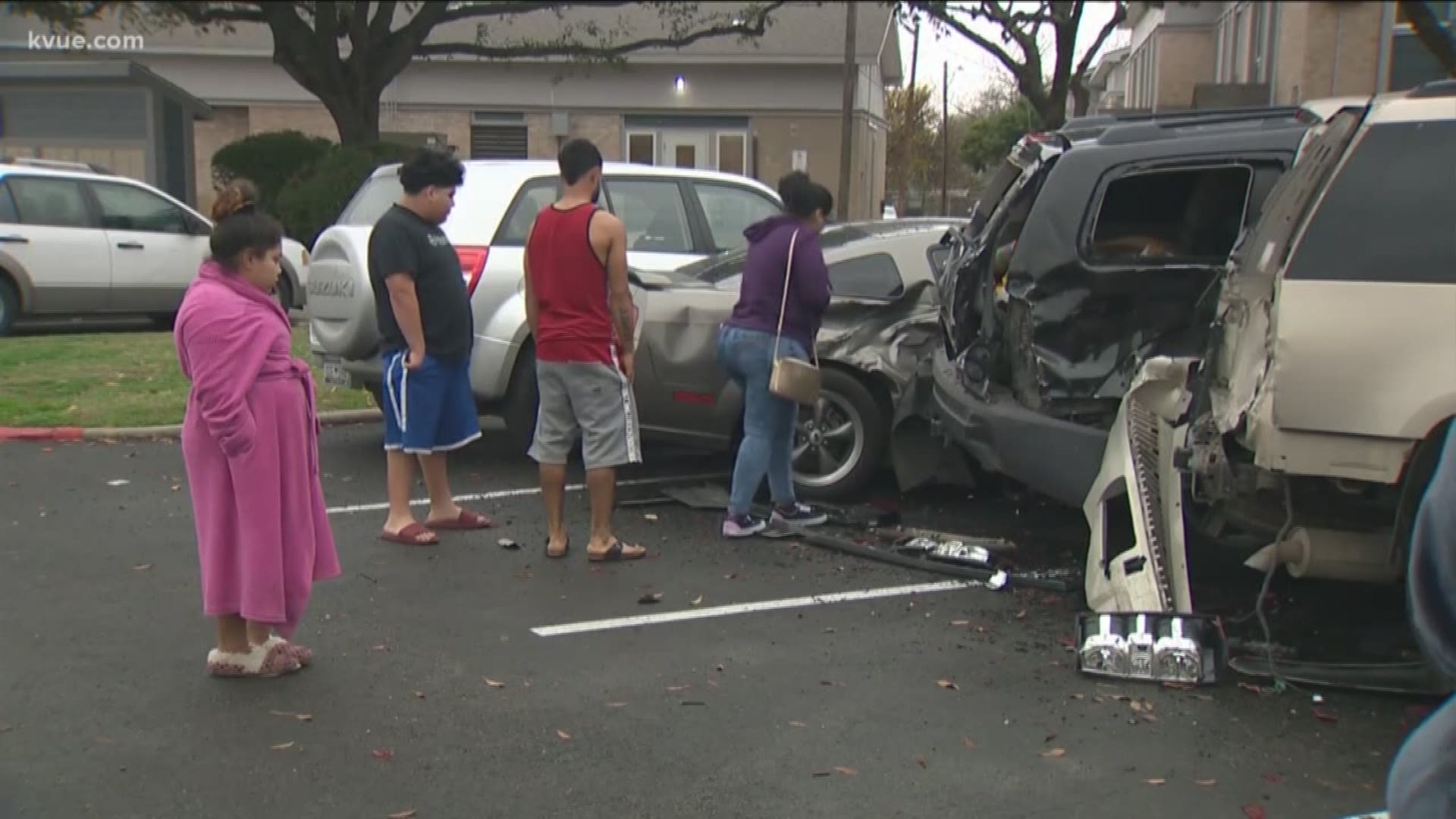 AUSTIN, Texas — On Saturday, people who live at Riverside Townhomes in southeast Austin say they woke up to gunshots and a loud boom around 3 a.m.

"I got up scared and ran outside and I could hear the gunshots going on," said tenant Jessica Loera. "There were rangers saying, 'Stay inside, stay inside.'"

Loera said once she made it outside, she found her family's vehicles smashed in, along with her neighbors' vehicles. She says the suspect who was shooting hit their vehicles, ran into a tree and then ran off.

Jacob Fabian was staying at the complex with his girlfriend when his recently purchased Tahoe was was reportedly totaled.

"I do what I have to do for my family and my kids," Fabian said. "I have five kids and a newborn, and now I have to figure out how to get to work to feed my family and pay my bills."

He added, "I just want whoever did this to come forward."

A police report has been filed.

KVUE has reached out to police, but we are still waiting to learn if they have any suspects.