Those living along the lake in Kingsland are rushing to make repairs before the water rises again. 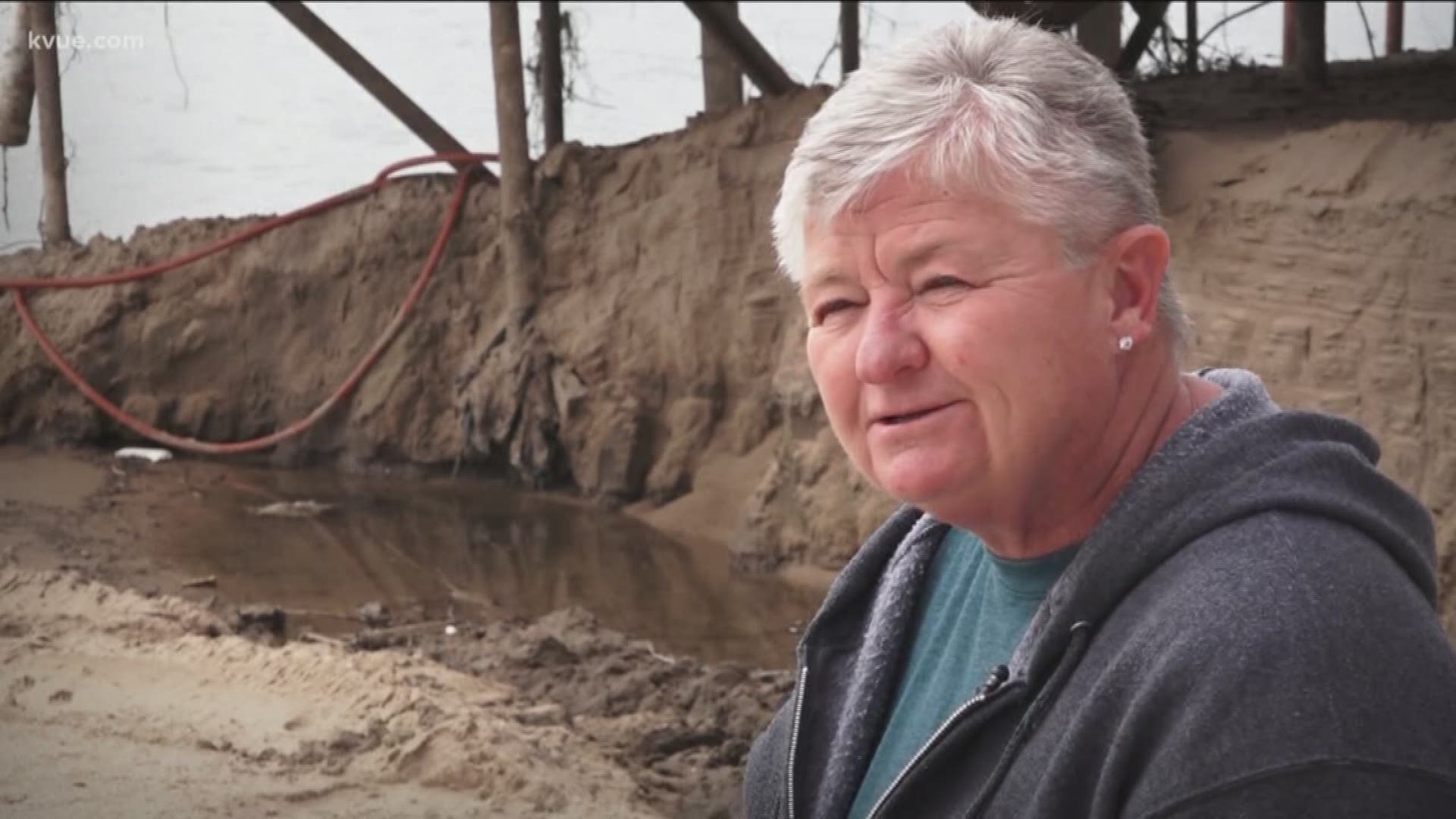 KINGSLAND, Texas — People who live along Lake LBJ in Kingsland are racing the clock in an effort to make repairs to their property before the water rises again.

"I've never seen anything of this magnitude," said Linda Stennett, one of the many people who live and make a living along Lake LBJ.

"It's overwhelming," she said. "You work, work, work, and stand back and look at it and it's like you didn't make a difference."

Stennett is the owner of The Little Lodge of the Lake. A portion of it was destroyed by flooding last October.

Even though the LCRA lowered the lake level, in less than a week they will raise the water levels again.

"You're looking at a few weeks of income versus years of it being a dangerous lake," said Stennett.

The water level rise is something Tess Henry said the people living along the lake are not prepared for.

"Spring break is coming and that's a big time for people to get in the water," said Henry, who owns a home in Granite Shoals, "It's not time for that yet, we need to get the water safer as how Lake LBJ was before."

The LCRA has been identifying and marking hazardous material left behind by the flooding.

Drone video taken by local residents captures the magnitude of the debris, which could potentially be submerged when the levels go up.

"We've got boat motors, tires and things that are not organic that need to come out of this lake for our safety and environment," said Henry.

Those living along the lake are now asking for more time to get out as much debris still left in the water to make it safer for others to enjoy.

A spokesperson with LCRA said the water is still expected to rise on Sunday, Feb. 24.