Cuddling with turkeys? That's just one of the therapy animals as the 'Safe in Austin' rescue group in Leander. 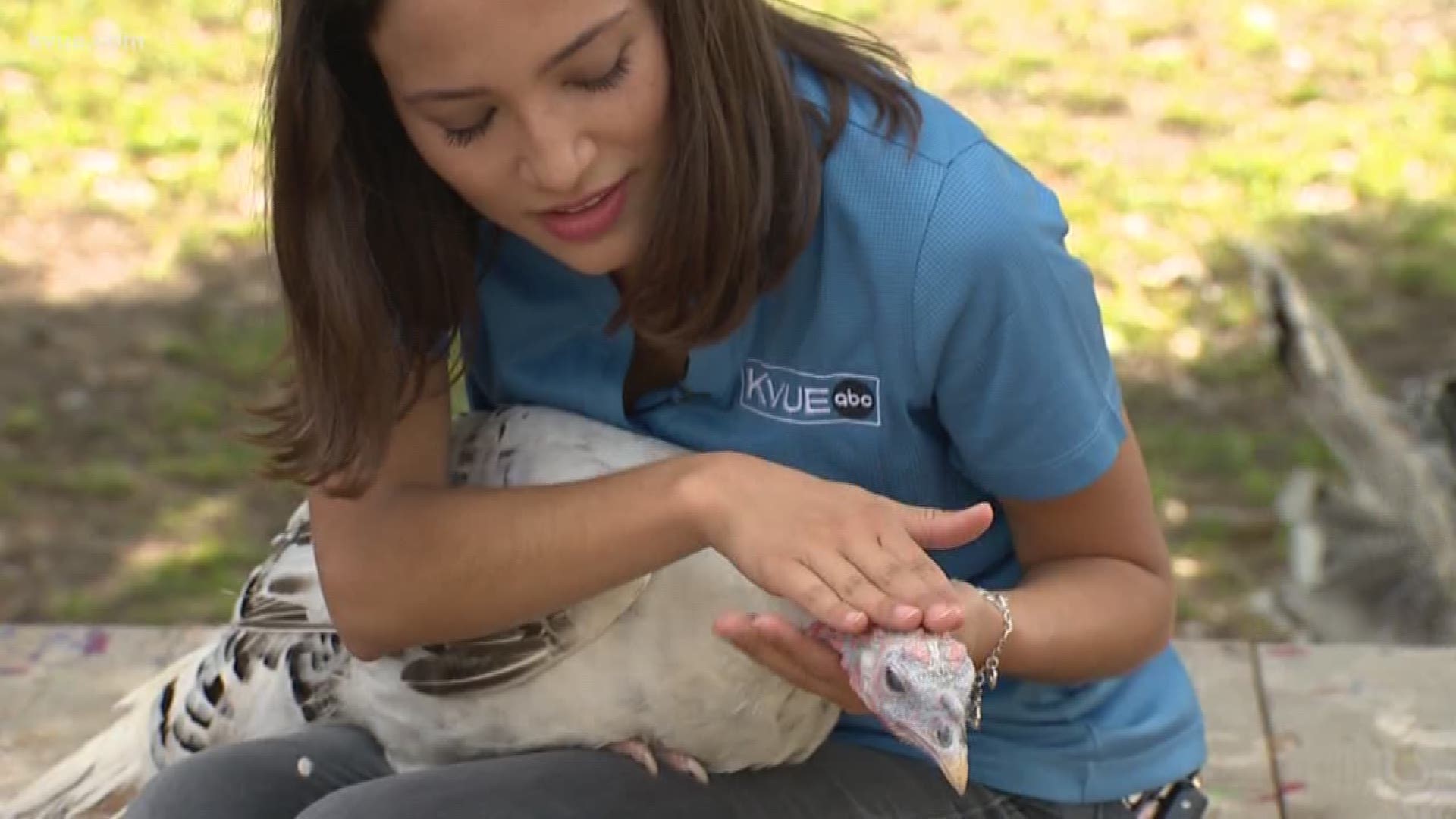 Turkey is usually on the table for Thanksgiving, but if you're looking for some comfort without the food, an animal rescue group is offering up their therapy turkeys.

At the Safe in Austin rescue group in Leander, an animal rescue group is offering their turkeys as therapy animals. People can cuddle with turkeys, dogs, cats and even goats.

Jamie Wallace recently started the nonprofit at her family ranch.

Every single animal has been rescued. Some were rescued from Hurricane Harvey floodwaters.

The only animal who has not been rescued is Angel.

She was Jackson Wallace’s service dog and helped him through his autism.

"He would have breakdowns sometimes where he would hurt himself,” Wallace said. “Scratch at his neck was kind of one thing he did. When Angel came along she was able to stop him herself, usually prevent the breakdown altogether. She would push him to the ground and lay on top of him and provide that kind of pressure that could help him calm down and catch his breath again."

Jackson said he has been able to open up to people.

"I used to be very afraid and not really like to go places,” Jackson said. “Now she's here. And she helps me."

As a family, the Wallace’s have been rescuing for many years. They have rescued and re-homed more than 100 animals.

And they only ask for donations because most of the children who need healing the most cannot afford anything else, said Jamie.

Whether it is a crooked-beaked bird or rescued ponies, there is an animal for any child.

The rescue is funded through donations.

And every child that comes paints a rock to leave their mark.

"It's cool to see them open up in a way that they normally wouldn't open up to,” Jamie said.