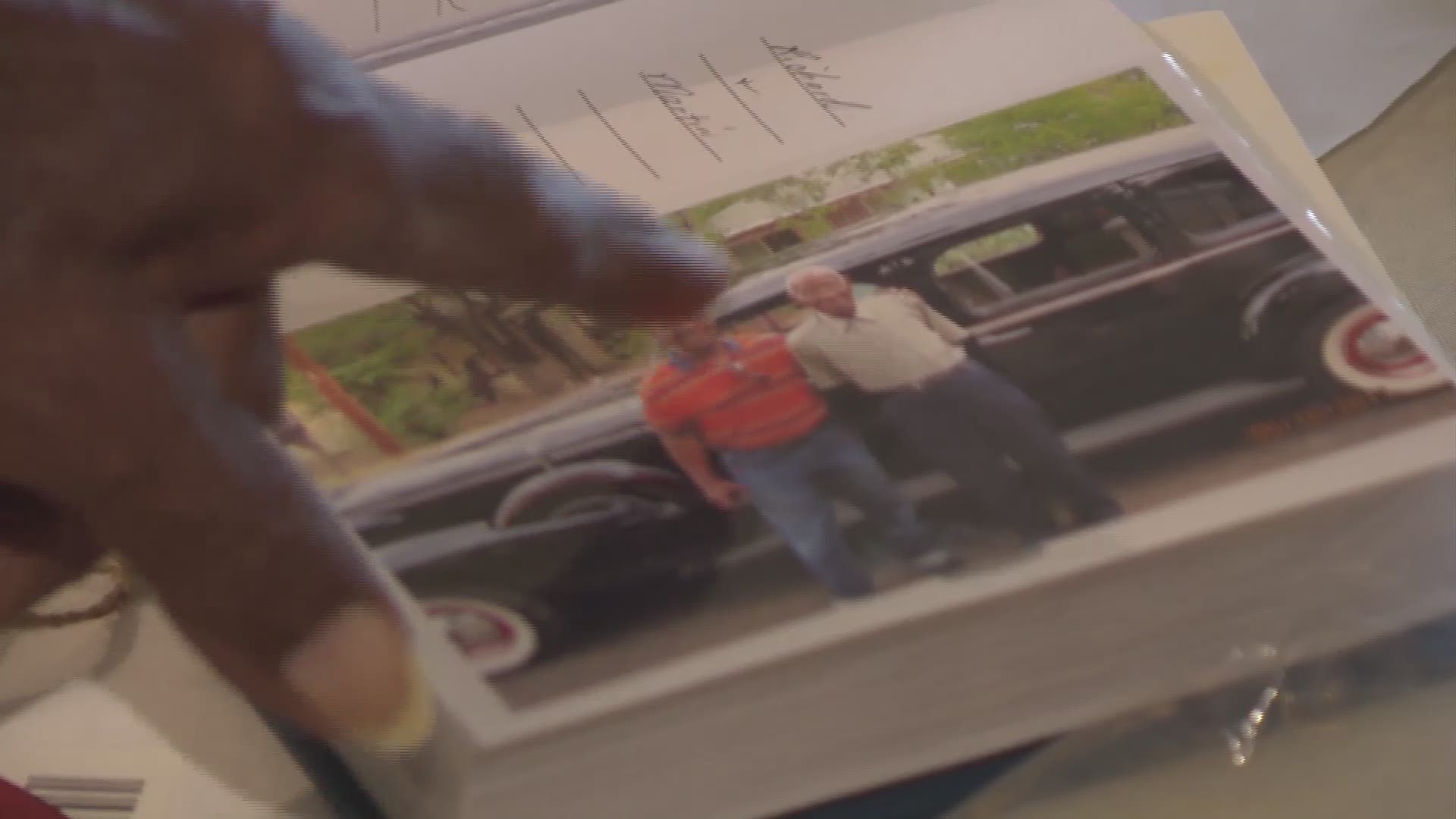 AUSTIN — On Dec. 27, 2018, the city of Austin lost one of its most beloved residents and the country lost the oldest veteran who fought in World War II. After a battle with pneumonia, Richard Overton passed away at 112 years old.

As his family and friends alongside not only Austin but the entire country, mourn the loss of a great man, we look back at a life well-lived.

A soldier is born

On May 11, 1906, Richard Arvin Overton was born in Bastrop County, Texas. Back then the average life expectancy was only 47 years. That was one of many barriers Overton shattered.

In 1940, Overton joined the Army as a member of the 188th Engineer Aviation Battalion.

Overton was part of a segregated unit that “island hopped” throughout the South Pacific. Between 1940 and 1945, he traveled to Guam, Palau and Iwo Jima.

“You heard in Iwo Jima the water turned to blood? Well, it did,” he recalled. “When you talking about some of the stuff we had to go through, I never want to go through that again.”

He left the Army in October 1945 as a technician fifth grade and returned to Austin.

Overton worked at local furniture stores and then as a courier for the Texas Department of the Treasury at the Texas State Capitol where he served four Texas governors before he retired.

“He knew many dignitaries,” Overton’s cousin, Volma Overton Jr. told ABC News. “He worked for the treasurer of the state at one time and would drive a golf cart to the bank to deposit millions of dollars in checks.”

In 1945, Overton built the house on Hamilton Avenue in East Austin that he would call home for the rest of his life.

His time was filled with friends and family, afternoons spent sitting on his front porch, but he also liked to stay busy.

“That’s the only thing that will keep you living. You got to keep moving. You don’t sit down and watch TV all the time. You have to keep moving," Overton said.

In 2013, the nation took notice of Overton. A whirlwind of publicity over the oldest living World War II veteran brought lawmakers to his front porch and sent him out into the world to meet celebrities and his brothers and sisters in arms.

At the ceremony, Obama led a standing ovation for the proud veteran. Overton later said it was one of the proudest moments of his life.

In November of 2015, Overton battled pneumonia and recovered. But by 2016, the soldier had grown frail and was in danger of losing his beloved home of more than 70 years to stay in a nursing home.

A GoFundMe campaign raised close to $200,000 to help pay for in-home care for the proud veteran.

In May 2018, Overturn turned 112-years-old and the city and the nation celebrated alongside his family and friends.

He had no plans of slowing down.

“I’m proud to get that,” Overton said.

Overton said his secrets to good health and longevity were smoking a cigar every day, having an occasional whiskey and surrounding himself with good friends.

In December 2018, Overton was taken to the hospital and diagnosed with another bout of pneumonia. He has battled pneumonia twice in recent years.

He was released from the hospital into rehabilitation on Dec. 24, but passed away three days later.

A warrior who has earned his rest

Richard Arvin Overton watched the world change during his 112 years on this Earth. He survived a war in which more than 80 million people lost their lives. He lived through segregation and saw 21 presidents in the White House during his lifetime.

Overton led a life well-lived, filled with love, laughter, bravery and courage. He loved his family, his country and hoped that we could all learn to love each other.

He was a beloved member of not only the Austin community, but the nation.