Over the past ten years, home prices have risen higher in Austin than anywhere else in the country. The only city that comes close to Austin's booming real estate prices is Denver. 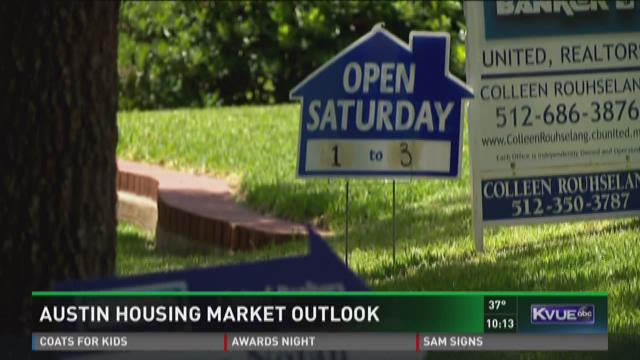 Over the past ten years, home prices have risen higher in Austin than anywhere else in the country. The only city that comes close to Austin’s booming real estate prices is Denver.

From 2006 to 2016, Austin home values increased an average 65.5 percent, according to a study of federal housing data by the American City Business Journal.

Denver, coming in at second, saw housing prices increase at 45.5 percent over the past ten years.

So how are Austin home sales doing in 2016 compared to years past?

According to the Austin Board of Realtors, single-family home sales jumped within the city of Austin beginning in October.

It’s a trend Austin realtor Carl Shurr has seen first-hand, especially after the election and with rising interest rates.

Shurr tells KVUE that after months of seeing home sales slow down compared to years past, it’s suddenly increased over the past six weeks. He expects that trend to continue into 2017.

Shurr, a realtor with Seed Property Group has been selling Austin-area real estate for over a decade.

Compared to 2013-2015, he says the housing market in 2016 finally started to “normalize,” meaning houses spent longer on the market and there were less multiple-offer sales on single-family homes.

However, Shurr says homes under $500,000 in the Austin area are selling just as quickly as ever.

Construction on new homes in the Austin area is at the highest rate since 2006.

Good news for buyers though. Housing analyst Vaike O'Grady with Metrostudy thinks prices will continue to normalize in 2017 as job growth slows in Austin.

"I expect that the price increases we've seen at such rapid acceleration the past few years are going to slow down a bit,” said O’Grady.

O’Grady also said while more homes are being built, many of the new homes are priced more affordably. She agrees that home prices are normalizing across the Austin area.

The median home price in Austin proper went up close to seven percent year over year in October to $332,250.

In the bigger Austin-Round Rock metro area, the latest data from the Austin Board of Realtors shows the latest median home price was $279,000.

Here’s a look at what $330,000 can get you in different areas around Central Texas: