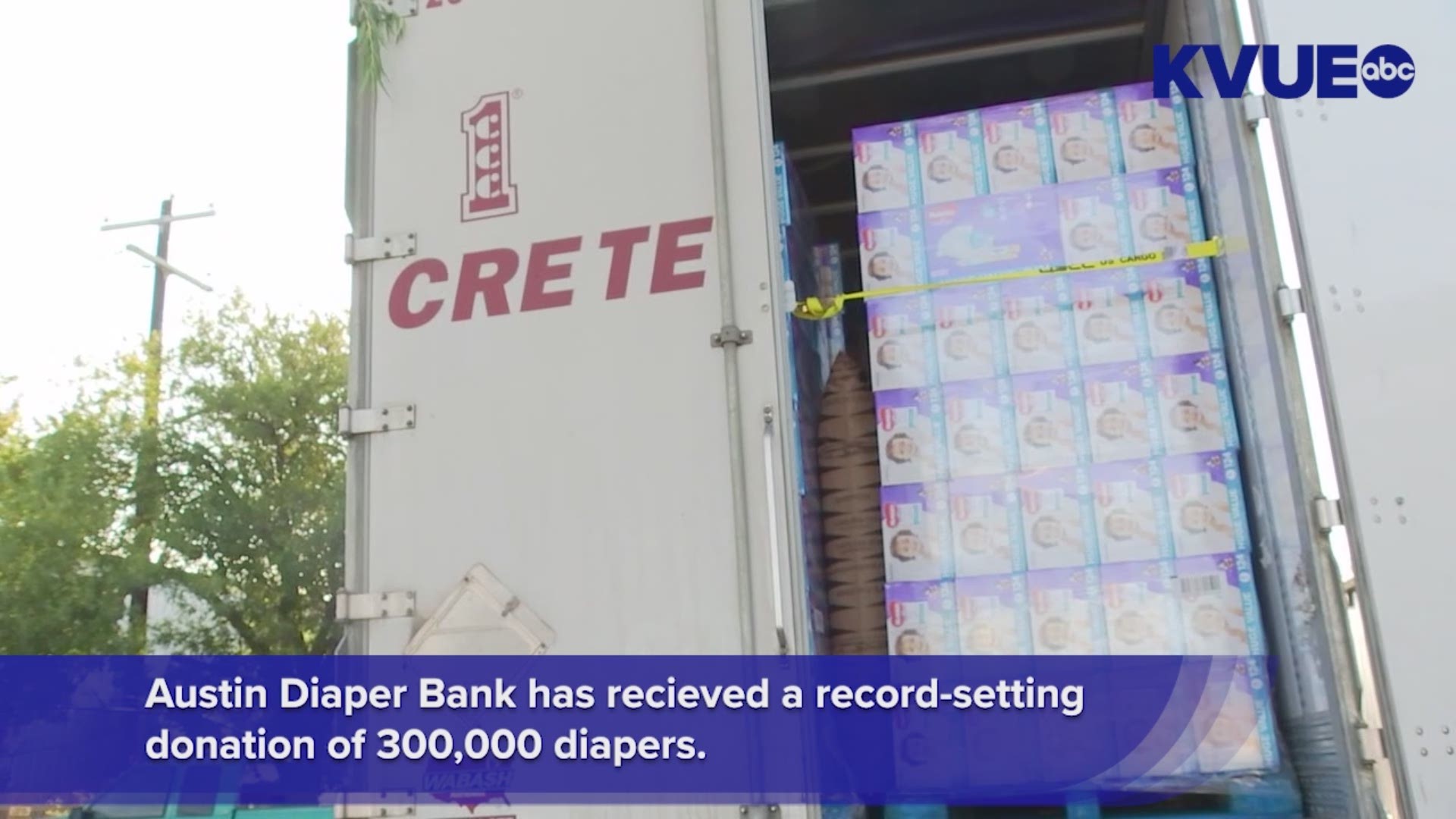 AUSTIN, Texas — Huggies and Costco teamed up and made a record-setting donation of 300,000 diapers to the Austin Diaper Bank.

The two companies made the donation as a part of their support of the National Diaper Bank Network, which Austin Diaper Bank is a member of.

Executive Director of Austin Diaper Bank Holly McDaniel said that in Central Texas alone, one in three families does not have access to enough diapers for their children.

"We are so grateful to Huggies, Costco and the National Diaper Bank Network for this amazing donation," said McDaniel. "It will help us fulfill our mission to help the growing number of families who need diapers in six Central Texas counties."

Austin community rallying behind teacher who lost everything in a fire

How to help those in the Bahamas impacted by Hurricane Dorian

The donation came just before National Diaper Need Awareness Week, from Sept. 23 to 29, which aims to draw attention to the support efforts to ensure all babies have access to clean diapers.

The Austin Diaper Bank has a lofty goal for 2019. They aim to distribute one million diapers throughout the year. In 2018, the bank distributed 920,000 diapers to more than 10,000 families.

McDaniel said that despite the huge donation, community support will still be necessary to reach the goal and to support families in need.

"We encourage individuals and companies to join us on our mission by donating diapers or wipes, making a financial contribution, hosting a diaper drive or volunteering," said McDaniel.

Donations can be made to the bank online.