A vet recommends getting a vaccine twice a year for dogs in Central Texas because there are so many rattlesnakes. 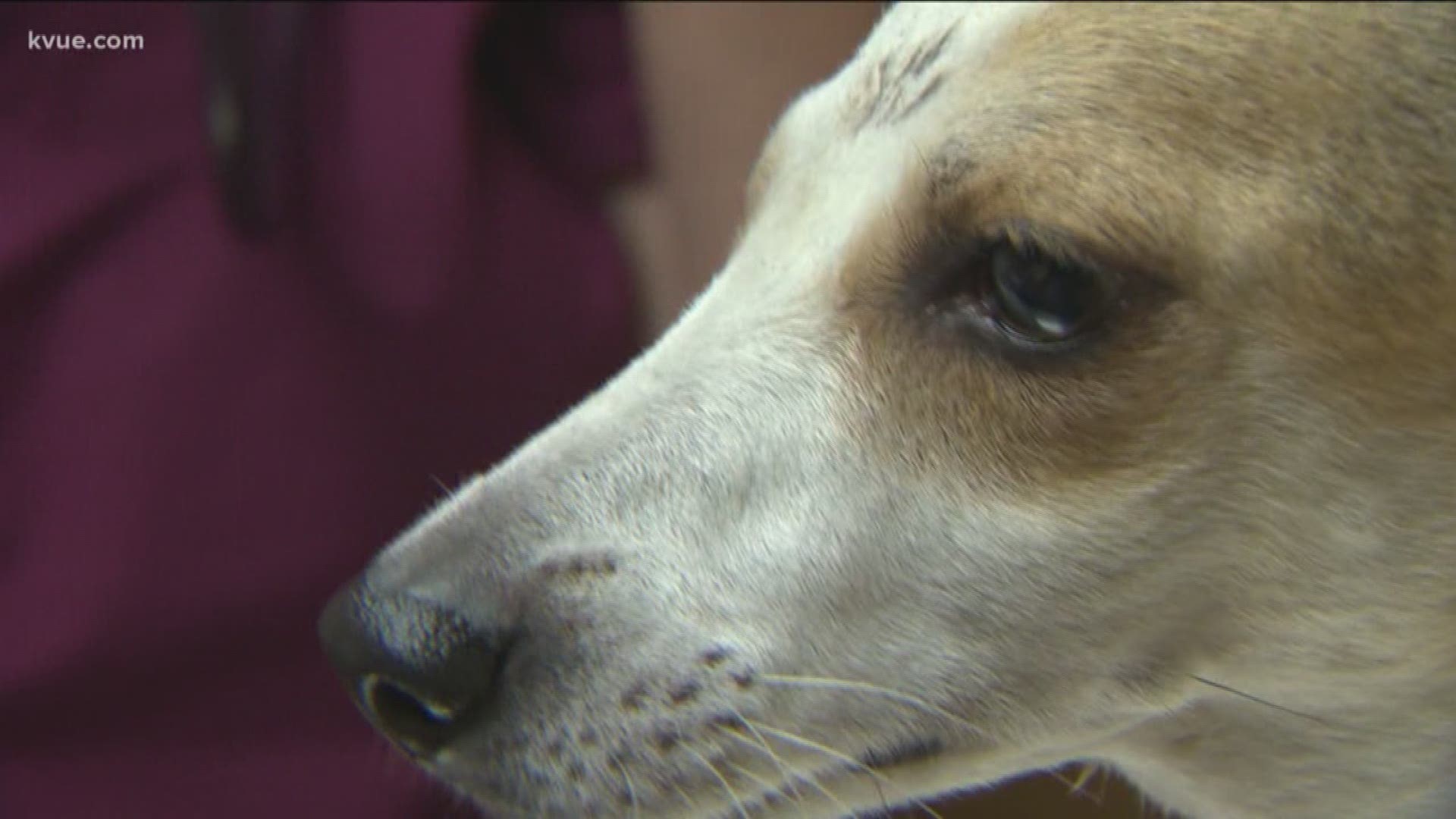 A dog owner in Florence is grateful her rat terrier is recovering after her veterinarian said the dog was bitten in the eye by a rattlesnake.

It happened on July 30 on Tammi Burns' farm. It was a traumatic day for the dog lover.

KVUE met Burns and her 5-year-old dog, Blossom, at the Georgetown Veterinary Hospital on Tuesday.

"She's looking great compared to where she was before," Dr. Johnson said about the dog.

Blossom has come a long way since Dr. Johnson first examined her.

"She came back with blood above her eye and I thought she had run into something," said Burns.

Burns rushed her dog to the vet. On the way, Blossom swelled up.

"I was thinking of her air, her air passage, whether it would be closed off because the swelling was so enormous. For such a small dog it was frightening," said Burns.

Dr. Johnson diagnosed it immediately as a rattlesnake bite. She has seen enough of them.

"Rattlesnake bites can be very, very dramatic," she said.

"It can, absolutely it can ... Oftentimes dogs who have been vaccinated with the rattlesnake vaccine will spend less time in the hospital, sometimes won't need anti-venom, which is a costly procedure," said Dr. Johnson.

Dr. Johnson recommends dogs in Central Texas get the vaccine twice a year because of all the rattlesnakes in our area. Burns said she even killed one a week before Blossom was bitten.

RELATED: Dog who saved Austin foster mom from rattlesnake now up for adoption

As Blossom waits for surgery to remove her right eye, Burns is taking extra special care of her.

She calls Blossom her hero. After all, this is the dog that usually alerts her when rattlesnakes are nearby.

Dr. Johnson said while getting a rattlesnake vaccine will lessen the severity of symptoms and buy some time, seeking immediate vet care is crucial after a venomous snake bite.

A rattlesnake vaccine costs about $25.

Symptoms of a rattlesnake bite include significant swelling at the site of the puncture wounds, drainage from that area, drooling and pain. Often times the swelling does move from the initial site.

If you would like to help with Blossom's eye removal surgery, visit the dog's GoFundMe page.

Man's truck gets stolen while he was robbing store across the street, police say