Quintuplets are a rare sight to see, but a perfectly healthy all-girl set are even rarer. 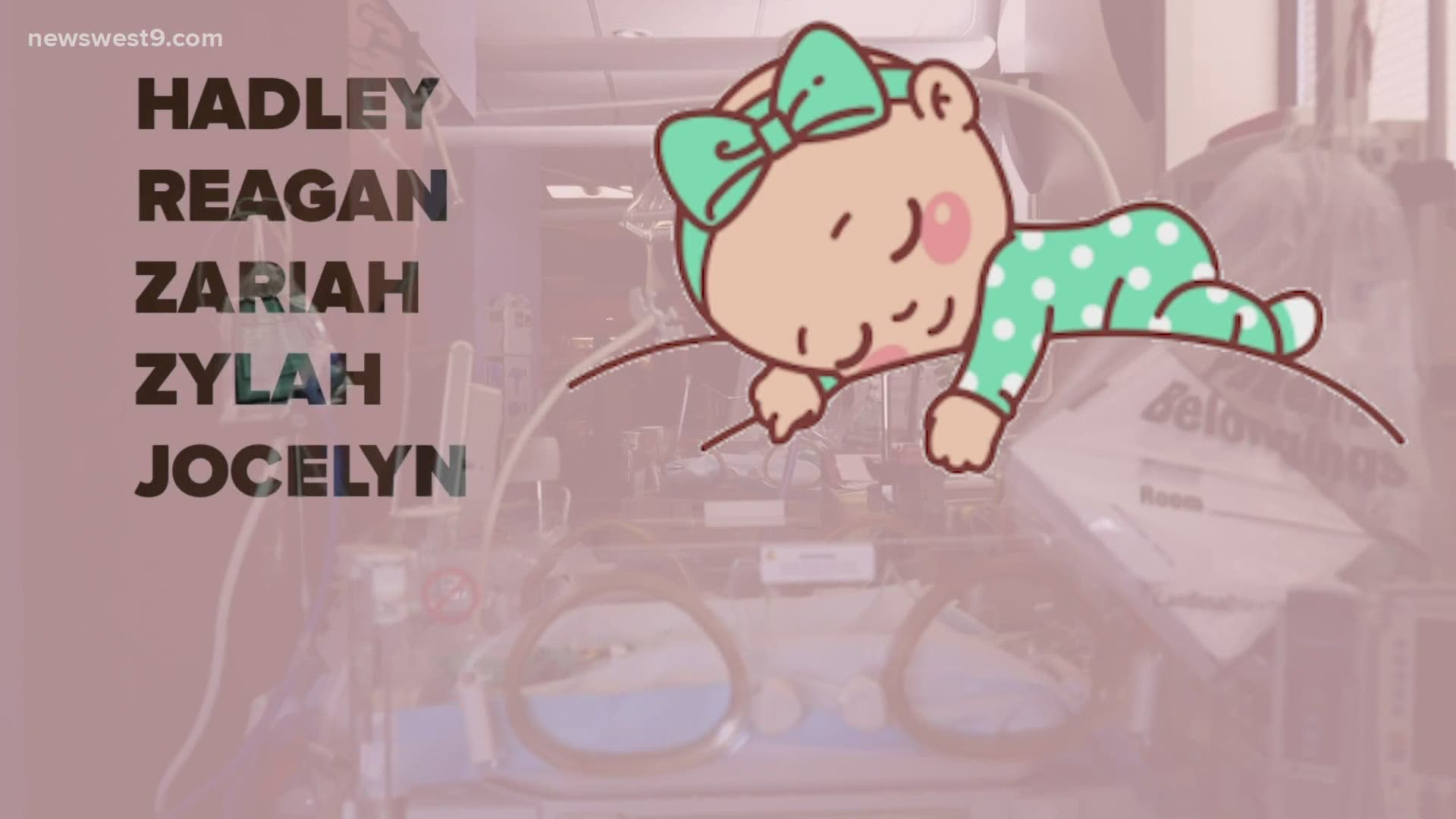 ODESSA, Texas — It's a rare sight to see- a set of quintuplets was born on August 13 at Odessa Regional Medical Center.

What makes this birth even rarer, however, is that all five of the babies are girls.

The five healthy babies were born to Heather and Priscilla Rodriguez and delivered via C-section by Dr. Leela Pill.

“I knew I wanted kids – but I don’t think I ever imagined six,” said Rodriguez. “It’s going to be a lot of bows, a lot of pink and a lot of princesses.”

Hadley, Reagan, Zariah, Zylah and Jocelyn are doing well in ORMC’s neonatal intensive care unit where they will remain until they are ready for discharge.

The odds of conceiving quintuplets naturally are one in 60 million. With reproductive technology that chance goes up to six in 10,000.

The National Center for Health Statistics reports the number of quintuplets and other higher order births (classified as four or more) in 2013 was 66.

Only 10 reported sets of five or more babies were reported in 2018.

Same-sex quintuplets are so rare that statistics haven't been kept.

America's first set of all-girl quintuplets was also born in Texas. Danielle and Adam Busby welcomed five girls back in April 2015 in Houston.

Heather and her partner Priscilla underwent a procedure known as intrauterine insemination (IUI). The parents started the process in early February with the understanding that IUI could take multiple attempts to conceive.

A rare set of all healthy girl quintuplets were born this morning in Odessa! The odds of conceiving quintuplets naturally are 1 in 60 million; with reproductive technology the chance is 6 in 10,000. pic.twitter.com/e0AA8k4SKz

After finding out the procedure was a success, they initially prepared for four babies, only to find out a few weeks later there was a fifth baby.

“Giving birth to a set of five babies is very rare,” said Pill. “It is my honor and privilege as well as an immense responsibility on my shoulders to oversee such a very high-risk pregnancy.”

Pill said the average gestational period for quintuplets is about 29 weeks, but in many reported cases, can extend up to 34 weeks.

“We always hope to make it to 30 weeks, but with multiple birth cases you never know,” said Rebecca Hernandez, Director of Maternal Services at Odessa Regional Medical Center. “That’s why we had a host of physicians, clinical team members, and nurses on call ready to jump into action at moment’s notice.”

Laren Sullivan, Director of NICU and Children services at ORMC, said there were three clinical staff members assigned to each baby. Under the direction of Neonatologists, each baby had a team that included a Neonatal Nurse Practitioner, a NICU RN, and a NICU respiratory therapist.

“Our entire ORMC family wishes the very best for the Rodriguez family and look forward to watching their children grow,” said Stacey Brown, President of ORMC.