Ralliers held signs that read "Reopen Texas" and "vaccines cause seizures" Friday in front of the state capitol. 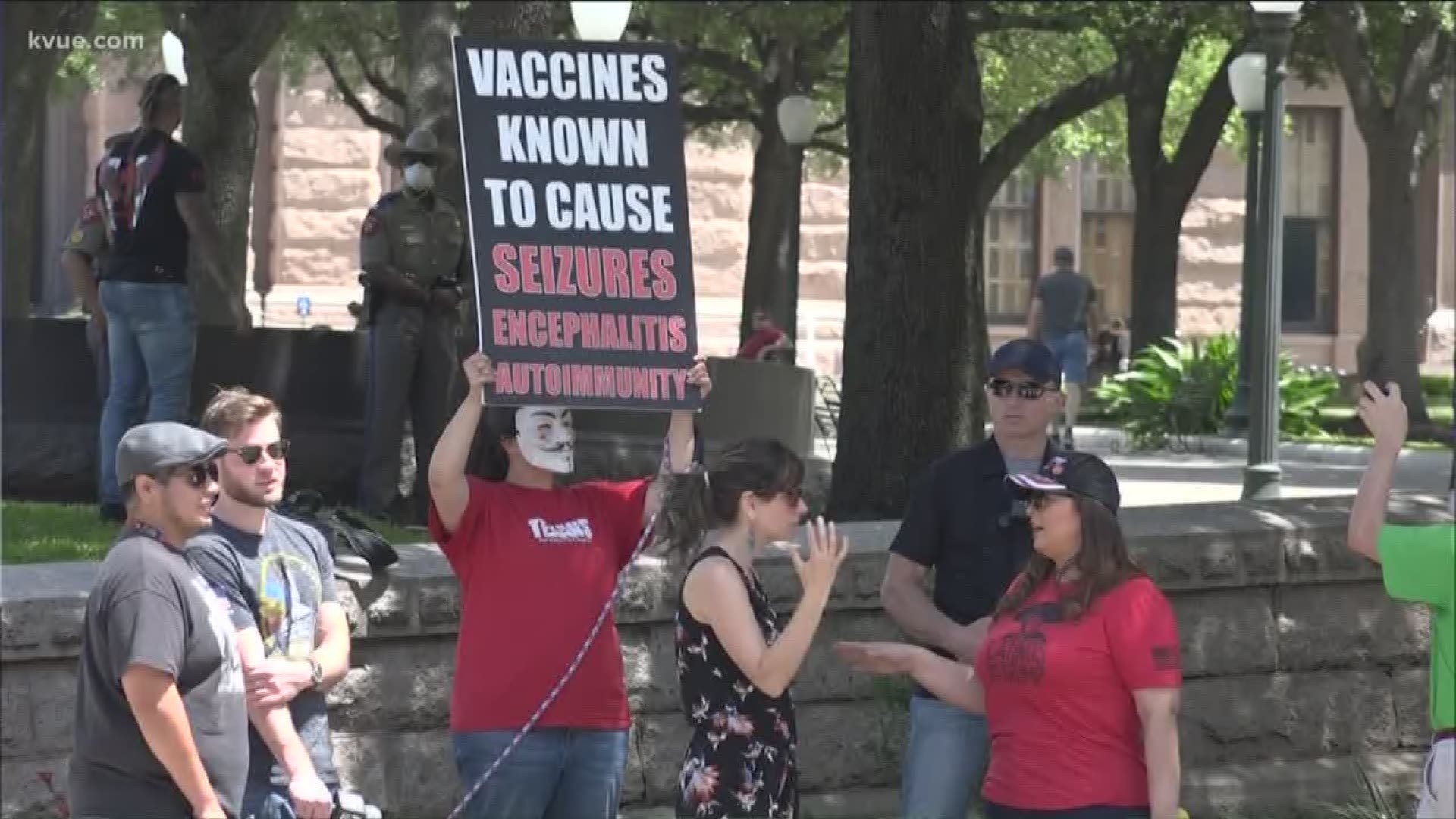 A couple of dozen ralliers gathered in front of the state capitol holding signs that read "Reopen Texas."

The rally "Rolling Rally For Freedom" was put on by the Women For America First political organization.

According to the invite on their Facebook page, they believe "America is in severe distress. The destruction of our economy and millions of jobs must stop. We must act now to save our nation."

Rallier Owen Shroyer said he is not against people wanting to stay safe but he does want the choice to pick where he can go.

“It's more of just a rally today for me to just stand in solidarity with other Texans that just want to reopen the economy and get back to work," said Shroyer. "Who don't want to live in fear, don't want to give over our freedoms because other people are living in fear.”

Protesters said they have more protest plans and will do so until he state is fully reopened.

Choosing not to return to work? Here's who can still receive unemployment benefits in Texas