Kasie Ifesinachukwu is just one of many posting on a new Instagram page called "Racism at Westlake." 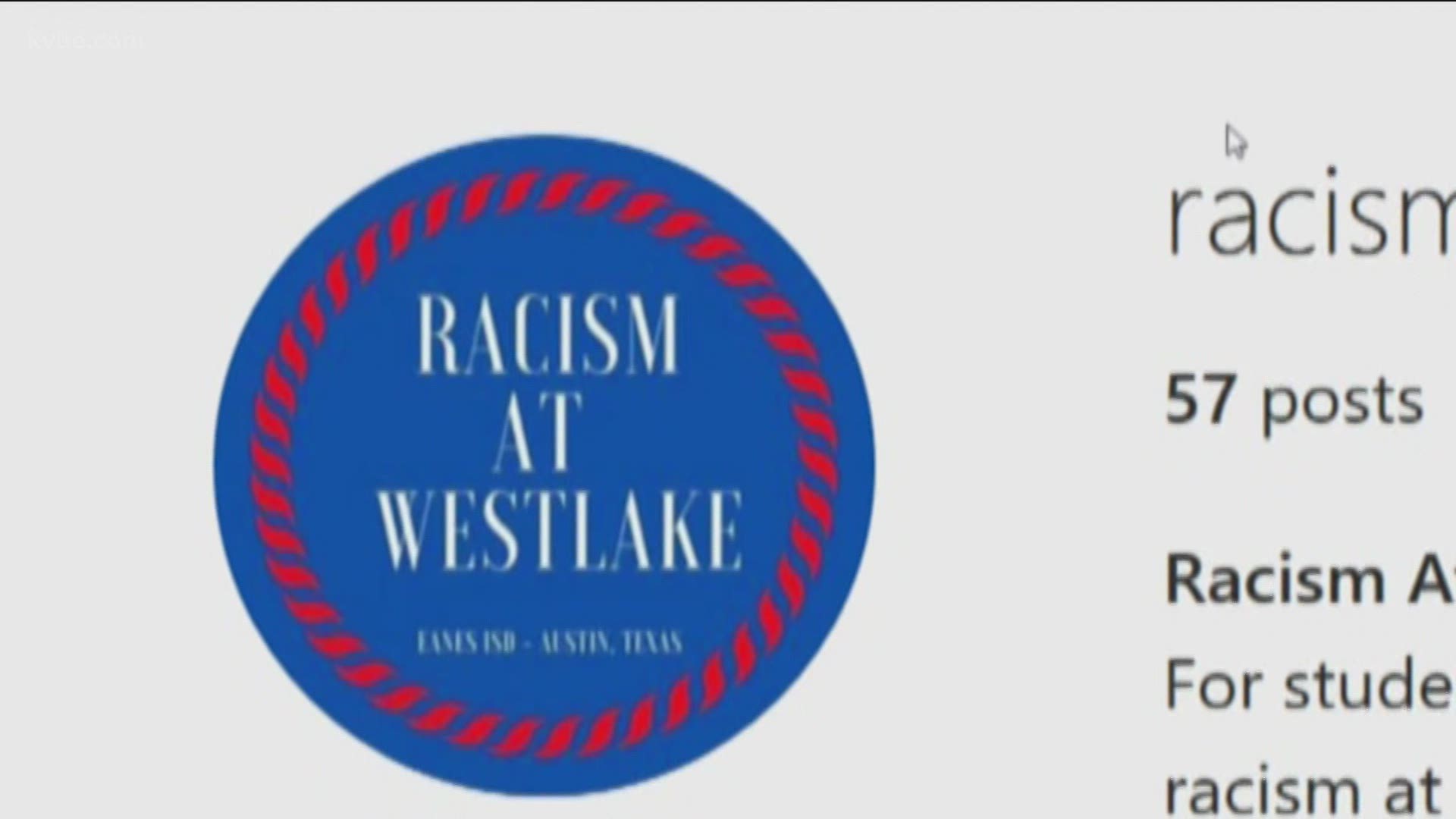 AUSTIN, Texas — Kasie Ifesinachukwu got emotional when describing some of the racist situations she was involved in at Westlake High School, even though she graduated 10 years ago.

"I had never been routinely called the N-word up until I went to high school. I went to different schools before. Most people understood that that word was something you didn't use, right? And so when it was so regularly used [at Westlake] my reaction was like, please stop," Ifesinachukwu said.

Attending Westlake High School was not a good experience for her.

"I know that Pedernales is where a lot of blackface incidents happen," she said, describing an annual school-sponsored summer event.

So when the 2010 graduate came across the "Racism at Westlake" Instagram page and read stories like hers, all the memories and pain came back.

The title reads, "For students, alumni, and families to share their experiences of racism at Eanes-Westlake.

All stories are anonymous. Ifesinachukwu allowed us to use hers.

"It's just a very traumatizing place to have gone to school," she said.

The 27-year-old remains in therapy because of her experiences, like the following.

"Pedernales is where a lot of blackface incidents happen ... So it's actually very prevalent to happen at Westlake parties or, like, Westlake-sponsored events where it just, you know, like our people darken their skin a little bit ... So a lot of people would dress up comically as Barack Obama making fun of him and, like, all sorts of stuff ... Just thinking these people thinking of me like, being a Black person as a caricature and doing it in front of Black people was deeply disturbing," Ifesinachukwu said.

Suh said while Westlake is great at a lot of things – she is currently enrolled in Harvard's JD/MBA program – talking about race is not one of them. That's why she is one of the founding members of Chaps for an Anti Racist Eanes or C.A.R.E.

Suh and two other Westlake graduates – her sister, Michelle Suh, class of 2010,  and a third member, Megan Planchard, class of 2009  – are asking the Eanes Independent School District for several changes to help educate students to be anti-racist.

They've written a letter that has garnered hundreds of signatures. The items they want are listed in that letter. Eanes School Board Trustees voted on one of the items Tuesday night.

"We want the district to hire an outside consultant to come in and do a district-wide equity audit beginning this school year," said Suh.

If the consultant position were approved, Danielle and Kasie said it would prove to be a small step in a very long journey on the west side of MoPac.

On Tuesday night, the Eanes ISD board voted to hire Dr. Mark Gooden as a Diversity, Equity and Inclusion (DEI) consultant for the 2020-21 school year. According to the district, Dr. Gooden will "lead the process to enhance community, staff and student racial awareness and to cultivate an environment of understanding unique similarities and differences" and will help "address social justice and racism in Eanes ISD."

The #EanesBoard approves Dr. Mark Gooden as a Diversity, Equity and Inclusion (DEI) consultant for the 2020-21 school year. He will work to address social justice and racism in EISD and enhance community, staff and student racial awareness. Read more: https://t.co/5EvQXaTK2i pic.twitter.com/tz81M3FGr2

"This is a great opportunity for Eanes ISD to listen, learn and be a leader in social justice and racial awareness,” said Dr. Tom Leonard, Eanes ISD's superintendent. “Our community of students (current and former), staff and parents have expressed concern in this domain. We want to do better. We must do better. We are ready and willing to look inside ourselves and learn. Our students are amazing and want to change the world; we need to be ready to guide them."