'I didn't think I'd ever have to pull it,' Williams told KVUE. The armed good Samaritan who stopped a sexual assault on a Hike-and-Bike Trail in Austin is speaking out for the first time. Here's his full account of what happened. 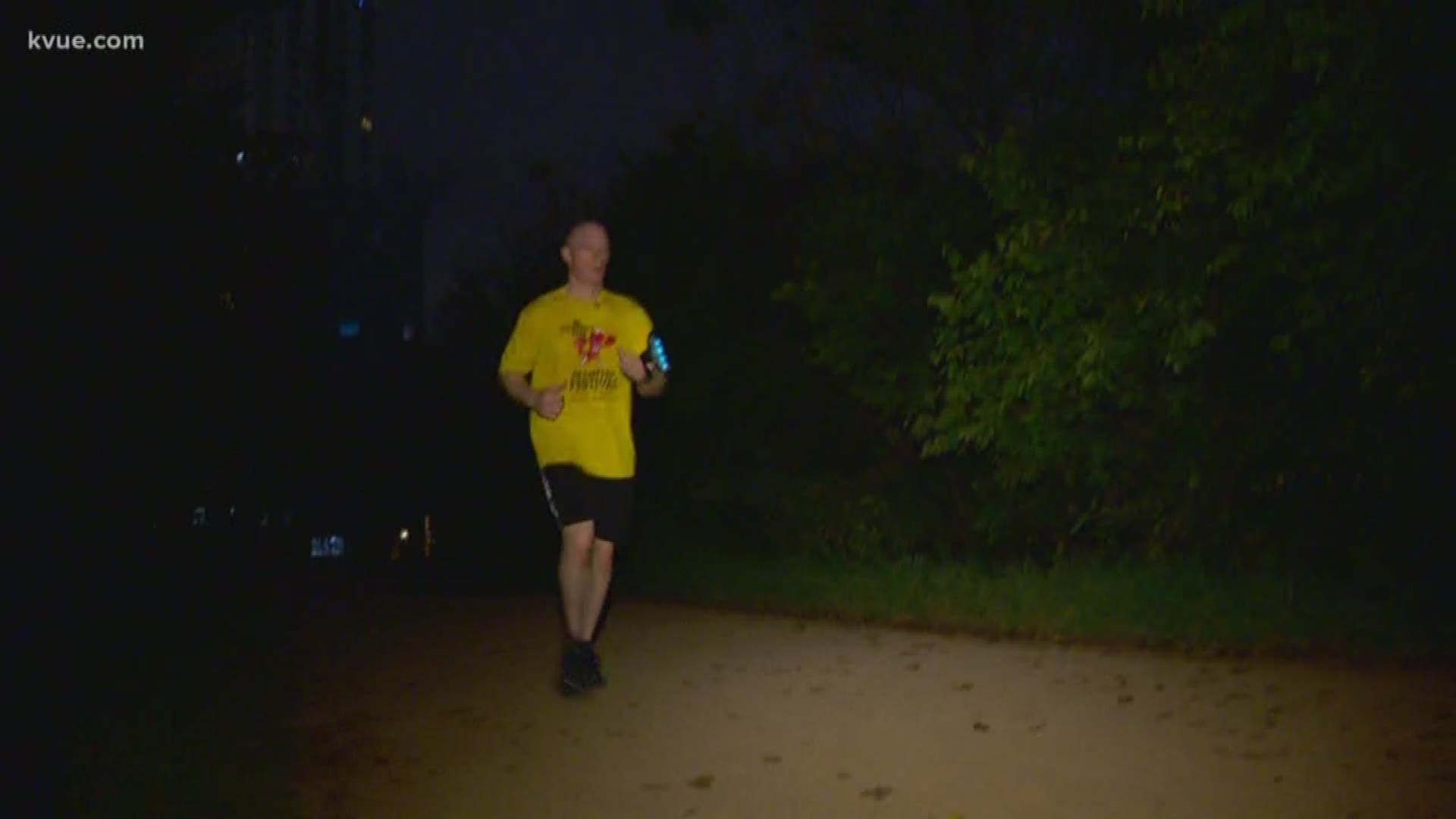 For years, Josh Williams has run at least once a week along Austin's busy Hike-and-Bike Trail.

He always carries his cell phone for emergencies, and a flashlight to help him see in darkened areas.

He also carries a gun.

"It's dark, and I don't know what's out there, so I have it to protect myself and other people," Williams, 39, told Tony Plohetski in a recent KVUE News/Austin American-Statesman joint-exclusive interview. "That's what it's all about anyway, to help other people with it, not just myself."

On the morning of Sept. 15, at around 5:30 a.m., Williams was running on the north side of the trail. He heard screams from a woman, pointed his flashlight in the direction of them and said he realized that she was being sexually assaulted.

The crime was one of three similar incidents in a several week period that put runners' on edge along the busy path.

"I came up, pulled my gun and told him to get off of her," he said. "Get on your knees and show me your hands."

The man, who police later identified as 22-year-old Richard McEachern, ran away from the area. But based off of Williams' description and the description from the woman he attacked, police found and arrested him several days later.

Richard McEachern is accused of forcing a female runner to the ground Sept. 15 and sexually assaulting her.

He has been charged with sexual assault and remains in the Travis County Jail.

Police have not arrested a suspect in the other two assaults but do not think they are related.

At the scene of the crime, Williams demonstrated to KVUE a Velcro belt that allows him to wear his gun on his right hip. He also showed how he stopped the attack.

Williams shows the belt he wears during his runs so he can carry his gun.

He has been licensed to carry the weapon, a Glock 43, for about 10 years.

He said on the morning of the woman's assault, he's glad he had it -- and that he was there to help.

Here are some self-defense tips for the next time you go on a run:

Williams has remained in touch with the victim since the incident two months ago. 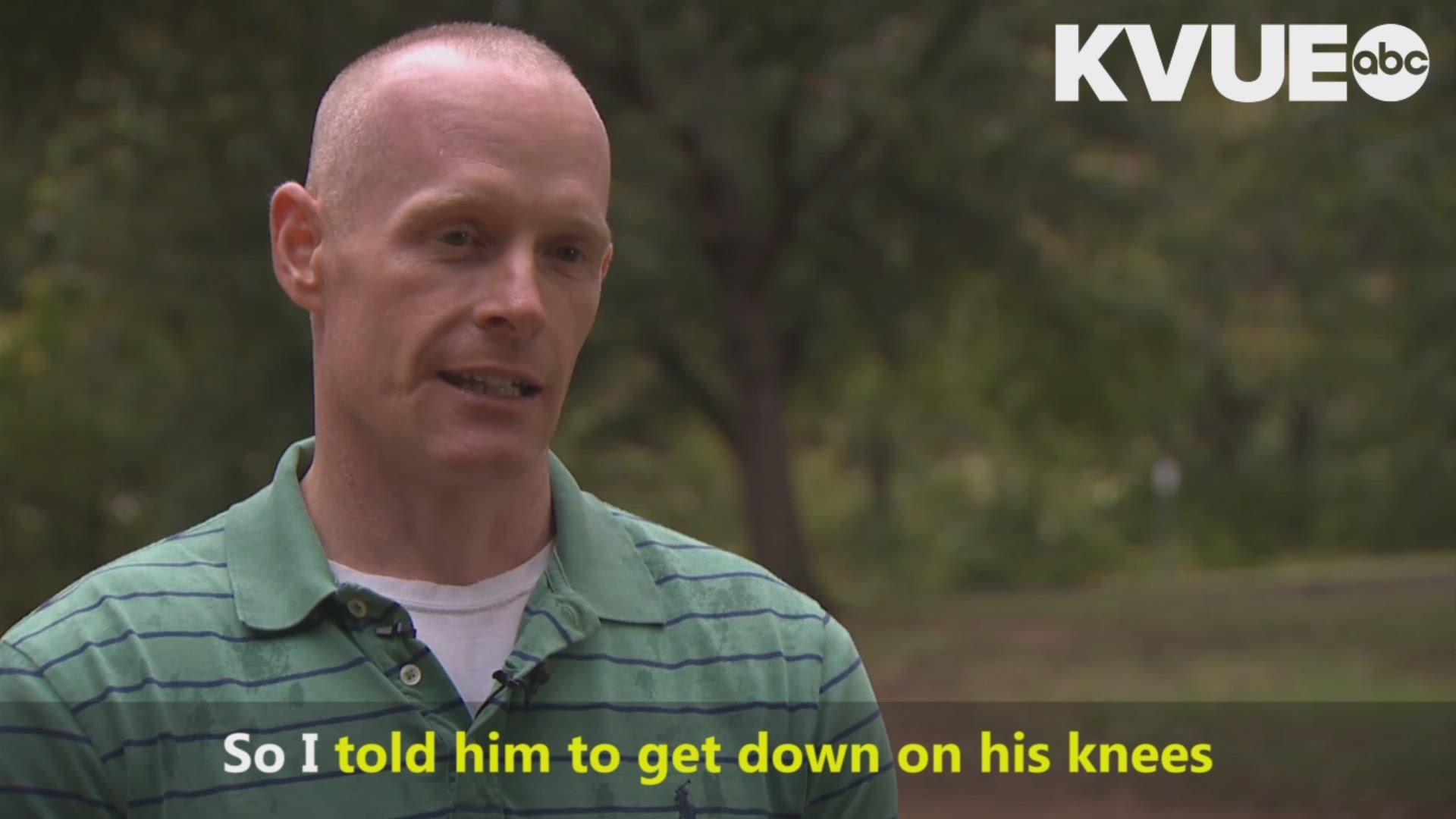 And what does Williams think about the notion of being a hero?