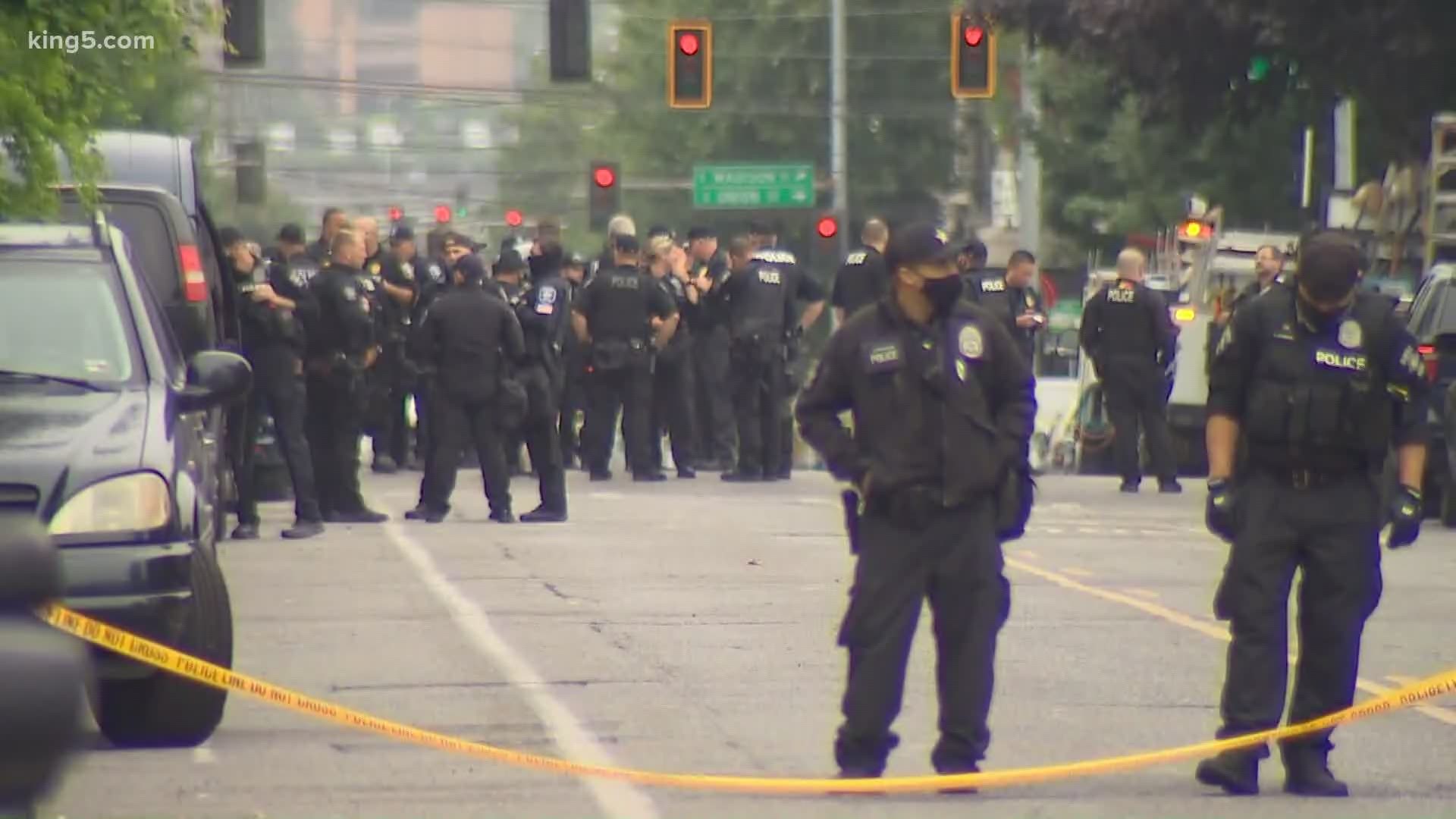 The "Capitol Hill Organized Protest" zone known as CHOP occupied six city blocks for more than three weeks. That area, along with the East Precinct, are now in the hands of Seattle Police. As of Wednesday morning, the only people allowed inside the CHOP boundaries were residents, business owners and officers.

Khan never closed his coffee shop, but did see his neighbors board up and said some even shut down.

Several residents and business owners filed a class action lawsuit accusing city officials of being complicit in depriving their rights to their property.

The mood at the CHOP shifted significantly after four shootings in 10 days. A 16-year-old and a 19-year-old died in the shootings and four other people were shot, including a 14-year-old boy.

“The loss of life for children is the worst part of it,” Khan said.

Residents and shop owners near the CHOP expressed their concerns about noise and violence since the area took shape. Many would only speak on the condition of anonymity for fear of retribution.

“It seems like we're supposed to sacrifice our piece of mind, our safety, for this movement and that doesn’t seem fare,” said one woman last week.

While the area formerly known as CHOP remains closed to the public, it's now occupied by new leadership of the Seattle police.